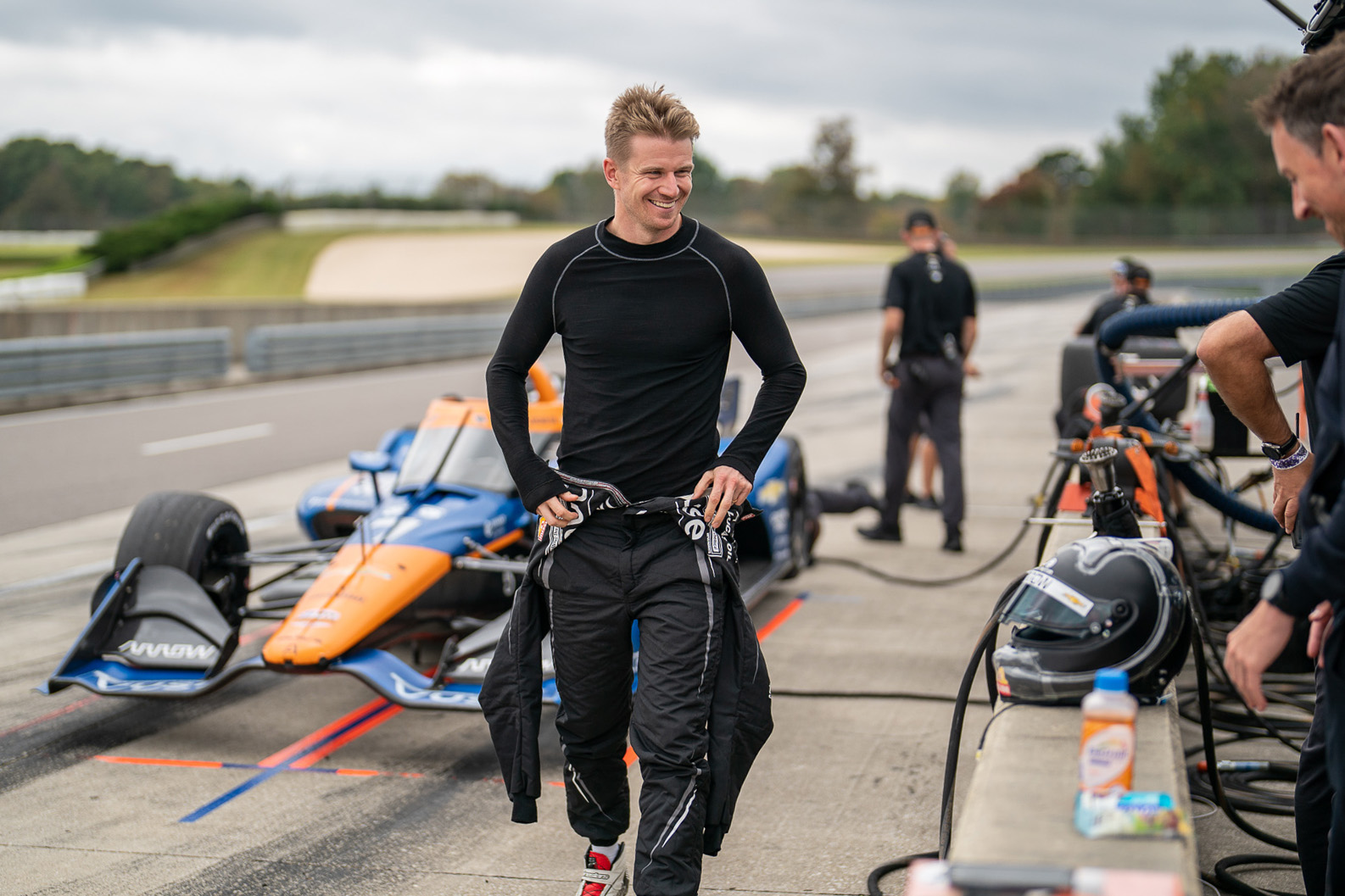 Nico Hulkenberg says it took him time to get up to speed with the physically demanding nature of IndyCar.

Yesterday marked the first time the German has driven the category’s Chevrolet-powered Dallara IR-18 as part of an evaluation test with McLaren SP.

Hulkenberg was one of five drivers on track at Barber Motorsports Park, which included series veteran Ryan Hunter-Reay who made a cameo with Ed Carpenter Racing.

Unlike Formula 1, IndyCar’s control chassis has no power steering, Hulkenberg describing the cars as “steering monsters” to drive.

“First time in an IndyCar, first time at Barber Motorsports Park, and overall I think it was a good and successful day,” said Hulkenberg.

“I definitely can confirm that these steering monsters are very physical cars and it took a while in the morning to feel comfortable, but in the afternoon the lap times and the performance started to come in and it was great fun.

“Big thanks to Arrow McLaren SP for this opportunity today and their very professional work on track.”

The 34-year-old is the latest driver out of Formula 1 to sample an IndyCar.

Marcus Ericsson and Romain Grosjean, formerly of Alfa Romeo and Haas, both made the switch to competing full-time in IndyCar in recent years.

Hulkenberg is the latest name in the mix to pilot the third full-time McLaren SP entry set to run in 2023.

McLaren CEO Zak Brown has indicated the team will run an additional part-time entry at some point next year.

It’s expected Stoffel Vandoorne will also have a test with the team later this year.

The Belgian made his Formula 1 debut with McLaren in 2016 and drove full-time with the team in 2017 and 2018 before switching to Formula E.