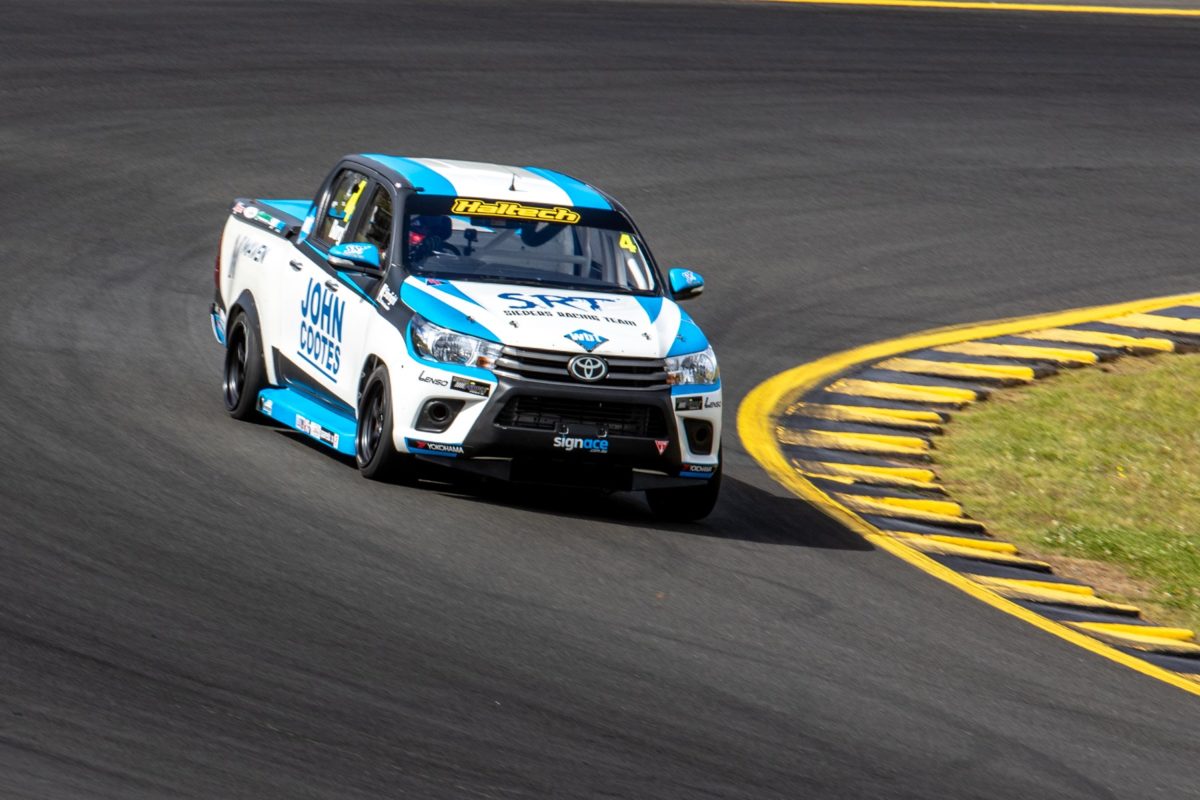 A 12-car entry list has been revealed for Round 2 of the Haltech V8 SuperUte Series.

The competition continues this weekend at Supercars’ Bunnings Trade Sydney SuperNight after competition in the category’s V8 era began at The Bend in May.

As was to have been the case at Winton later that month, an event ultimately cancelled due to a COVID-19 outbreak in Victoria, 2016 V8 Utes Series winner David Sieders will be part of the field.

He and Richard Mork are both making their first SuperUtes starts since 2018 in a six-strong Sieders Racing Team contingent, their team-mates for the weekend being Aaron Borg, Cameron Crick, Gerard Maggs, and Jaiden Maggs.

Borg and Crick sit second and third in the series respectively, behind Peters Motorsport’s Ryal Harris.

As previously reported, Harris will race at Sydney Motorsport Park despite being based in Queensland, which continues to operate a controlled border to New South Wales until mid-December.

Allgate Racing’s father and son duo, Michael and Chris Formosa, is back, as is Craig Jenner.

Action commences this Friday with two practice sessions, before a qualifying session and the first of three races on Saturday.