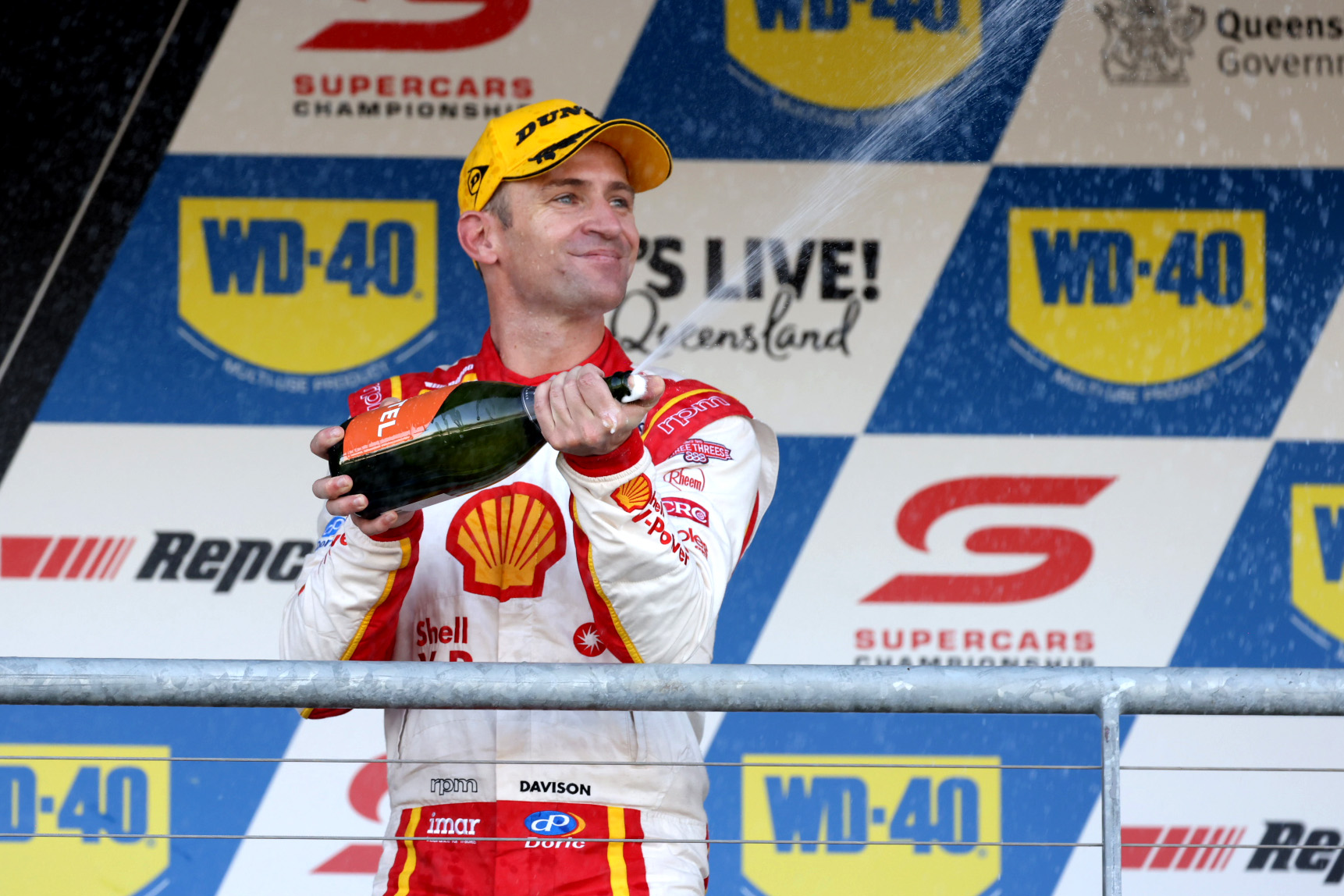 Will Davison claimed a podium in Townsville. Picture: Mark Horsburgh

While the Repco Supercars Championship is set for four rounds on the same circuit, Will Davison doesn’t expect the same result week in, week out.

Supercars will resume its season this weekend (October 29-31) for the first of four straight events at Sydney Motorsport Park.

Three of the four events have the same three-race 125km (32 laps) format, although there are differences in qualifying format, tyre compound, and time of day that could mix things up (listed below).

“Four events at one circuit, I’ve certainly never ever done that before,” said the Shell V-Power Racing Team driver.

“I don’t think it’ll be as simple as it’s made out to be. Each event is going to be very different.

“We’ll take each event as it comes. It’ll be fascinating to see how we evolve with our car.

“We’ve worked hard in this break to try and finetune what we’ve got to hopefully roll out at the first one very competitive.”

The first event this weekend will see Supercars take in a 15-minute qualifying session, Top 10 Shootout, and Race 20 on Saturday night.

Come Sunday, back-to-back 10-minute qualifying sessions will determine the grid for Race 21 and 22 respectively that afternoon.

Soft tyres will be used exclusively for the first event.

The following two-day weekend (November 6-7) will see a three-part knockout qualifying before Race 23 under lights.

Grids for Race 24 and Race 25 will be set by back-to-back 10-minute qualifiers, the latter race which will be under lights.

Teams will have hard and soft tyres at their disposal for the three races.

The same format will apply for the third event November 13-14), although Race 26, 27, and 28 will take place during the day and teams will only have soft tyres on hand.

The last event of the four (November19-21) will see qualifying and a Top 10 Shootout set the grid for Race 29, which will be under lights and take in 250km (64 laps) with refuelling.

The same format will apply for Sunday, although Race 30 will be during the day.

Uniquely, Race 29 and 30 will require teams to use a set of hard and super soft compound tyres exclusively in-race.

While there’s a fair bit of variation between events, Davison said everyone should be on top of their game by the penultimate round of the season.

“Naturally, people will get stronger over the four,” he said.

“I expect it to be incredibly tight come the fourth event. I’m very, very excited to go back racing. Excited we get to do five events in a very compact space of time.

“It’s going to be taxing for everyone involved. At the end of the day, we’ve had months and months stuck at home, so I think we’re all chomping at the bit to get into it, start working together as a team again.

“We all get on really well in the team. So at the end of the day, we’ll keep each other upbeat. Hopefully have some great results to keep the vibe high and just go to battle. I can’t wait”

Davison currently leads the way for Dick Johnson Racing, holding down fifth in the drivers’ championship ahead of team-mate Anton De Pasquale.

Davison heads into the season’s resumption with eighth podium finishes this year, his most recent at the last round in Townsville.

“We had such great momentum in the season so far to date,” said Davison.

“To have that halt in the season has been frustrating. We feel pretty lucky that we’ve still been able to come into work every week, keep working with everyone, and I feel like we can hit the ground running and pick up where we left off in Townsville all those months ago.”