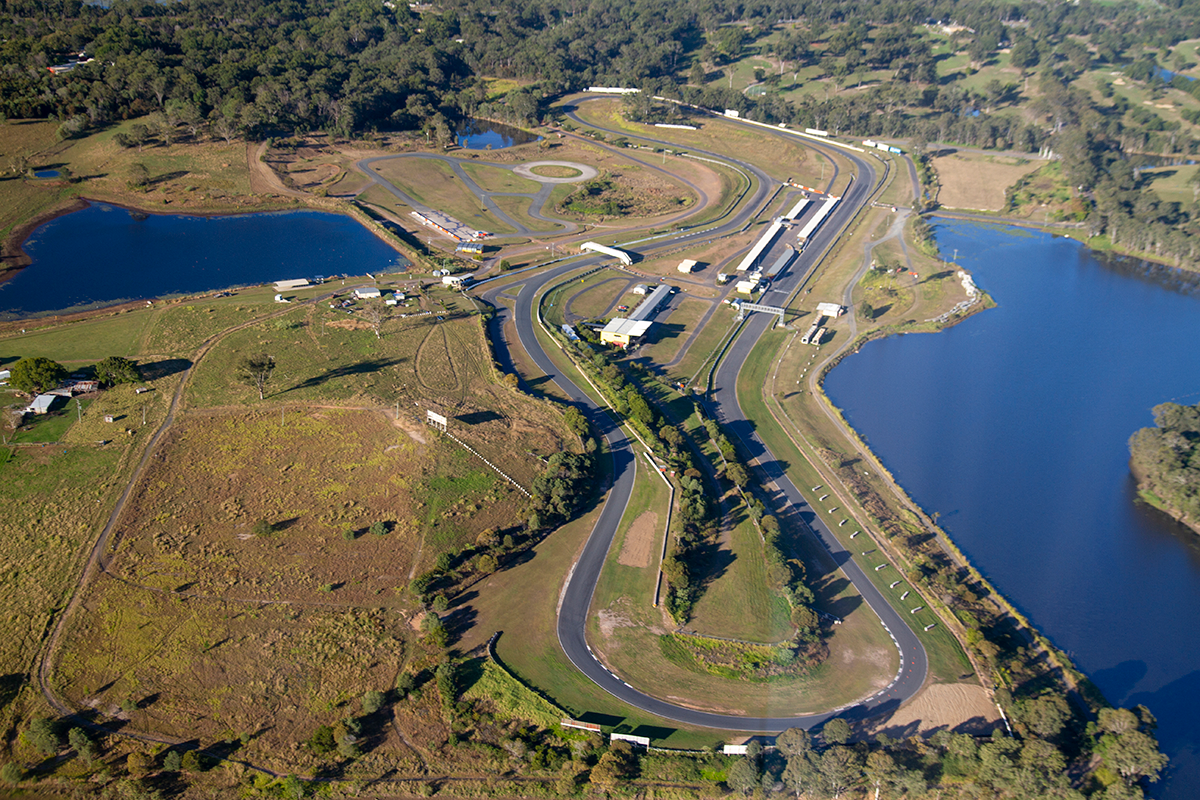 Queensland Raceways operator John Tetley has detailed part of his plan to preserve Lakeside Park and establish it as the region’s go-to grassroots racing venue.

Yesterday it was announced Tony Quinn would take hold of the lease, management, and operation of Queensland Raceway. Tetley, meanwhile, will continue to run Lakeside Park.

Speaking with Speedcafe.com following the announcement, Tetley said the agreement will allow him to focus fully on getting Lakeside Park back to its former glory.

Part of that is realising his dream to build a motorsport museum and a restaurant as well as working with the Moreton Bay Council to get the venue some protection from noise complaints.

“We [Quinn and Tetley] had a wonderful meeting over the weekend and that meeting was probably where the decision was made,” said Tetley.

“Tony and I had a chat about some things. This time I think we can say we’ve done the deal that is really good for grassroots motorsport and at the same time we’ll make it better for Queensland Raceway to move upmarket with some premier events.

“Meanwhile, I get nicely occupied growing Racers and bringing Lakeside back to its former glory after I get through all the political troubles.

“I want to concentrate on the grassroots. It’s going to take that level of concentration from somebody who’s got the nous and the dollars to push it back to where we had it in 2014.

“I would expect us to have a full-time restaurant and I still have a dream, Lakeside Heritage Automotive Motorsport Museum, which I’ve had as something I’ve wanted to do since 2011.

“Indeed I have been out to the government to say, ‘Guys, we need a motorsport museum. We have the cars, we have the people to run it, we have the place to put it, how about helping us to build it’.”

Alongside grassroots racing, Tetley is keen to push the venue’s position as an accessible resource for the community.

The facility has recently been used by Paralympics Australia and its cycling team as well as the University of Queensland’s Formula Student programme, UQ Racing.

Ultimately, had Tetley not done a QR deal with Quinn, he believes Lakeside Park would have faced a grim future.

“If I don’t double down on Lakeside, it won’t be here in five years,” said Tetley.

“I’ve put far too much money and time into Lakeside to let it drop. That place had chewed up near enough $7 million since we took it over in 2008.

“If there’s a legacy statement to be made here, I guess it will be to get Lakeside the proper legal protection against people who are misguided and that it continues to be the community asset that it is.”

Tetley admitted there are some legal hurdles to overcome, namely getting a ministerial infrastructure designation (MID).

“With changes in the Moreton Bay Council, we think we’ve got a fairly clean sheet to start from,” he explained.

“Plus, we’ve got the MID process still going through. Between the two of those, we should have Lakeside properly protected for the future so that some whinging neighbour can’t get us closed down, which of course has been what we’ve been fighting so hard against since 2008 really.”