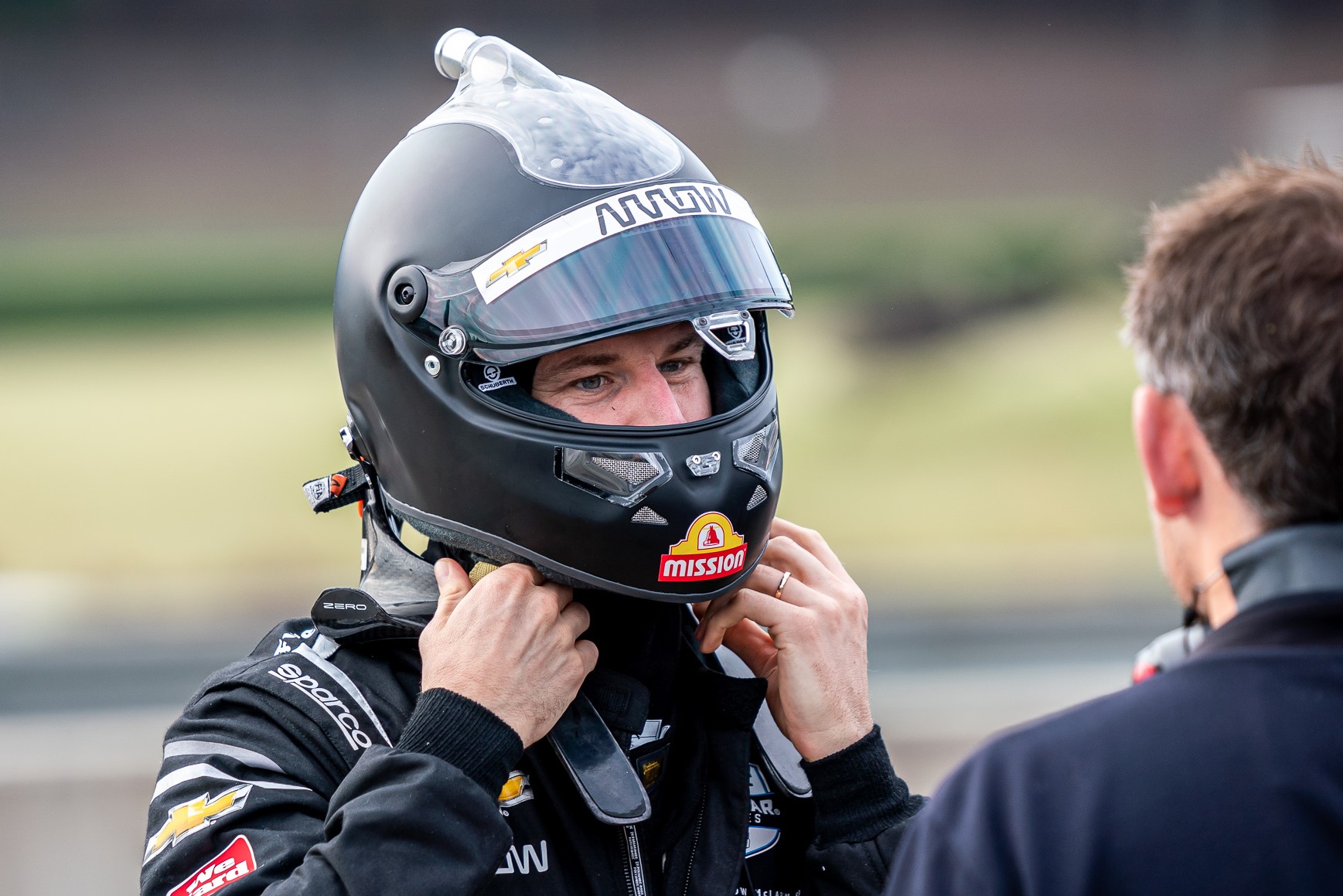 Nico Hulkenberg has cut his first laps in an IndyCar with McLaren SP, but don’t bank on the German getting a full-time series berth with the team in 2022.

The ex-Formula 1 driver completed 108 laps of Barber Motorsports Park in the team’s Chevrolet-powered Dallara IR-18, his best lap a 1:07.455s.

The 34-year-old was one second off the pace of Indy Lights runner-up David Malukas for Dale Coyne Racing, who completed the most laps of all in the five-car test with 136.

Should Hulkenberg compete in the IndyCar Series next year, it’s unlikely it will be full-time with McLaren SP.

The team is set to run a third full-time entry in 2023 with a part-time programme, including the Indianapolis 500, planned for 2022. Incumbents Pato O’Ward and Felix Rosenqvist are already locked in to return next season.

“I think IndyCar rewards aggressive drivers, and I consider Nico to be a guy who gets up on the wheel as they say, in American terms,” said McLaren boss Zak Brown in the lead-up to the test.

“We definitely won’t run a full-time third car [next] year,” he added.

“We will run a car in Indianapolis, and we intend to run a third car at some point later [next] year in anticipation of a full-time programme for a third car [in] 2023.

“Nico wants to see what IndyCar is about, and we’ll see how Nico gets on.

“And that will all be part of the process once we pull the trigger on that third car, who might be in that car. Nico is right towards the top of the list.”

The pair worked closely on the Porsche 919 LMP1-Hybrid programme in the FIA World Endurance Championship.

That would culminate in a debut 24 Hours of Le Mans win in 2015 alongside Earl Bamber and Nick Tandy.

“I knew Nico but as you say they’ve got some good history, so Andreas helps you know when and where he can if I need a favour. So yeah, definitely helped tee up Nico.”

Also in action at Barber Motorsports Park was Andretti Autosport youngsters Kyle Kirkwood and Devlin DeFrancesco, the latter of whom is in line to replace James Hinchcliffe in the #29 next year, while former Andretti stalwart Ryan Hunter-Reay was behind the wheel for Ed Carpenter Racing.