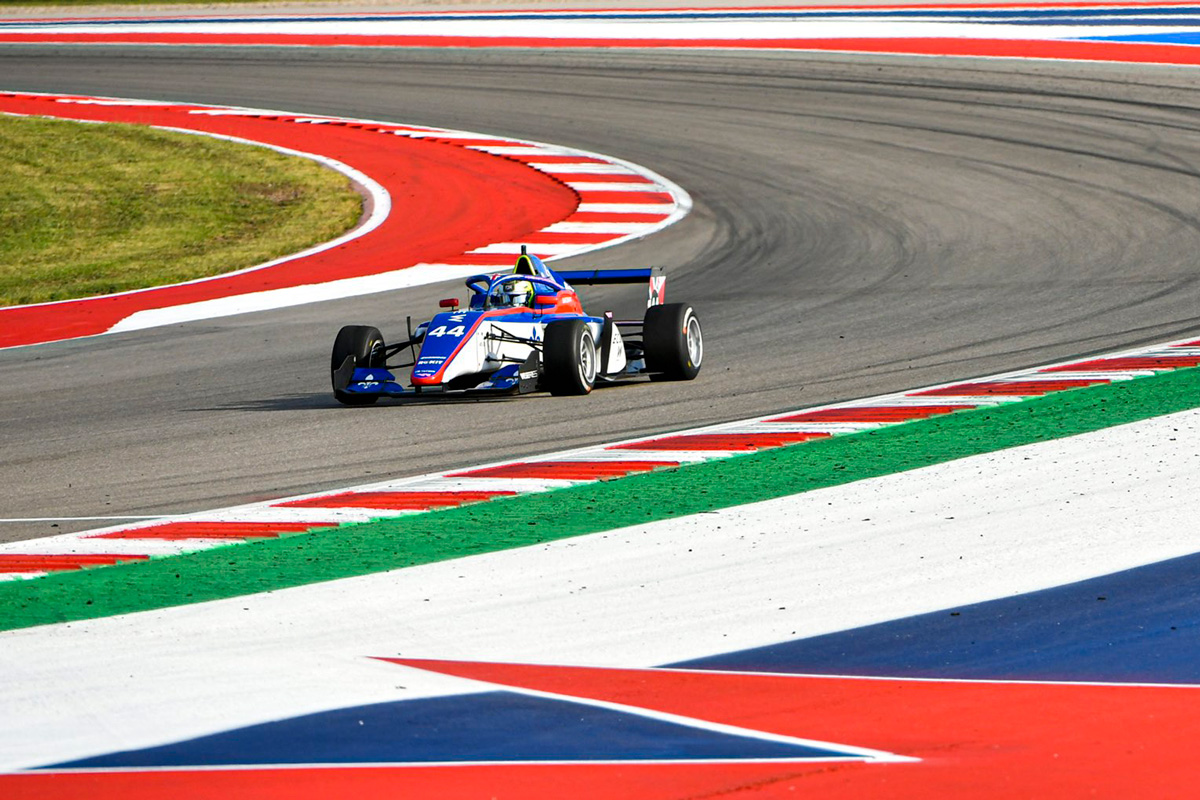 Former Super2 Series driver Abbie Eaton has hit out at the use of sausage kerbs at the Circuit of The Americas after suffering a vertebral compression fracture at the weekend.

The injury occurred when Eaton got airborne after running over a sausage kerb at Turn 15 during the first of two W Series races at Austin.

She was subsequently hospitalised and ruled out of the season finale the following day.

“What a rubbish weekend!” Eaton wrote on social media.

“Ran wide and went over one of the HUGE sausage kerbs that launched me into the air giving me a compression fracture at T4 vertebrae.

“Not ideal! Also found out one of the F4 drivers also did the same and has the exact same injury. Ridiculous! No need for them at all.

“A shame not to finish the season off properly but full steam ahead with months of rest, recovery and rehab!”

Eaton, who made a point of thanking the W Series support staff, finished the season with four top 10 results from seven starts.

The 29-year-old Brit contested the Adelaide round of the 2019 Dunlop Super2 Series for Matt Stone Racing, but further opportunities never quite came to fruition.

“It is a well-deserved success after an exciting campaign and we’re delighted to see her become a two-time champion.

“We have seen up close through the work she has done at Williams how much she has progressed as a driver over the past couple of years, and this is yet another indication of the talent she has behind the wheel.

“On a personal note, it was great to be able to watch Jamie’s success in person in Austin and I know the whole Williams team trackside enjoyed cheering her across the line on Sunday.”

As well as picking up $500,000 in prizemoney, Chadwick now has the sufficient level of Super Licence points to partake in a F1 practice session.