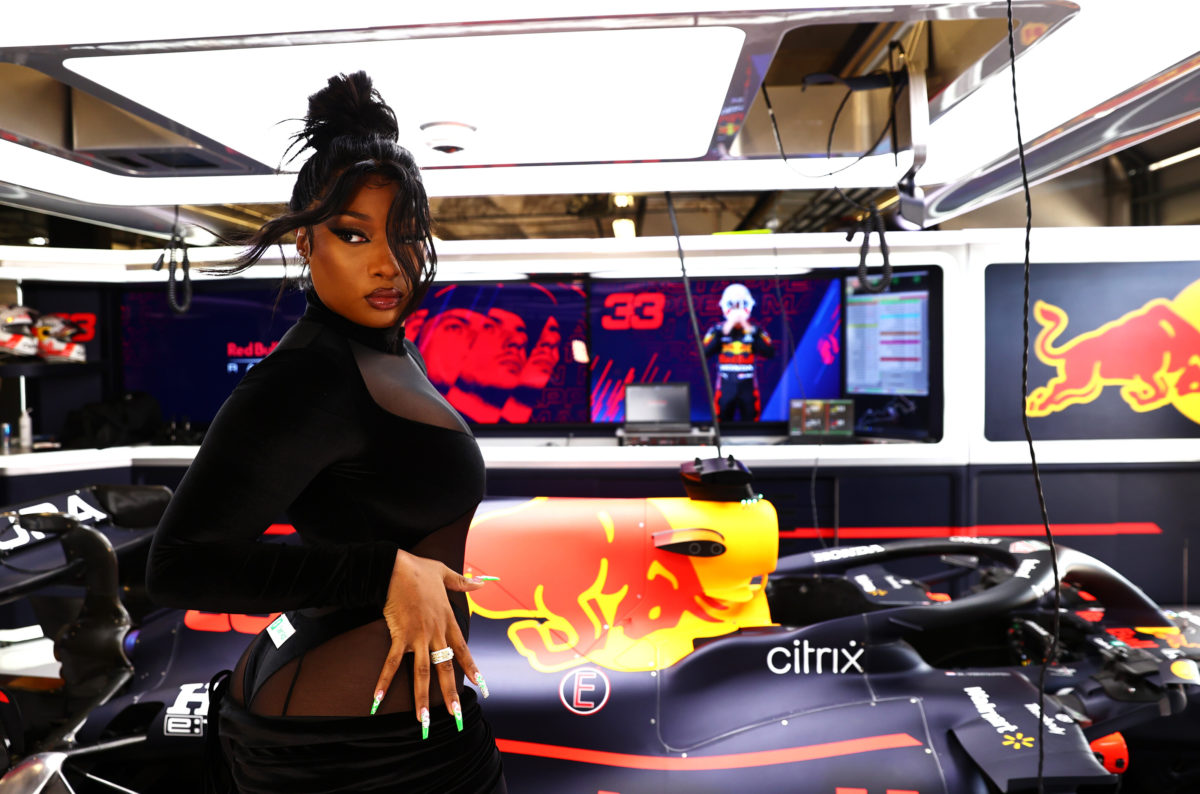 Martin Brundle has called for “manners and respect” from celebrities attending Formula 1 events after a bizarre grid walk prior to the United States Grand Prix.

The racer-turned-commentator took to the grid in his usual style for the first time in two years at the Circuit of The Americas after COVID-19 restrictions on the media were eased.

However, on three occasions he was either refused an interview or bundled out of the way by celebrity minders.

Most notable was his attempted exchange with rapper Megan Thee Stallion which saw him first pushed away by a bodyguard before seemingly being told he can’t talk to the American musician.

He was also twice brushed aside by Serena Williams’ entourage, though in far less abrupt fashion.

“I have felt under pressure on the grid before but by people called Senna, Prost, Schumacher, Mansell, Piquet and so on,” Brundle wrote on Twitter.

“Bodyguards visiting the grid for the first time don’t bother me, everyone’s got a job to do, but they could maybe learn some manners and respect on our patch.”

Brundle’s grid walks have become famous for their ad-hoc nature, with the Brit meandering through the crowd without a plan or script.

It has seen a number of other broadcasters follow suit, with former Speed and NBC Sports pit-lane reporter Will Buxton admitting he’s received similar treatment on live television.

“The F1 grid walk is the highest live TV pressure I’ve ever experienced,” he shared in a series of Tweets.

“You’re briefed beforehand if celebs don’t want to be interviewed. With the others you can only try.

“I’ve been pied. We all have. Usually nicely and with an apology. The others, it only reflects badly on them.

“I had one experience where a celeb had agreed to an interview on the grid and when I asked him my first question he turned on his heels and walked off laughing with his costar.

“I just stared down the camera and said ‘wow’.

“Had some amazing doorstep interviews on the grid,” he added.

“IceT once proudly told the viewers ‘this front wing costs more than your mother f##kin house’.”

Formula 1’s popularity is on the rise in the United States, with 400,000 people attending the event last weekend.

Coverage of the sport is provided by ESPN, which picks up the Sky Sports F1 feed, featuring Brundle.