Tickford Racing has announced that it has signed a new, multi-year deal with Cameron Waters.

The Campbellfield-based squad already held an option on Waters for 2022, but the two parties have come to an “all-new arrangement” which takes effect next year.

For Waters, who is currently third in the Repco Supercars Championship, it is an extension of a relationship which began in the Dunlop Super2 Series in 2014, and saw him go full-time in the top tier in 2016.

“It’s great to get this one locked away,” he said.

“Obviously Tickford has been home for me for quite a long time and we’ve had a great journey together getting to where we are, so I’m really happy to ink another deal with the team and I’m stoked to have the team at Monster Energy signing on with us as well.

“It’s been amazing to represent Monster over the past six seasons, we’ve done some really cool stuff and we definitely want to go bigger and better both on and off the track.

“We’ve come a long way but there are definitely some big boxes we have yet to tick, without a doubt that’s our focus in the years ahead.”

One of those ‘big boxes’ is a championship title to go with the 2015 Super2 crown which he shared with Tickford.

Waters has also won the Sandown 500 and four solo races in the Supercars Championship, including two in the most recent event of the ongoing season, as well as qualifying on pole for the 2020 Bathurst 1000.

“One hundred percent, the goal is to win a championship,” said the Mildura native.

“We won the Super2 championship in 2015 and have built up to this point where the Monster Mustang is a genuine contender and we expect to compete for wins every race.

“I know I’ve taken a lot of steps forward as a driver, the team’s stepped up a lot in its own right to get to where we are, and I feel we’re ready for that next step.

“We have the tools and the opportunity to fight for a championship, and the goal is to win that fight.” 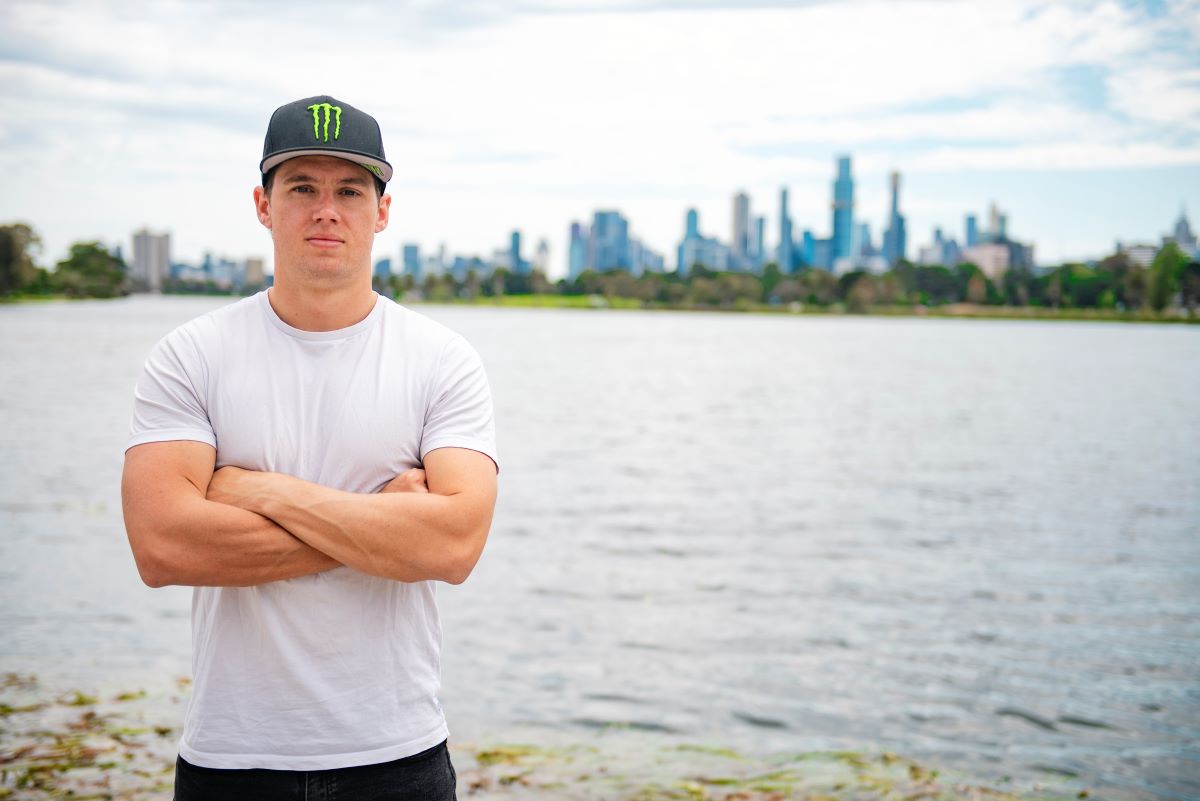 Confirmation of Waters means that Tickford’s full-time line-up for the 2022 Supercars Championship has now been settled.

In a video released in conjunction with the announcement, the team’s longest-serving current driver reaffirmed that he will share a garage with fellow incumbent James Courtney next year.

In the other garage at the Tim Edwards-led outfit will be Thomas Randle, who has a programme of wildcards and the Bathurst 1000 with Tickford this year, and Jake Kostecki, who is switching from Matt Stone Racing.

Waters’ sponsor hailed their own renewal, with Tim Ryder, marketing director of Monster Energy – Oceania, remarking, “Our relationship with Tickford Racing and Cam Waters has gone from strength to strength over the years, so we’re very pleased to extend our partnership into the future.

“Supercars is an important part of Monster Energy’s sporting portfolio in Oceania, and in supporting Tickford and Cam we know the Monster Energy car is always a contender.

“We can’t wait to see Cam back on track, and are very much looking forward to continuing our relationship into the years ahead.”

Waters finished behind only Scott McLaughlin in last year’s championship and has so far been Triple Eight Race Engineering’s biggest threat in 2021.

He is 412 points behind Shane van Gisbergen and 136 away from Jamie Whincup ahead of the resumption of the campaign this Friday with the Bunnings Trade Sydney SuperNight at Sydney Motorsport Park.