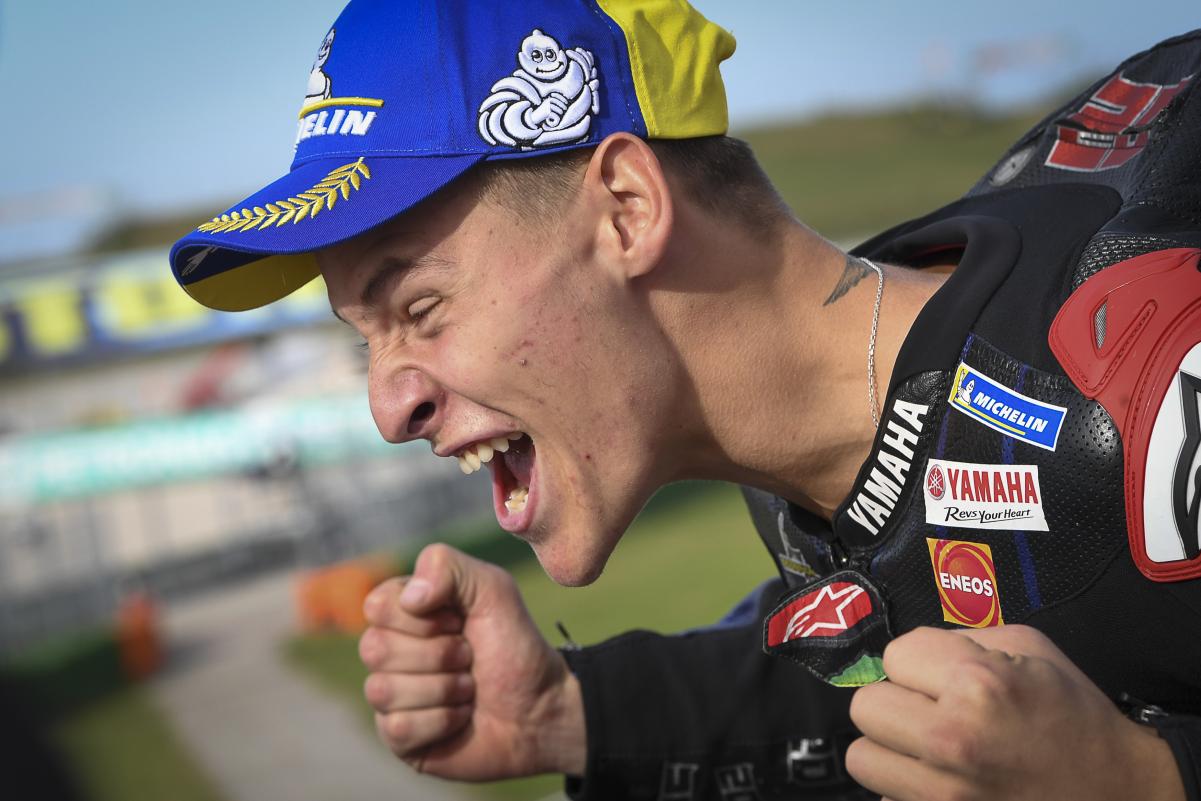 Fabio Quartararo says he is struggling to comprehend becoming a MotoGP world champion in the hours after sealing the title at Misano.

The Frenchman finished fourth in the Emilia Romagna Grand Prix from just 15th on the grid, on a day when the only man standing between him and championship glory was starting from pole.

That was Francesco Bagnaia, who had to make up ground on Quartararo in Misano to take the title fight to the next round, and he was leading the race until he crashed out with just over four laps to go, which settled matters.

“Well, to be honest, I have already not my original voice just a few hours after,” said the Yamaha rider who is now a MotoGP world champion.

“So, I cry a lot, I scream a lot, but it feels amazing, because when I cross the finish line, I think of all the tough moments I had and to be world champion in MotoGP is something that I never expect when I was in a bad situation a few years ago.

“So, right now, I’m feeling on a dream, and I don’t realise what is happening to me right now.”

Quartararo made his MotoGP debut two seasons ago with SRT, at which time he had not finished a season in one of the junior grand prix classes any higher than 10th.

At the time he was announced for that seat, he had just the one grand prix win to his name, that being one of only two podiums in the preceding three years.

Even last year, when ‘El Diablo’ won the first two rounds, his formline tailed off dramatically, to the point where he finished inside the top 10 just once in the last five races and ended up eighth in the standings.

“Just before the start of the race, I was with Tom in the office, and I was nervous, I was feeling stressed,” recalled Quartararo.

“He say, ‘Just think about the last three races you had last year’. That was a total disaster; I just wanted to finish the championship, whatever the position was, and today I started the race that make me world champion.

“I think all the things that happened last year helps me a lot to win the title today and thanks to all these people for supporting me on this tough moment and I think I learned a lot during this these two years in MotoGP and still a lot to learn to achieve more results like that.”

A championship-clinching result in Misano seemed unlikely given how qualifying had played out, but Quartararo says he would have been proud to have hauled his way from Row 5 to finish fourth even if Bagnaia had kept his season alive.

“Of course, [I had] extra nerves because I never start after P11 on MotoGP,” explained #20.

“I’m starting from P15 on one of the most important races of my career and we choose safe, let’s say great tyres, but I mean, for us, the hard [compound] would have been much better.

“I think that the podium was there with the hard, but I have no more stability when I was behind all the group; I couldn’t overtake.

“And of course, with the championship is something extra.”

The penultimate round of the season is the Algarve Grand Prix at Portimao on November 5-7.