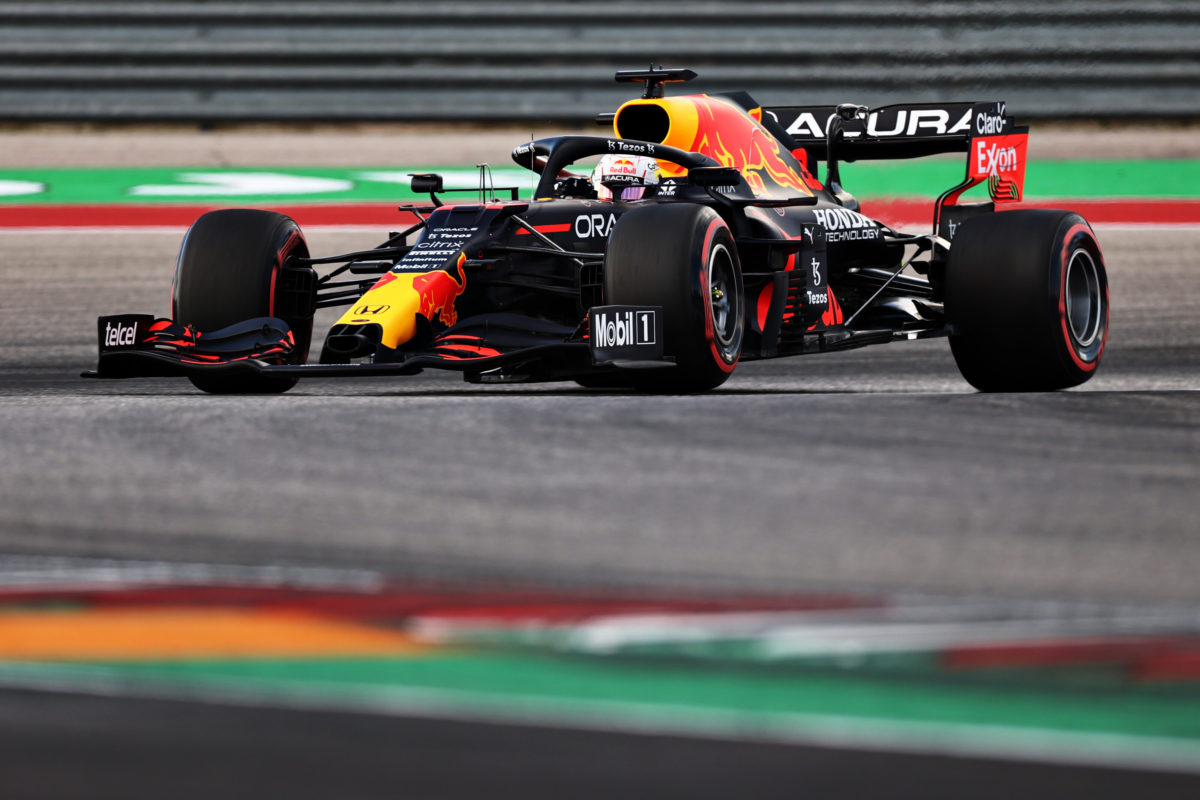 Late laps from both title protagonists saw the Mercedes driver take pole as the chequered flag fell to end the session, only for Verstappen to claim the place.

Sergio Perez came close to a maiden pole, holding the spot provisionally before the late flurry saw him demoted to third.

Bottas qualified fourth (but will take a five-place grid penalty) while Daniel Ricciardo got the better of team-mate Lando Norris, the two McLarens seventh and eighth fastest respectively.

The early minutes of the session proved busy with Mercedes, Ferrari, and Red Bull all sending both their cars out.

Max Verstappen was the initial benchmark with a 1:34.521s from team-mate Perez.

Those times didn’t stand as a strong final sector saw Ricciardo go fastest with 1:34.407s with Norris third best with a 1:34.551s.

With four minutes remaining in the opening segment, neither Kimi Raikkonen nor Nikita Mazepin had set a legal time – their sole efforts to that point having been deleted due to track limits.

Though they eventually managed to record a time, both were eliminated at the end of Qualifying 1, joining Lance Stroll, Nicholas Latifi, and Mick Schumacher.

Hamilton and Bottas emerged from the garage early, the latter the pilot fish as they ran in close formation.

Red Bull, which had mirrored Mercedes’ early approach, responded with a 1:33.464s from Verstappen to go fastest.

Running wide at the penultimate corner resulted in Perez having his initial Q2 time deleted, a 1:34.074s.

Ricciardo also had his time deleted, a 1:34.248s, as Norris went third best in the sister McLaren.

With just under six minutes to run, Perez headed back on track.

That line of traffic emerged from the lane as Perez started his flying lap, though the Mexican was able to complete a 1:34.178s to go seventh fastest.

Ricciardo’s lap started with less than two minutes remaining, the Australian recording a 1:34.643 to go only ninth best on a set of medium tyres.

Norris’ initial effort netted a 1:34.015s which was third best until Ricciardo logged a 1:33.903s only for the Ferrari pairing to both go faster still.

Red Bull then stunned the field, Verstappen setting a 1:33.199s before Perez put himself on provisional pole with a 1:33.180s.

A sluggish first sector for Hamilton on his second push lap ultimately netted a 1:33.119s to edge his way to provisional pole as light rain was reported in the pits.

Perez improved on his final lap but fell shy of the front row, his 1:23.134s leaving him alongside Bottas on the second row.

Ferrari locked out the third row, Leclerc ahead of Sainz, followed by Ricciardo, Norris, and the AlphaTauri duo of Pierre Gasly and Yuki Tsunoda.