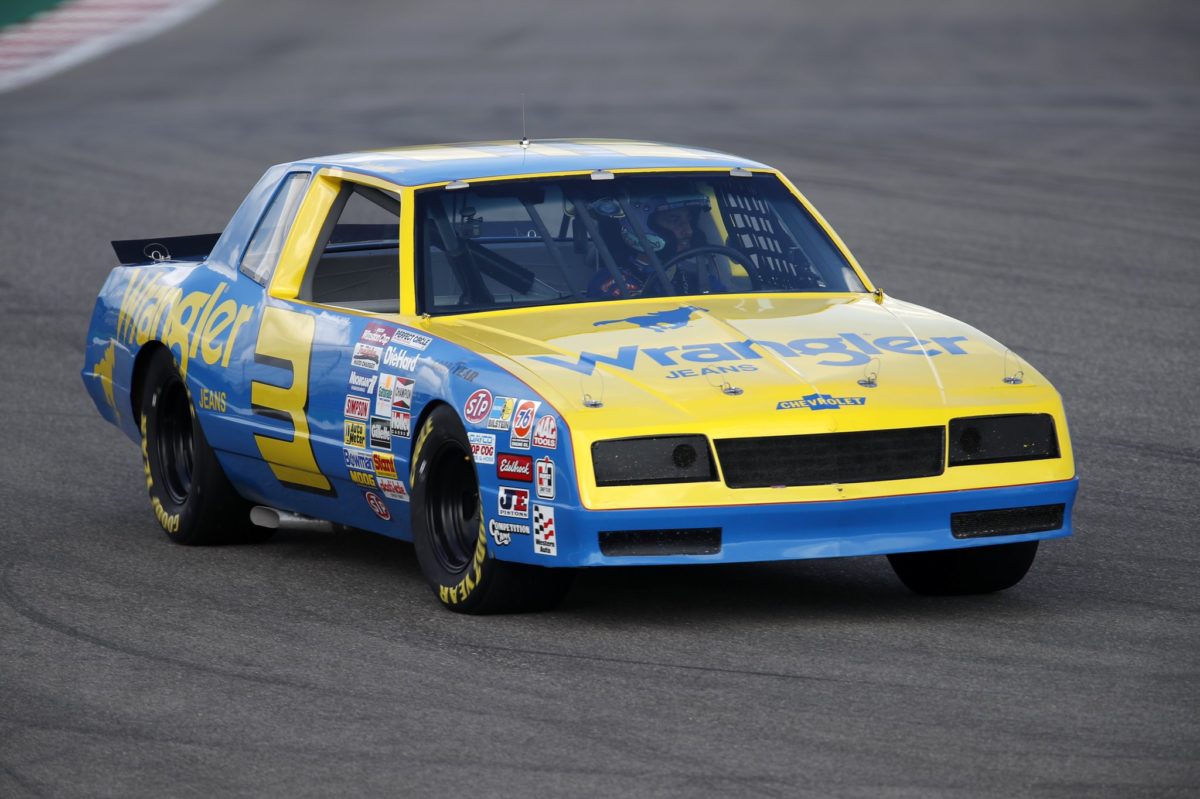 Daniel Ricciardo at the wheel of Dale Earnhardt’s NASCAR

Daniel Ricciardo has completed his maiden run in a Dale Earnhardt NASCAR at the Circuit of The Americas.

The Chevrolet Monte Carlo is now owned by McLaren CEO Zak Brown, with Ricciardo offered a drive if he delivered a podium during his first season with the squad.

He duly did so in style at the Formula 1 Italian Grand Prix, winning the race as part of a McLaren one-two.

Making good on their bet, Brown shipped the car back to the United States in time for Ricciardo to take the wheel this weekend.

“I’m out of breath,” the Australian said after stepping out of the car.

“It was cool, just to hear it and also just to change gear, you just really felt like you were on top of it, and you had to wrestle it.

“In saying that, it handled a lot better than I thought.

“I felt like I was able to get into it but I wasn’t comfortable catching the oversteers – you have to catch the wheel, and I’m not really used to that so it got out of me a little bit.”

“I wasn’t comfortable watching the oversteers,” joked Brown, who watched on from pit lane.

Brown acquired the car three years ago, having been in the crowd when it was driven to victory by Ricky Rudd in 1983.

It was then used by Earnhardt in 1984 and 1985, wearing two different Wrangler liveries during that period, as it chalked up further NASCAR wins.

While Ricciardo’s podium was payment for his Monza podium, the Australian joked he still expects more given he scored McLaren’s first win since 2012.

“I think it was Bahrain [he] gave me the model car,” he said.

“We said podium, we didn’t actually say win, so I’m still expecting something else for the win!”

A deal’s a deal. 🤝 @DanielRicciardo on track in Dale Earnhardt Sr’s 1984 Wrangler Chevrolet Monte Carlo. Owned by @ZBrownCEO, this was the prize for his first podium in papaya colours! 🧡#USGP 🇺🇸