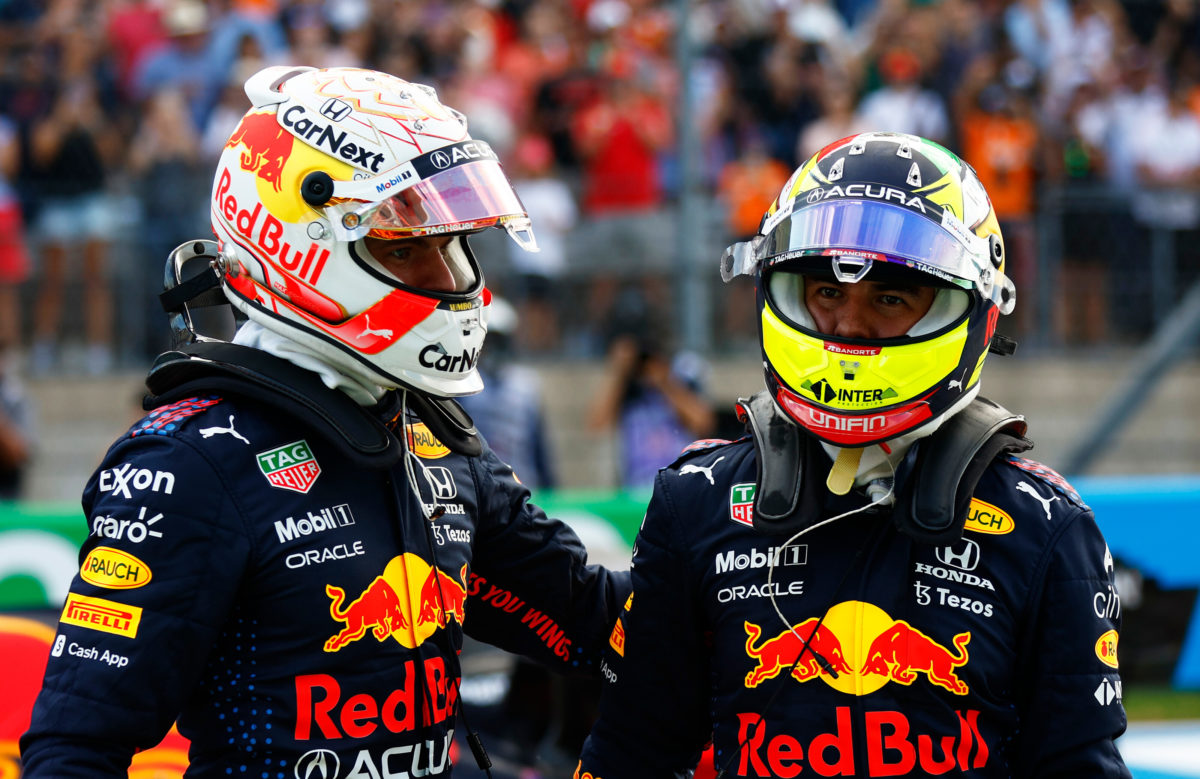 A disappointed Sergio Perez thought he was on course for his first Formula 1 pole position during qualifying for the United States Grand Prix.

The Mexican was fastest after his first run in Qualifying 3, and looked to have the pace to maintain that spot in the dying moments of the session.

However, strong laps from team-mate Max Verstappen and Mercedes’ Lewis Hamilton, coupled with light rain in the final corners, saw him demoted to third.

“I knew that there was some time to find so I felt like this could be my day,” the Mexican said.

“Unfortunately I didn’t put it all together in the end when it counted but I still I think we are in a good position.

“It’s going be a pretty long race tomorrow so I’m not too concerned about the qualifying.

“I think there is plenty of opportunities for tomorrow.”

The two-time grand prix winner was the last car on track.

Usually a benefit, in Austin Perez felt it ultimately cost him lap time as light rain began to fall.

“It’s probably a bit of confidence going through there, knowing that it’s a bit wet, but I felt like I lost quite a bit of time.

“I think it was quite a bit faster and just lost my lap time through there.”

Perez has demonstrated strong pace throughout the weekend thus far.

He topped Free Practice 2 on Friday, and again in final practice, showing himself to be a close match for Verstappen throughout qualifying.

“It shows just how hard we’re working behind the scenes to try to get on top of the car,” he said.

“Together with my engineers, we haven’t had the year that we were hoping [for].

“The adaptation has been longer than expected but we’ve been working flat out and I can just expect to keep getting better.”

Perez’s strong qualifying result comes at a good time for Red Bull, which trails Mercedes by 36 points in the constructors’ championship.

Verstappen will start the race from pole, with Hamilton second, and Valtteri Bottas set to line up ninth after a five-place grid penalty.

A strong start and opening lap from Perez could therefore leave Red Bull in a good position to claw back points in that battle.

“If we can get a clean Sector 1, you hope by the time you get to Turn 11 you’ve got that little bit of a gap.

“That’s going to be going to be crucial, and if Max can see the yellow helmet of Sergio in his mirrors, I think it’d be a lot happier with that.

“There’s two championships that we’re pushing for; one is the drivers’, the other is the constructors’,” he added.

“It’s an opportunity to take a few points out of the constructors’ here.

“With Valtteri taking the penalty we’ve got to try and capitalise on that.”

The United States Grand Prix gets underway at 06:00 AEDT on Monday morning.