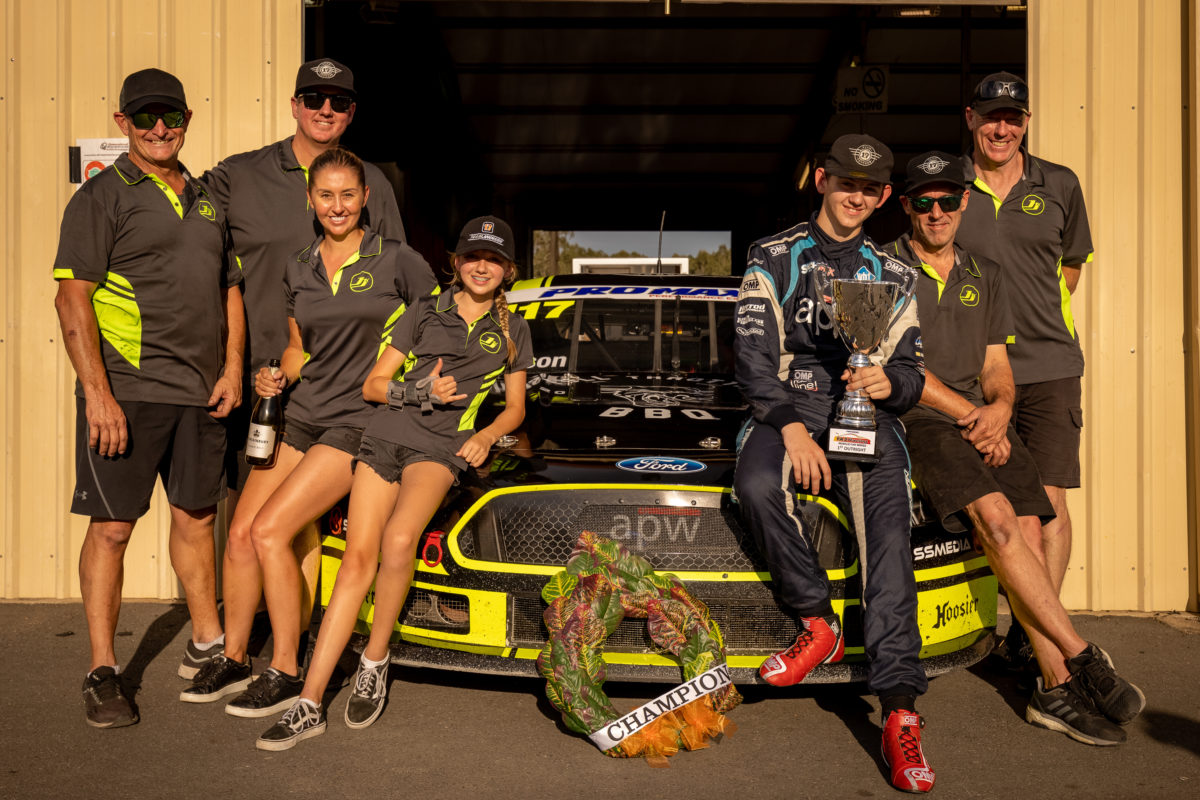 The third-generation driver won the third and final round at Queensland Raceway with a consistent weekend showing, finishing the four races in third, fourth, second, and second respectively.

Nash Morris claimed victory in three of those four encounters but Race 2 was problematic for both he and Johnson.

It was then that Morris was a DNF due to a gearbox issue, while the series leader had to circulate in third gear due to a broken shifter.

The Northern Series was instituted to ensure some meaningful racing could take place while state borders were closed, and, having bagged that title, Johnson is now keen to take on national competition.

“It feels incredible to have won the TA2 Northern Series this year and to have this trophy in my hand, it’s my first title in cars,” said the 16-year-old.

“It all happened so quickly when we joined the series this year, but it’s been such a good breeding ground for me and I’ve learned so much racing these TA2 cars.

“The Northern Series was great while we couldn’t travel interstate this year; to have these three rounds at Queensland Raceway was fantastic and the racing was intense throughout all three rounds.

“After that gearstick issue in Race 2 I was pretty nervous with only one point splitting Russell [Wright] and I, but I’m so relieved when we crossed the line and it’s been such an amazing weekend.

“The national title would be what we’d look at next year, and we’ll also look at doing some Trans Am rounds on the ARG calendar, but we’ll assess our options and see what we can tackle next year.

“Thanks so much to my Dad [Steve], Paul Forgie [engineer] and our whole crew at Team Johnson and our sponsors that have supported me through these races.” 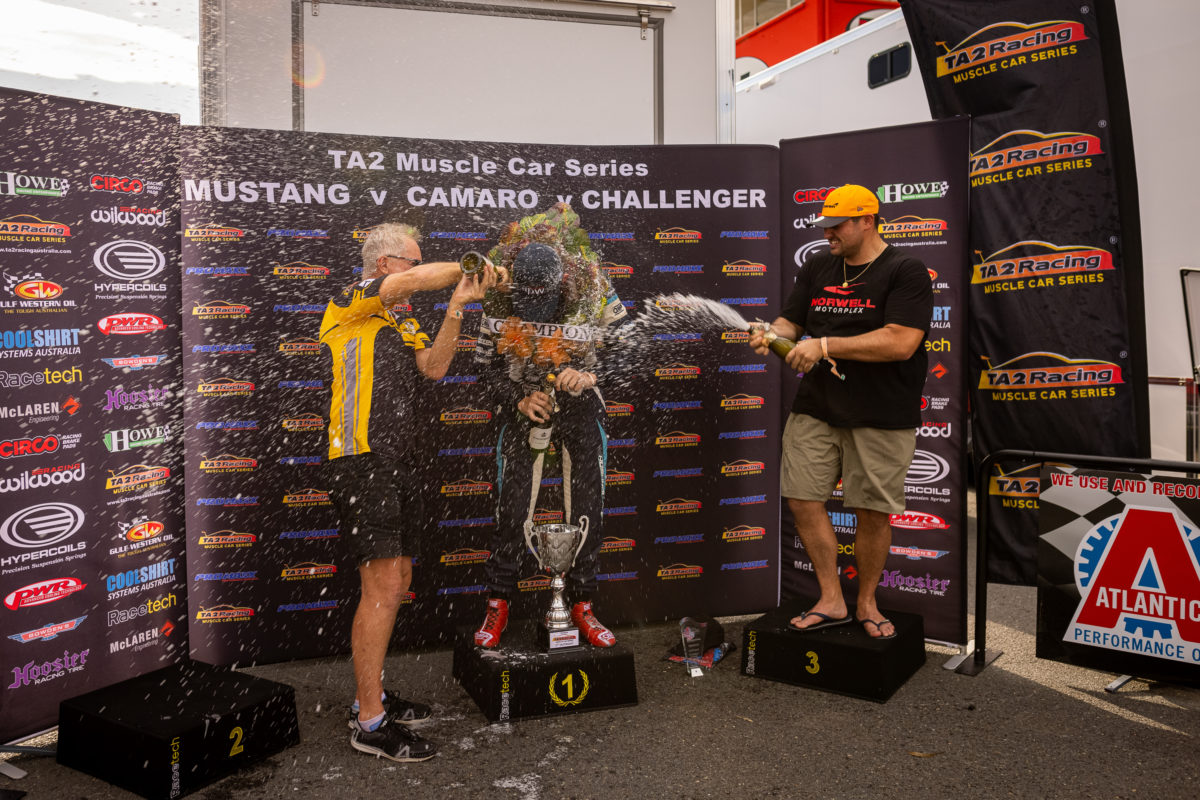 Morris led all the way in Race 1 on the day prior and was held the same position in Race 2 until Lap 11, when he had to retire.

He drove the #94 Norwell Motorplex entry from last to first in Race 3 and went on to a comfortable victory in the weekend finale.

Wright was the main beneficiary of Morris’s misfortune, with Karl Begg taking second and John McLaughlin third in Race 2, ahead of the battling Johnson.

The result saw the gap at the top of the series standings narrow to one point, before Johnson nabbed second spot from Wright in Race 3 with a final-lap pass.

That gave him three points’ worth of breathing space, but Wright pulled off on the formation lap for Race 4 with a broken axle anyway.

In a somewhat nostalgic top three in the final race of the season, Morris beat Johnson by four seconds, with Dalton Ellery third.

Ellery, son of Steve, had missed the start of Race 2 with a broken wheel stud but drove to seventh in Race 3 and then continued that progress.

Wright ended up second in the series, and was gracious about the outcome.

“I may have pushed too hard on the warm up lap; however, I think we’ve broken an axle,” he said.

“I kept a great set of tyres for the final race and I was confident I could take it to the young fellas and maybe win the series; however, it wasn’t to be.

“Congratulations to Jett. Winning this series will do fat more for his career at his age than it would do for me at my age, and he’s an absolute pleasure to race against and a deserved champion.”

The TA2 Southern Series is set for a round at Winton Motor Raceway on November 12-14, before a combined round with the National Trans Am Series at the Repco Bathurst 1000 from November 30.