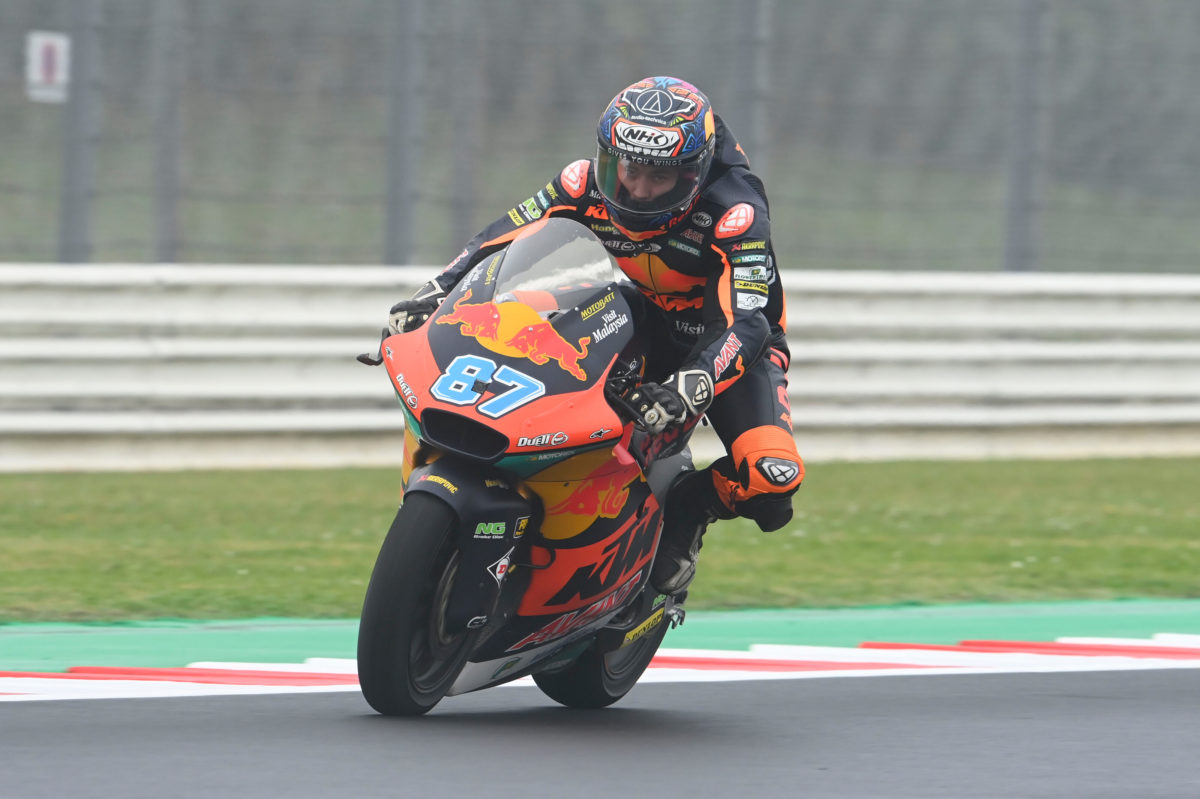 Sam Lowes has claimed pole for the Emilia Romagna Moto2 Grand Prix while Remy Gardner could only qualify 14th.

Raul Fernandez had been shuffled back to eighth when he had his tumble at Turn 2, during his second run, at which point Gardner was only 15th.

The Australian did find time after the chequered flag, but scarcely enough given the 1:37.825s could only promote #87 to 14th.

It was a cool Misano when the grid for the intermediate class was set, and Jorge Navarro (+Ego speed Up) was fastest initially on a 1:38.017s.

He consolidated that with a 1:36.683s next time around and while Raul Fernandez briefly held second spot, it was Elf Marc VDS duo Lowes and Augusto Fernandez who were proving the bigger threats for pole.

There was a question mark over whether or not yellow flags were still out when the Briton transited Sector 4 on that lap but that is academic given he went on to record a 1:36.510s after the chequered flag.

Navarro got as quick as a 1:36.555s to take second on the grid, with Augusto Fernandez third.

Augusto Fernandez also earned the ire of Canet as they took the chequered flag, the Aspar rider apparently upset at a perception that he was held up on his final lap.

Marco Bezzecchi (Sky VR46) is set to start 24th after crashing and not making it out of Qualifying 1.

A crash in Q2 is under investigation after Jake Dixon’s bike nearly hit marshals who were already attending to a spill for his Petronas Sprinta team-mate Xavi Vierge at Turn 15. 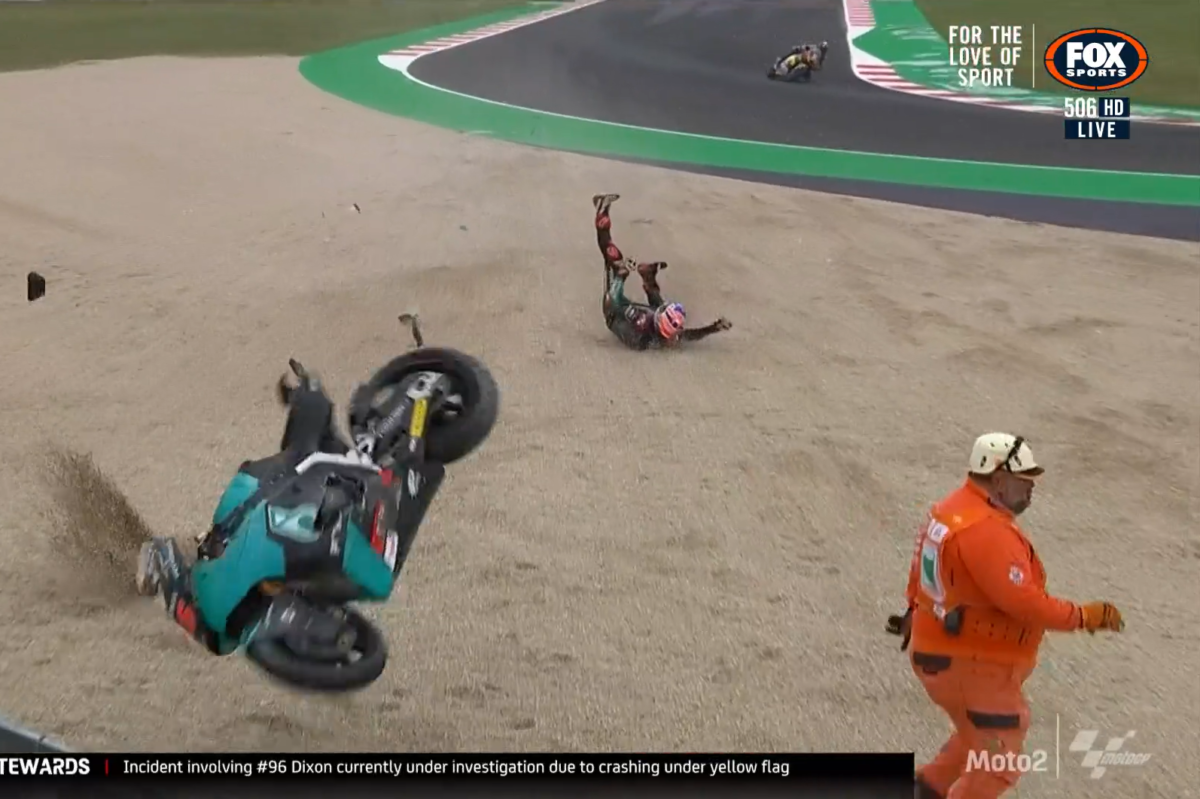