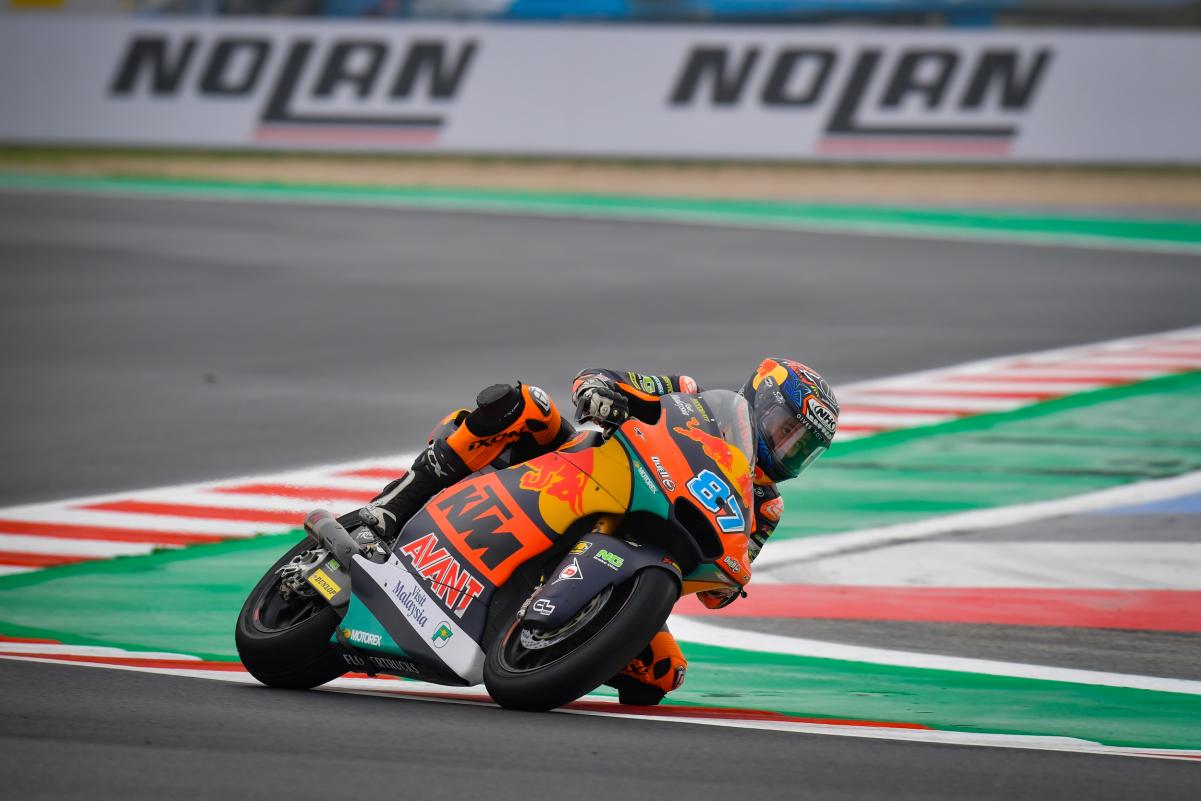 Remy Gardner admits he did not expect to struggle so much as he qualified 14th for the Emilia Romagna Moto2 Grand Prix.

The championship-leading Red Bull KTM Ajo rider was first to set a lap time in Qualifying 2 at Misano but that was only good enough for eighth once everyone else had done so.

Gardner was shuffled to 15th during his latter run, at which point he did not improve enough to drag #87 off Row 5.

“We did not expect to be that far behind in qualifying, but the conditions were very difficult.

“However, the race is tomorrow, and we have to fight our hardest, be strong and ride smoothly.

“We will do everything in our power to achieve a good result at this contest.”

KTM Ajo wrapped up the teams’ championship three rounds ago but this weekend’s second visit to Misano has not been one of its better showings thus far.

Both Gardner and Raul Fernandez, the latter of whom trails the former by nine points, had already acknowledged that they were having a difficult time of the changeable weather conditions.

Raul Fernandez fared better than his team-mate in qualifying, but was also subpar in taking ninth on the grid during a session in which he crashed at Turn 2.

The Spaniard attributed the incident to the error of pitting and losing tyre temperature, while also noting persistent light rain.

“This has been a tricky weekend, due to the weather conditions we are having,” said Fernandez.

‘It seems that the track is going to dry out quickly, but it didn’t stop spitting with rain. Even so, it was a positive day and I felt very good riding in the wet.

“It was a shame, because in Q2 I shouldn’t have stopped in the box since I couldn’t warm up the tyre afterwards and I crashed. I apologise to the team for this, and we have to learn from it.

“Tomorrow we will push to the fullest from the start, although it will be an uncertain race because no one has been able to ride with a dry set-up.”