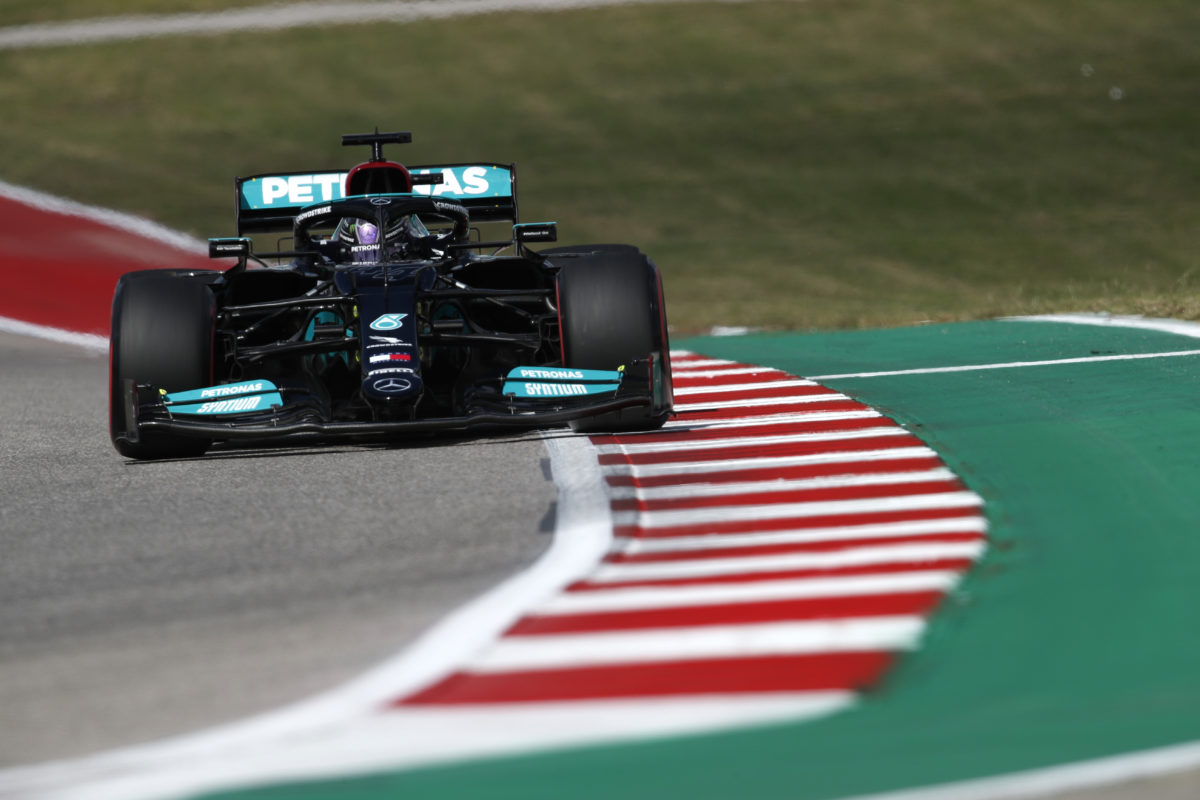 Lewis Hamilton and Max Verstappen are hoping for a clean start to the Formula 1 United States Grand Prix after qualifying alongside one another on the front row.

The pair are locked in a tight championship battle, Verstappen holding a six-point advantage after 16 rounds thus far.

At points that has boiled over, with two high profile on-track clashes already this season.

On Friday in Austin, the pair also found themselves together on track during practice, much to Verstappen’s frustration.

Jockeying for position, the Red Bull driver found Hamilton overtaking him into the final corner, accelerating in an effort to maintain track position ahead of the Mercedes.

The pair then ran wheel-to-wheel down the front straight and into the first corner.

“I didn’t run him wide, he decided to go around the outside and ended up going wide,” Hamilton said of that exchange.

“We were battling in the last corner and it’s a silly thing.

“It’s all fun and games and we’re going to have fun tomorrow and give it everything as you would expect, there’s no real difference to any other part of the season.

“I hope we make it through Turn 1 and we get a good race,” he added when asked how he sees the race start unfolding.

Verstappen meanwhile was less receptive when asked how important the start will be, and whether the incidents the pair have had will play a factor as they head towards the left-hander.

“Like we always try, as professionals,” the Dutchman responded when asked how he planned to tackle the start.

“I don’t see why we always have to keep bringing this up – it’s not like we’re the only ones who have touched in this sport and these things happen, unfortunately.

“But I think we are on the front row again and everyone is just expecting a great race and that’s what we also expect as drivers, and we just want to have a really good race.”

Sergio Perez will line up third for Red Bull while Valtteri Bottas, who was fourth fastest in qualifying, will start ninth courtesy of a power unit penalty.

The United States Grand Prix gets underway at 06:00 AEDT on Monday morning.