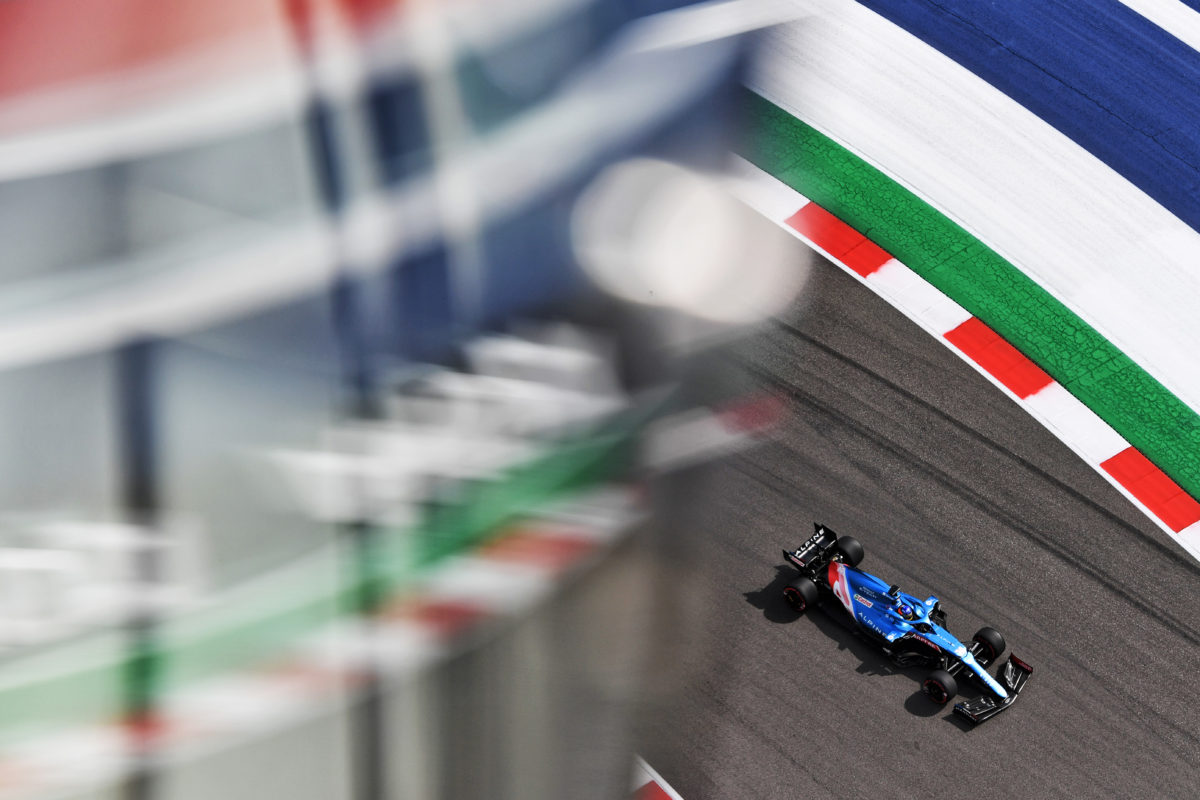 Fernando Alonso has had his name added to the growing list of those set to take a grid penalty for the Formula 1 United States Grand Prix.

The Spaniard has received a new Renault power unit in his Alpine, a change which will see him start from the rear of the grid.

There he’ll join Sebastian Vettel and George Russell, while Valtteri Bottas will drop five places following qualifying after his Mercedes was fitted with a new internal combustion engine.

“Fernando will have a new engine for the rest of this weekend, following the installation of a fourth power unit taking him beyond the permitted season allocation,” the team confirmed.

“All components of the power unit will be brand new for qualifying and the race.”

Drivers are allowed three of most power unit components over the course of the season, with the fourth of each element attracting a 10-place grid penalty.

Thereafter every subsequent new element results in a five-place penalty, a system which has had questions asked of it in recent weeks as a raft of drivers take new power units.

Alonso’s weekend in Austin got off to a rocky start, parking his Alpine minutes into Free Practice 1 after being told by his engineer to stop the car.

He did so at the end of the long back straight, with liquid seen leaking from its underside.

The car was recovered during the session with Alonso able to rejoin later in proceedings, going on to end the 60-minute hit out 15th best.

Sunday’s race begins at 06:00 AEDT on Monday, with Qualifying beginning at 08:00 AEDT this morning.