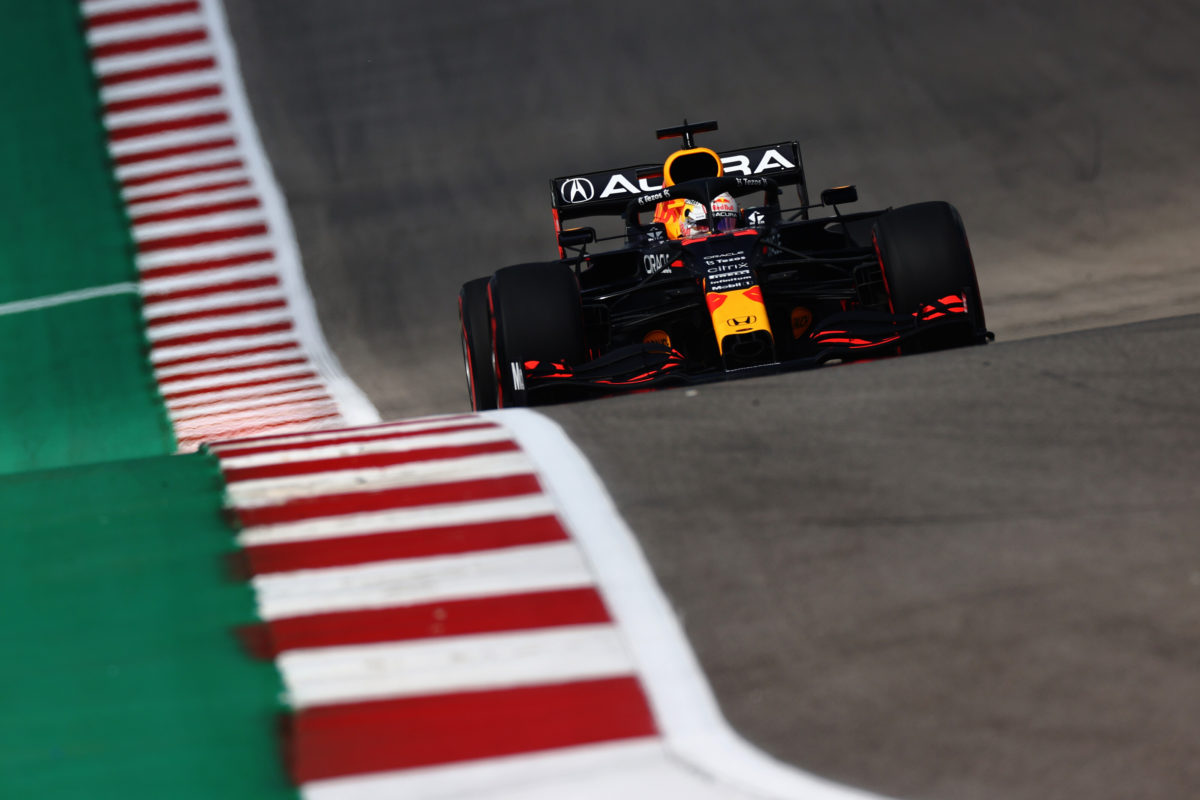 The championship leader endured a frustrating afternoon at the Circuit of The Americas, failing to set a qualifying simulation lap and having a bizarre exchange with Lewis Hamilton.

Early on in the second 60-minute session, the two title protagonists ran wheel-to-wheel from the final corner to the braking zone at Turn 1.

Verstappen ultimately came out of that tussle second best, flipping off Hamilton as the Mercedes driver accelerated out of the first corner.

The incident began when the Red Bull driver found himself having to queue on approach to the final corner prior to commencing his lap.

Hamilton took the opportunity to overtake up the inside, Verstappen accelerating around the outside before they ran two abreast down the front straight.

“I don’t know,” the points leader said when asked about the exchange.

“We were all lining up to go for our lap, so I don’t really understand what happened there.”

From there, his session hardly improved with traffic compromising his initial qualifying simulation effort to the point he bailed on the run to instead focus on race pace.

As a result, he ended the session without a representative time, and eighth on the timesheets, which were topped by team-mate Sergio Perez.

“It’s not easy out there,” Verstappen said.

“[The] track’s quite bumpy and to find the right compromise with the car hasn’t been the easiest so far, but there are a few positive things to look at.”

In the second session, the Mexican was quickly among the pace setters and proved the fastest when focus turned to short runs.

“It’s going to be very tight. It’s all about tomorrow, Saturday, trying to put it all together and trying to find those couple of things that could put us in the mix for pole tomorrow.

“It was a promising FP2 but there’s a lot to be done to try to improve the car, and I also feel there is so much to still improve our long run pace.

“I think it’s a positive Friday, but we’ll see tomorrow where we end up.”

Final practice for the United States Grand Prix gets underway at 05:00 AEDT on Sunday morning.