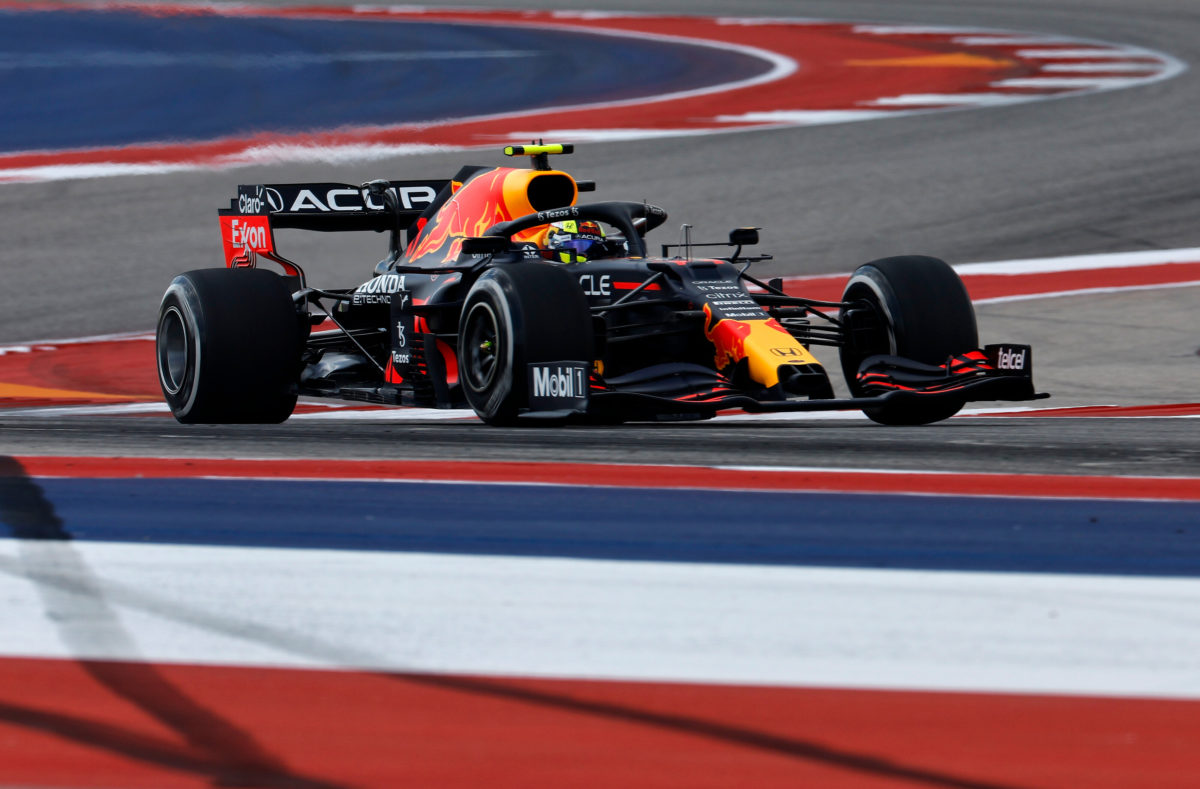 The Mexican headed Lando Norris at the end of the day’s second 60-minute session, with Lewis Hamilton and Valtteri Bottas third and fourth.

A frustrated Max Verstappen meanwhile was an unrepresentative eighth after abandoning his qualifying run.

Bottas and Hamilton immediately rose to the top of the heap as the session began, recording 1:35.887s and 1:35.919s respectively.

The pair used the medium compound tyres, as did Perez who soon went fastest with a 1:35.883s, 0.004s quicker than the previous marker.

Next best was Carlos Sainz, the Ferrari just under a second down on the leading quartet.

The Australian’s lap was set on the red-walled soft tyres, versus mediums for those ahead.

Verstappen and Hamilton found themselves wheel to wheel exiting the final corner 10 minutes into the session.

They then ran alongside one another down the front straight and into the first corner, prompting the Dutchman to refer to his title rival as a “stupid idiot” over the radio shortly after offering a single-digit salute.

Having briefly lost his place at the top of the timesheets, Perez recorded a new best of 1:35.716s, easing out to 0.048s clear of Bottas.

With a set of soft compound tyres bolted onto his Aston Martin, Lance Stroll went fastest after 22 minutes with a 1:35.561s.

It was a time that lasted scarcely two minutes before Hamilton and Bottas both went faster, though the former’s 1:34.842s was deleted for track limits at Turn 19.

As is the norm, the middle part of the session was dedicated to qualifying simulations, which saw Norris rise to second fastest behind Perez, while Ricciardo slotted in behind the two Mercedes in fifth.

Surrounded by traffic as he was poised to begin his quali sim, a frustrated Verstappen abandoned the effort and told his team to push on to long runs.

Their qualifying runs complete, the bulk of runners then switched to medium compound tyres, though Ricciardo opted for softs while Esteban Ocon, Sebastian Vettel, and Nikita Mazepin had hards on their cars.

Times slowed as work went into longer stints, dropping into the 1:41 bracket.

However, the qualifying pace and longer stints suggested Red Bull and Mercedes are closer than Free Practice 1 suggested, and that it would not be a walk in the park for the German marque’s factory squad.

Three minutes from the chequered flag, Fernando Alonso slid rearward into the barrier at the penultimate corner after lost the car turning into the left-hander.

The Alpine suffered comparatively minor damage to the rear end, Alonso able to recover the car to the garage with little more than gravel rash and a broken rear wing end plate.

The flag then fell with Perez fastest from Norris, Hamilton, Bottas, Ricciardo, Stroll, Leclerc, and Verstappen only eighth.

Having been outside of 107 percent in FP1, Nikita Mazepin showed improved pace though was still 0.6s slower than next-best George Russell at the bottom of the timesheets.

A single practice session remains ahead of qualifying, FP3 getting underway at 04:00 AEDT on Sunday morning.