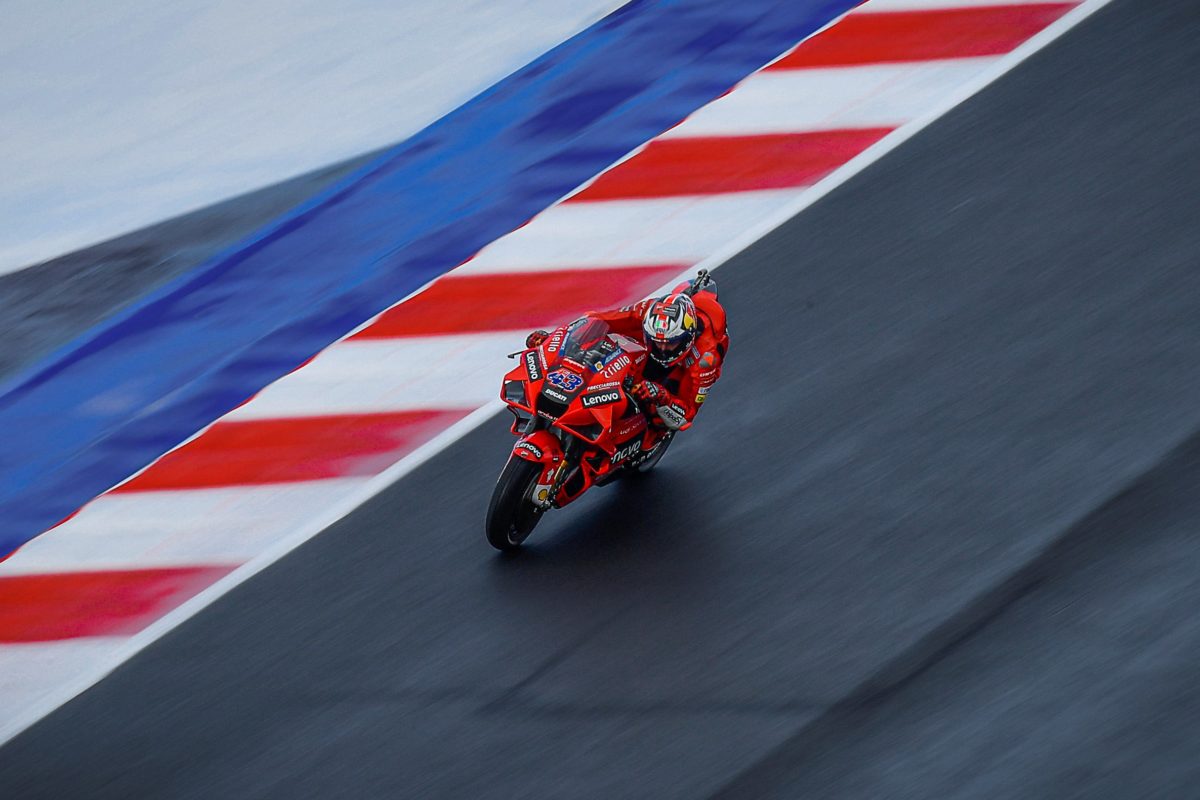 Jack Miller says he needs to improve despite dominating a wet Friday of practice at the Emilia Romagna MotoGP round.

Miller was on top for much of Free Practice 1 but it was in the latter of the day’s two sessions when he went 0.927s faster than the field at Misano.

With a dry line having formed in places in the latter stages of Free Practice 2, and the threat of more rain on the second day of the event, it may well turn out that the starting order for qualifying has already been locked in.

However, the man on the #43 Ducati Lenovo Team entry is hardly going to rely on that, even if conditions are wet again.

“I think everybody will be going faster tomorrow [Saturday],” said Miller.

That effort came in his first run of the weekend, after which the Queenslander had considerable difficulty with tyre temperature and nearly chucked his Ducati on the floor several times.

“This morning [FP1], felt good off the bat but after we came in [and] went back out, I had a couple of moments,” he recalled.

“[I was] really, really struggling to get temperature into the tyre. After the cycle of going in and going back out again, the tyre temperature dropped, the warmers weren’t able to recuperate, and I just felt like riding on ice.

“So, this afternoon [FP2], we played around with it a bit and got it working decent and I was actually able to push, and felt really, really comfortable out there.

“The medium front, especially here in Misano, is kind of important, with the hard braking zones – Turn 1, Turn 8 – and it felt better in the afternoon.

“It was almost a dry line there forming towards the end, so it made it interesting, but no, it was a bit of fun.”