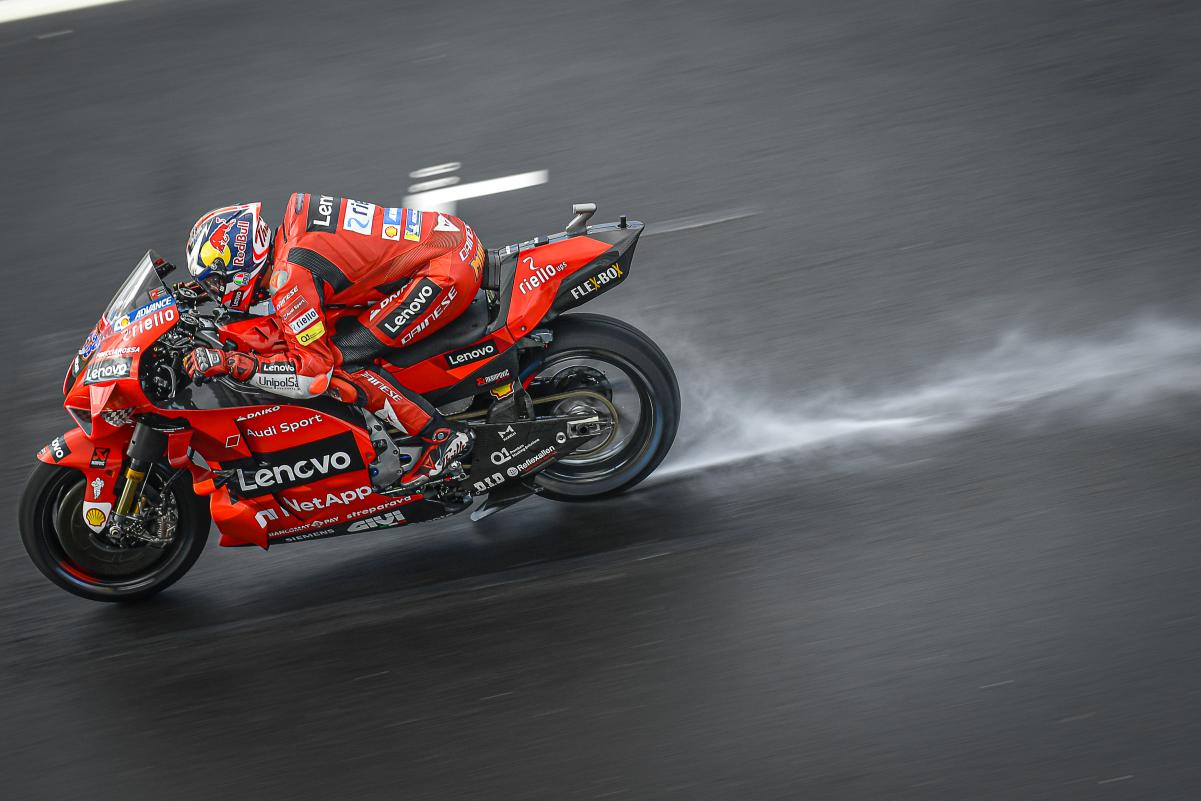 Jack Miller has set the pace by almost a full second on a wet Friday of practice at the Emilia Romagna MotoGP round.

The Ducati Lenovo Team rider went as quick as a 1:41.305s during his first run in Free Practice 2, the less wet of the day’s two sessions.

Fellow Ducati rider Johann Zarco ended up second on a 1:42.232s which the Pramac Racing rider set after the chequered flag, and Aprilia Racing Team Gresini’s Aleix Espargaro was an even later improver to third on a 1:42.291s.

Weather could play a major part in the title fight this weekend also, given Fabio Quartararo’s struggles in the wet are seemingly continuing.

The championship-leading Monster Energy Yamaha rider could only make 16th on combined times, meaning he is going into Qualifying 1 as it stands, while title rival Francesco Bagnaia (Ducati Lenovo Team) secured eighth-fastest so far.

Marc Marquez (Repsol Honda) was second-quickest in that session but slipped to 14th on combined times on a 1:42.883s.