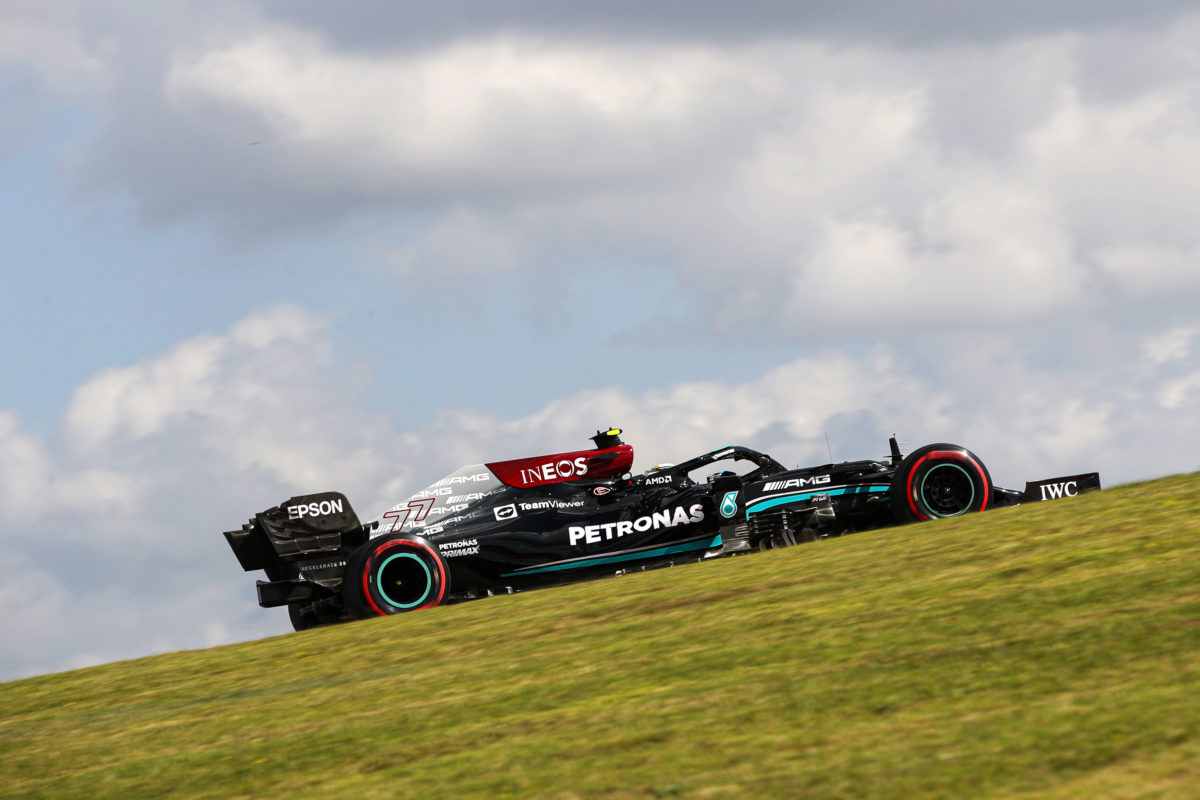 Valtteri Bottas will take a sixth ICE this weekend

A trio of Mercedes-powered drivers will all be demoted for Sunday’s race; Sebastian Vettel and George Russell to drop to the rear, while Valtteri Bottas will slide five places for a new internal combustion engine.

For the latter, the new ICE element is his sixth of the season, twice the number allowed under the regulations.

Mercedes team boss Toto Wolff has previously admitted to concerns regarding the internal combustion engine but has now revealed his operation is yet to understand the issue.

“I think you see that we are suffering with reliability this year, we’re going on to the sixth engine, I believe it is for Valtteri,” Wolff said on Friday in Texas.

“And it’s not something that we choose to do but on the contrary, we’re trying to really get on top of the problems.

“We haven’t understood fully [but] I think we are still a step closer now.”

While three Mercedes runners will take grid drops, that total could still rise with suggestions Lewis Hamilton could take a fourth power unit this weekend and question marks at McLaren for Lando Norris too.

“We are hanging on for dear life in supplying all customers, and that is not trivial,” Wolff confessed when asked about the logistics of carrying spares to cover the eight cars it supplies.

He also acknowledged the risk involved for Hamilton, who is locked in a tight world championship battle with Max Verstappen.

The Dutchman took an engine penalty in Russia, replenishing his pool of available units which should now suffice to season’s end.

“I can’t say whether we will be taking one and what the percentage is, but obviously, the risk is still there,” Wolff said of the probability Hamilton will require a fourth power unit.

“What is difficult to evaluate is do you want to pre-empt the situation and take another penalty, and take the hit, or do you really run it and then possibly risk a DNF.

“That is a discussion which is happening as we speak and we haven’t come to the right answers yet.

“We are trying to push the performance every year and this year, we’ve come to a point where that has cost us points, but over the last seven or eight years, that mindset has won us races and championships,” he added of the championship battle.

“So I would have hoped to maybe procure less penalties and use less engines, but this year it has really hit us hard.

“We just have to take it on the chin and do the best possible job.”

Bottas topped Free Practice 1 over Hamilton, the Mercedes duo almost a second clear of Verstappen and 1.5s faster than the rest of the pack.