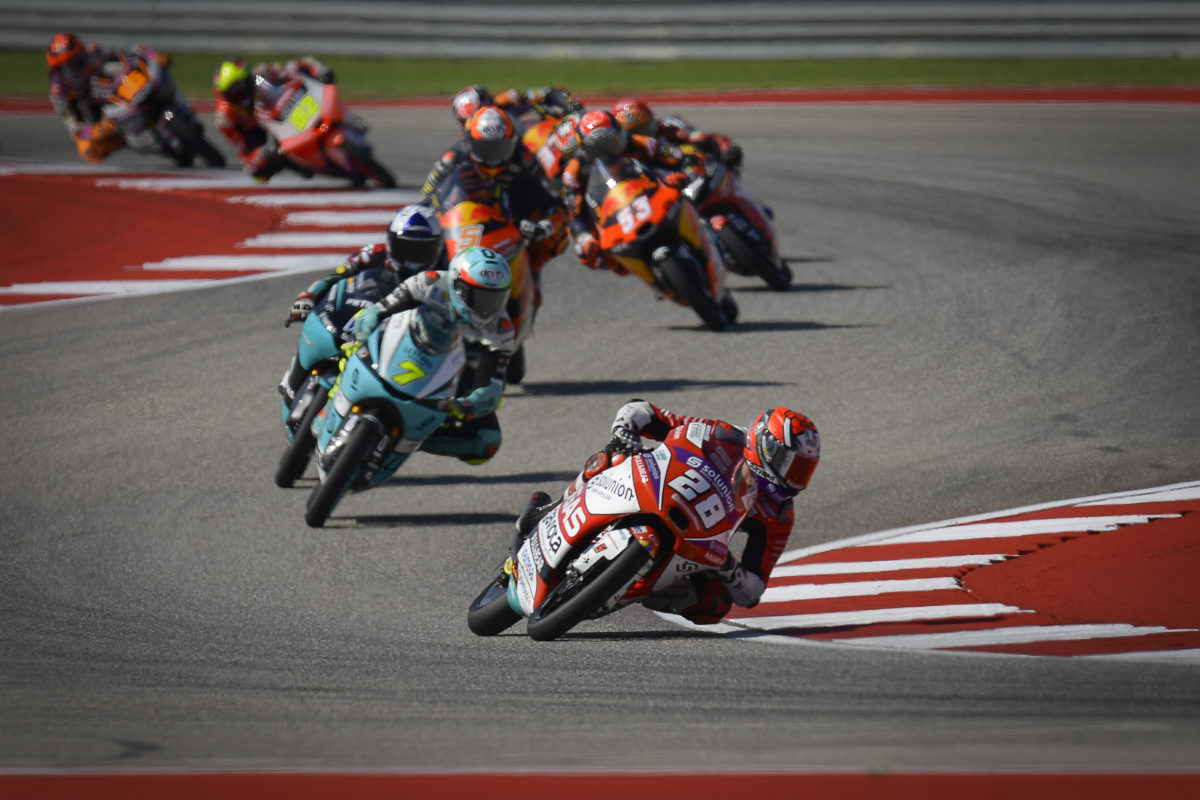 Riders in MotoGP, Moto2, and Moto3 would have to be at least 18 years of age under a new plan from Dorna Sports and the FIM.

The proposal is part of a suite of safety-oriented changes which have been decided upon after three teenage deaths in MotoGP or Superbike World Championship feeder competitions this year alone.

From 2022, higher age limits and caps on grid sizes will come into force in a number of those competitions, with a further tightening of regulations earmarked for 2023.

The regulations were agreed by the Permanent Bureau, which is comprised of the world governing body and Dorna, the latter of which owns both MotoGP and WorldSBK.

They will be implemented globally, although riders already in a class for which they would not otherwise be eligible in 2022 will be granted an exemption for next year.

Similarly, riders in the Moto3 World Championship and the Talent Cups in 2022 will be allowed to compete again in 2023, even if they would be too young per the proposed new limits.

As it stands, the minimum age for the Moto2 and Moto3 World Championships is only 16 years.

The proposals for 2023 are as follows:

** Includes all those circuits that have or have had Grade A, B or C homologation; will include the Asia, British, European and Northern Talent Cups

“The Permanent Bureau has worked closely for many years with all Road and Circuit Racing stakeholders, including IRTA and the MSMA, towards creating the safest sport possible,” read a statement from Dorna Sports announcing the changes.

“Whilst all parties, and fans, are conscious that motorcycle racing is dangerous, all bodies are committed to continued improvement and evolution, making it safer every day and ensuring that the sport continues to grow on a global scale.

“Via a process of constant review and revision, this commitment from the Permanent Bureau and all those within the sport goes back various decades, in close collaboration with the riders themselves in the Safety Commission, and has already resulted in significant improvements to safety within motorcycle racing.

“To build on this progress, additional safety regulations and improvements will now come into force in four key areas, aimed at further minimising the risk of motorcycle racing as much as possible.

“These key areas are minimum age limits and entry list sizes for each series, alongside projects in development concerning improvements in rider equipment and rider communication.”

Team owner Paolo Simoncelli was one who had called for smaller grids in order to reduce the chance of fatalities occurring by way of a bike hitting a falling/fallen rider, as was the case for his late son Marco and the three above-referenced deaths.

In terms of rider equipment, airbags will be compulsory in all sprint circuit racing FIM championships next year.

Additionally, key stakeholders including apparel/helmet suppliers have agreed to work towards further improvements to safety equipment.

According to Dorna, that includes “increased focus on protecting competitors against an impact from another rider or motorcycle, particularly the chest and neck.”

FIM Grand Prix Safety Officer Franco Uncini, himself nearly a fatality in such an incident in 1983, admitted this year that such deaths cannot be prevented by current equipment.

There have also been talks already about new/enhanced technology to better warn riders about crashes ahead of them.