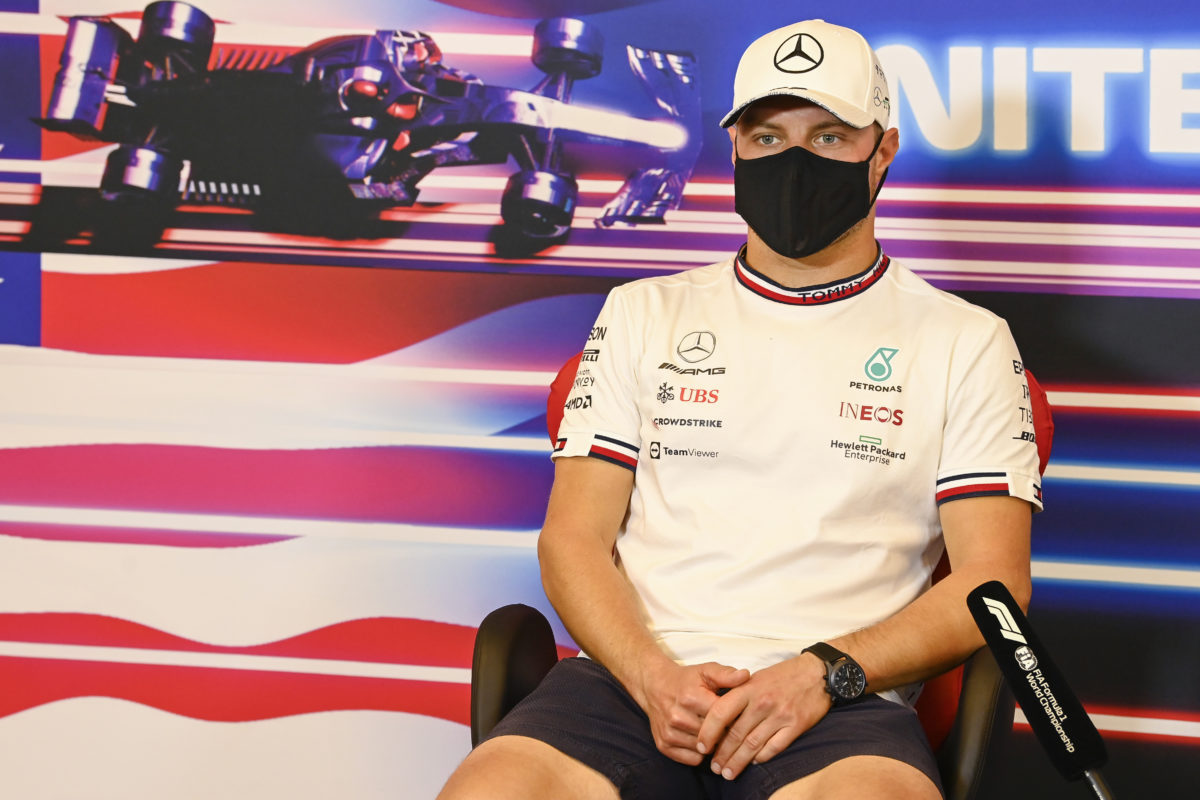 Valtteri Bottas will take a grid penalty at this weekend’s Formula 1 United States Grand Prix as a result of concerns surrounding his power unit.

During the opening practice session of the weekend, it was confirmed that Mercedes had fitted the Finn’s W12 with a sixth internal combustion engine element.

Drivers are allowed only three ICEs over the course of the year, meaning Bottas has now doubled that allocation.

As such, he will take a five-place grid drop for the swap.

“We’re always on the hunt for the best reliability and performance for the rest of the season, so that was the key reason,” the team explained on social media.

Bottas took engine penalties in both Italy and Russia, making this the third event in quick succession he’s faced a grid demotion.

He is not the only one, however, with Sebastian Vettel confirming he  has a new power unit for this event and will take a penalty as a result.

George Russell too will tumble down the order as Williams fits a new unit to his car.

There are also question marks surrounding Lando Norris, though speaking to the media ahead of practice commencing, McLaren team principal Andreas Seidl played down the prospect of a change.

Aston Martin, Williams, and McLaren all use Mercedes power units.

Toto Wolff has previously admitted there are issues surrounding the ICE element which the marque is looking to resolve ahead of F1’s engine freeze next season.