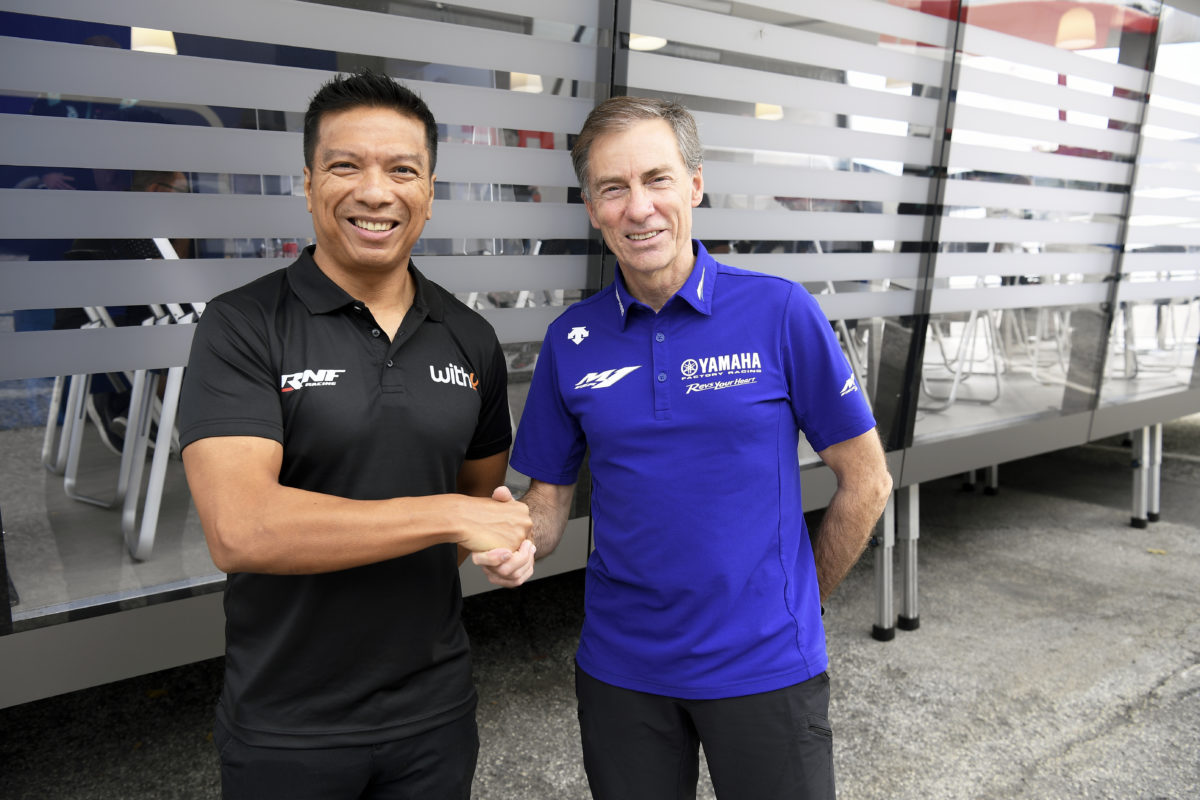 Yamaha has confirmed that it will supply bikes to the new RNF MotoGP Team in 2022, as well as announcing the signing of Darryn Binder.

RNF is the new identity of the Sepang Racing Team (SRT), which will continue to be headed by Razlan Razali when it splits from the Sepang International Circuit at season’s end.

Its presence on the MotoGP grid next year was announced in September, at which time no agreement with a manufacturer was announced despite Yamaha having already signed Andrea Dovizioso for its satellite team.

The deal with the Iwata manufacturer has now been made official, although only for next season at this stage, with options for 2023 and 2024.

“We have today reached a historical milestone for the new RNF MotoGP Team,” said Razali, RNF’s founder and team principal.

“I would like to thank Yamaha for the trust and confidence given to me and the team for the upcoming season despite the changes that happened this year.

“The achievements that we have shared together in the first three years of our partnership with wins, podiums, pole positions, and awards has been memorable and motivates us towards greater heights.

“We have the experience from our past successes, supported by the same strong and passionate crew from our MotoGP garage, with a solid rider line-up, so we are set for a competitive comeback with Yamaha for the 2022 season.”

That includes blooding both current factory riders, namely championship leader Fabio Quartararo and Franco Morbidelli, the latter of whom made the step up earlier this season to replace Maverick Viñales.

“We are delighted to extend our partnership with the now rebranded RNF MotoGP Team,” said Jarvis.

“When Razlan Razali and the Sepang Racing Team embarked on their MotoGP adventure at the end of 2018 and the start of 2019, nobody could have expected how they would take the premier class by storm.

“The impressive 2019 season and exceptional 2020 season results underline the professionalism and quality of this team that will soon be renamed RNF MotoGP Team.

“The core DNA of this team remains, so we are confident to continue with them as our official supported satellite team.

“We will do our best to support the newly founded RNF Racing Ltd. to achieve their goals and to provide the stepping stone for future talents to enter into the world of Yamaha in MotoGP.” 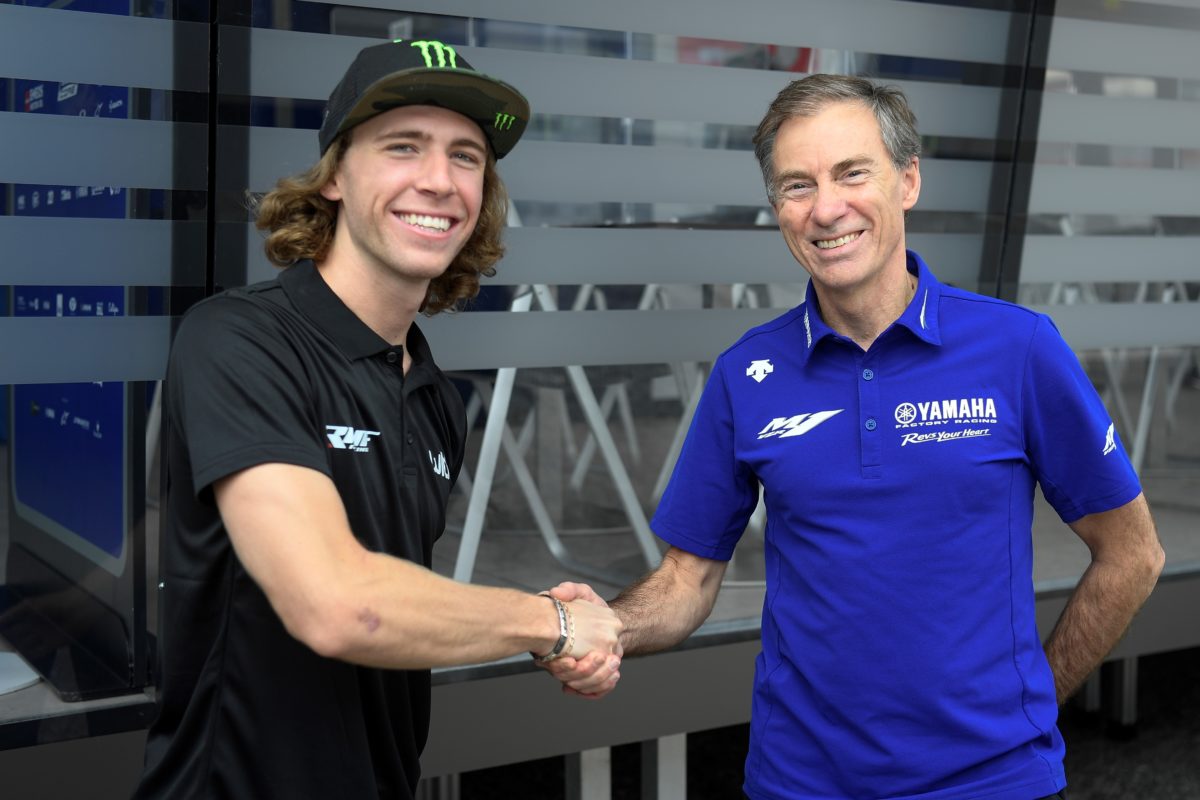 Binder had been tipped to make the jump from SRT’s Moto3 team to the satellite Yamaha MotoGP squad for some time now.

The South African’s deal with the manufacturer, somewhat similarly, is for 2022 with an option for 2023.

“I‘m extremely grateful for this opportunity, as it has been a lifelong dream to race in the MotoGP category,” said Binder, brother of KTM rider Brad.

“I definitely didn‘t expect to make the jump straight from Moto3 to the highest class, but I do believe I‘m up for the challenge, and I‘m ready to put in all the hard work for 2022.

“My target at the beginning will be just to find my feet in the big class and learn as much as possible to get stronger and stronger throughout my rookie season.

“I would like to say a really big ’Thank you‘ to Yamaha and the RNF MotoGP Team for everything they have done to make this possible as well as everyone who has been involved in getting me to this point.

“I‘m now just looking forward to riding the Yamaha YZR-M1 for the first time at the end of this season.”

Exactly what specification of YZR-M1 Binder will ride is not yet known.

Only Dovizioso has been publicly promised factory-spec bikes, with his new team-mate likely to ride an older Yamaha, like the current situation for SRT.

There is also a question mark around RNF’s structure, with SRT incumbent Wilco Zeelenberg now affirmed as retaining his team manager role for the beginning of the new era but no mention of incumbent team director Johan Stigefelt.

What has also been announced is a major backing from Italian energy company WithU, for three years.

SRT presently fields the soon-to-be-retired Valentino Rossi on factory-spec equipment and Dovizioso on the older wheels, after the latter returned to racing in the mid-season shuffle triggered by Viñales’ exit.

The third-last round of the 2021 MotoGP season, the Emilia Romagna Grand Prix, begins tonight (AEDT) at Misano.