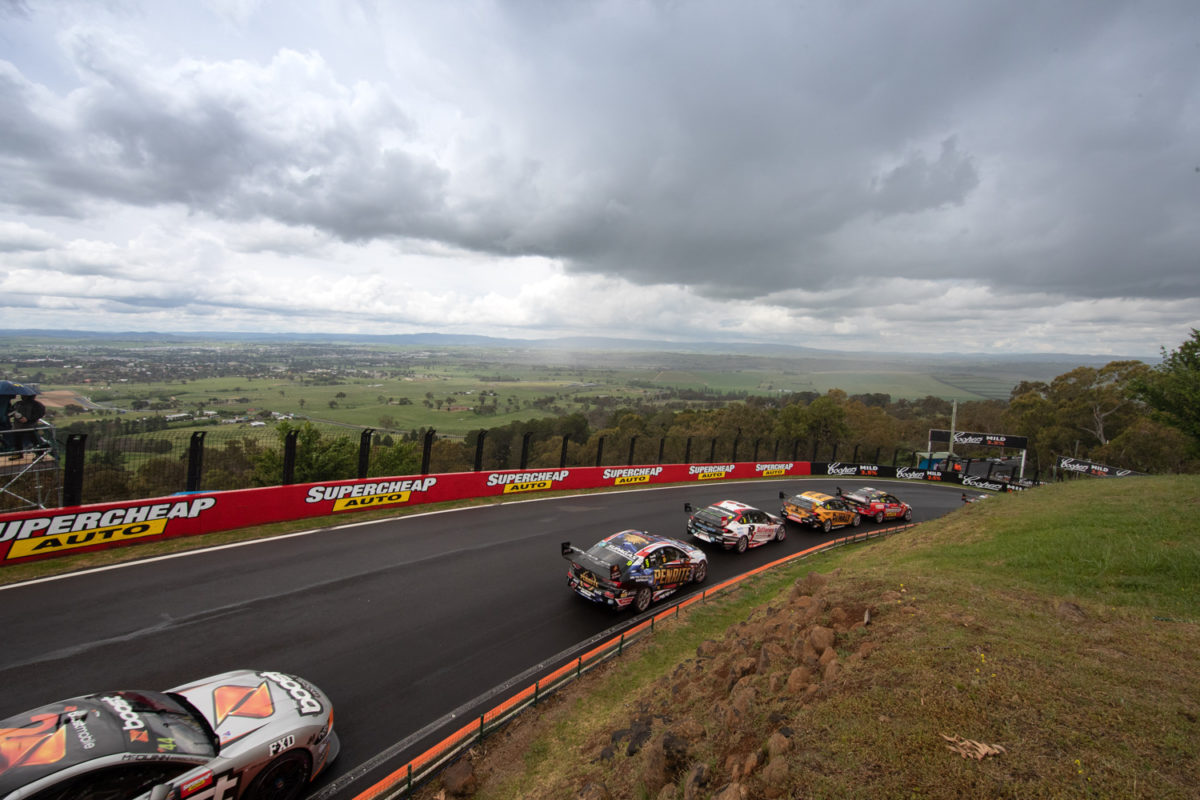 The on-track schedule for this year’s Repco Bathurst 1000 has been locked in, revealing what will be the latest start time on record.

The Great Race will officially get underway on Sunday, December 5 at 12:15 local time/AEDT, making for a finish in prime time television hours on Fox Sports and the Seven Network.

While the Repco Supercars Championship field is first on track on the Thursday, as is customary, the timing of the six, hour-long practice sessions has changed somewhat.

Instead of three on the Thursday, two on the Friday leading into Qualifying, and one on Saturday morning before that afternoon’s Top 10 Shootout, the practice split is now two plus two plus two.

Furthermore, three of those six are for co-drivers, namely Practice 2, Practice 3, and Practice 5.

Qualifying is still 40 minutes in duration, and Sunday morning’s Warm Up remains a 20-minute hit-out, before the 161-lap headline act commences in the early afternoon.

Supercars CEO Sean Seamer had tacitly confirmed a later start time in a fan Q&A on the championship’s Facebook page earlier this month, although no firm detail was given at that point.

What Seamer did say was that Seven had agreed to move its evening news bulletins, suggesting a start time at least as late as midday in Bathurst, as well as a conclusion to some sort of proceedings at “seven o’clock on Sunday night.”

The Bathurst 1000 race itself will take place on Sunday, December 5, when sunset is around 20:00 local time, and there is typically no time-certainty at Mount Panorama.

Seamer also noted that the average forecast temperature throughout the race should be lower than if the race started earlier.

While the (typically) hottest part of the day is virtually unavoidable, more action will take place away from it by moving lights out for a race of over six hours’ duration into the early afternoon.

A later start and a finish in prime time viewing hours should also attract higher ratings on free-to-air television.

Prescribed lap counts for the other races have not yet been disclosed, although the Dunlop Super2 Series (which includes Super3 on the grid) has a pair of 100km races, suggesting they will be 16 laps each.

Those two second-tier encounters lead into Supercars Championship Qualifying and the Top 10 Shootout on Friday and Saturday afternoon, respectively, with both Super2 practice sessions on the Wednesday and a qualifying session for each race on the Thursday.

The Supercheap Auto TCR Australia Series’ final round kicks off with two practice sessions on the Tuesday, with its three races spread across Thursday to Saturday.

The S5000 Tasman Cup round spans all six days, with a race each day from the Thursday, while Porsche Paynter Dixon Carrera Cup Australia runs through from the Wednesday to Sunday.

The Haltech V8 SuperUte Series field is first on track on the Tuesday morning at 08:55 local time/AEDT and has its fourth and final race on the Saturday morning, the National Trans Am Series is also on from Tuesday to Saturday, and the Toyota Gazoo Racing Australia 86 Series will be running from Wednesday through to Sunday.