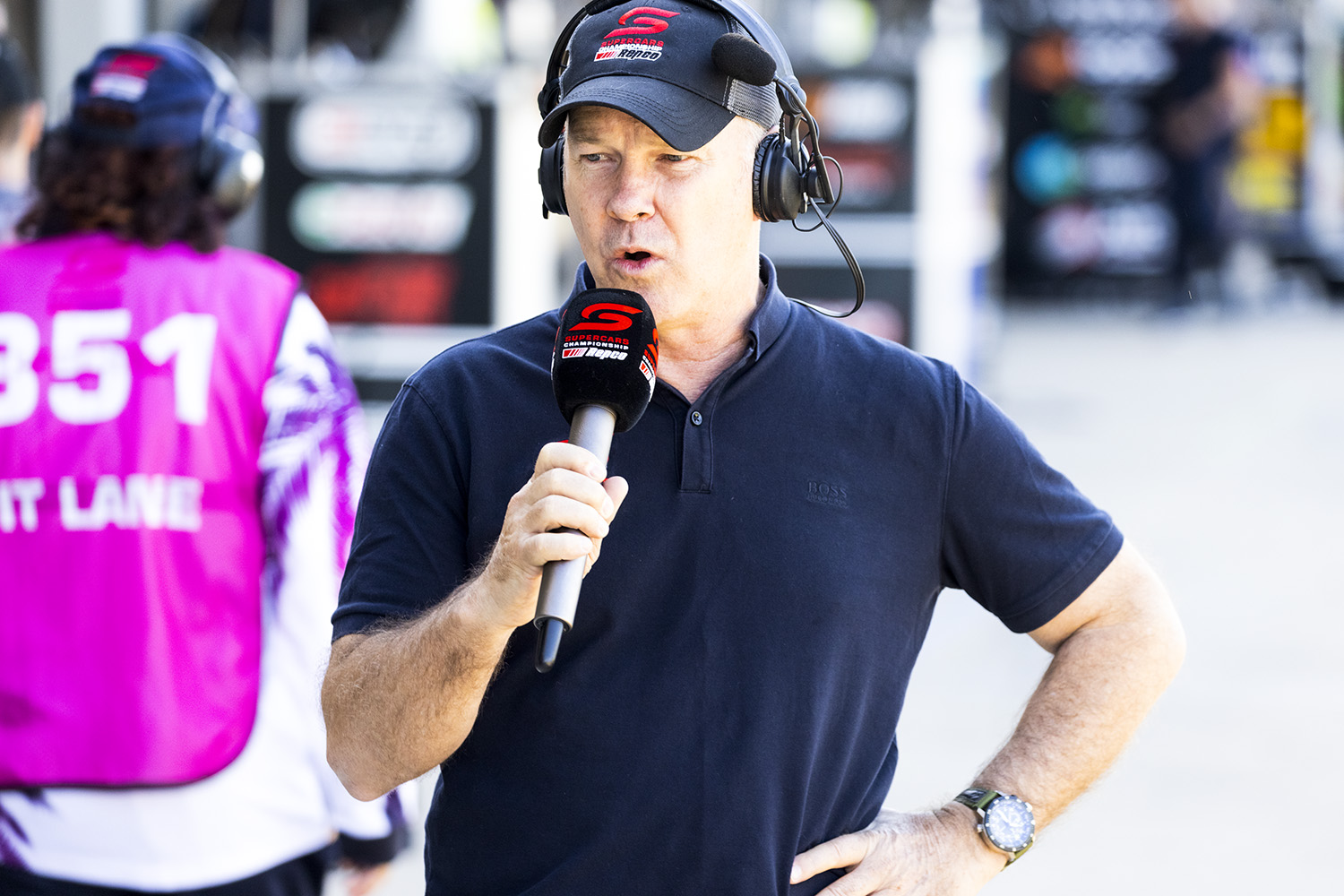 Popular presenter Mark Larkham will not attend the first Supercars event since July, but will maintain a prominent role on the broadcast.

The 2021 season resumes next weekend with the Bunnings Trade Sydney SuperNight, marking the start of four straight events at Sydney Motorsport Park.

Larkham, beloved by fans for his jovial demeanour and ability to convey technical information in a digestible manner, will remain in Queensland for now due to border restrictions.

Given the Queensland Government’s current stance, Larkham would effectively be unable to return home until after the Repco Bathurst 1000 on December 5, making for six weeks away.

Accordingly, he’ll contribute in his regular manner but from a different racing environment: the Stapylton headquarters of the Shell V-Power Racing Team.

“The plan is that Larko will work from the DJR workshop.

“He will have a touch screen and access to our vision feeds and will be integrated live from the DJR workshop.”

With the October 29-31 event to be shown live on free-to-air via the Seven Network as well as on Fox Sports/Kayo, a variety of talent will be on the ground.

Jess Yates and Mark Beretta will act as co-hosts, with Neil Crompton teaming up with Mark Skaife as lead commentators for the first time since Tailem Bend in May (Crompton having missed Darwin for health reasons and Townsville due to travel restrictions).

Charli Robinson is set to make her return to the broadcast at Mount Panorama, with the Queensland border situation also delaying her travel south.