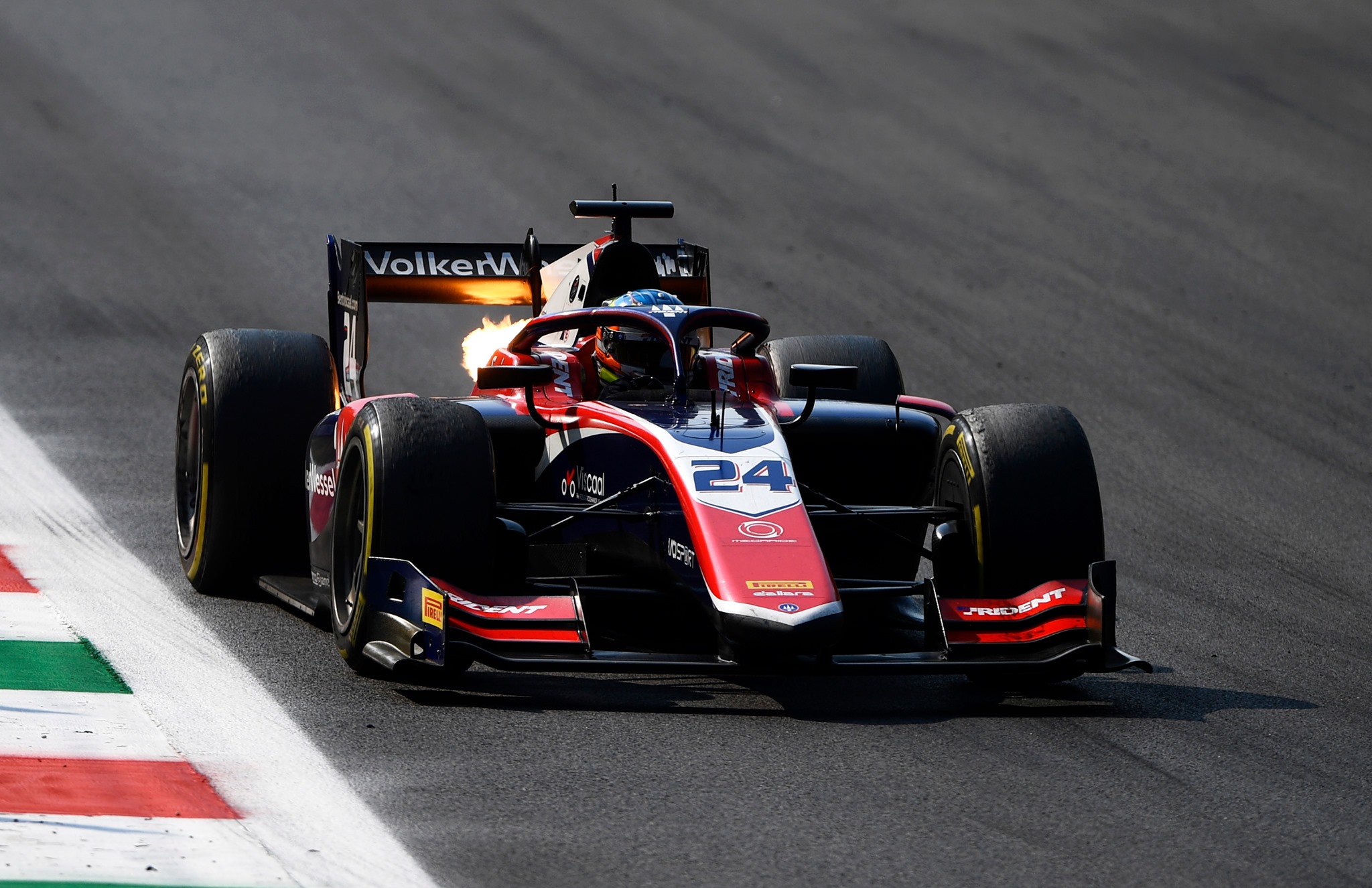 The Formula 2 car of Bent Viscaal

A revised points-scoring system has been announced for Formula 2 and Formula 3 from 2022 onwards.

For both categories, the Sunday feature race will continue to see points handed out in the same manner as Formula 1 grands prix, being 25 points for first place, 18 for second, 15 for third, and down to one for 10th.

The reward for pole position will be halved, however, slashed from four points in 2021 to two.

One point will be awarded for fastest lap in both the feature race and preceding sprint race – but, like F1, only if that driver finishes inside the top 10.

The difference in F2/F3 structures comes in the Saturday sprint race.

In F2, the sprint race grid will be determined by reversing the top 10 from qualifying.

From there, the top eight finishers will be awarded points: 10 for first, eight for second, six for third, five for fourth, four for fifth, three for sixth, two for seventh, and one for eighth.

In F3, a reversing of the top 12 qualifiers will set the sprint race grid, with points handed out down to 10th place in the following order: 10, nine, eight, seven, six, five, four, three, two, and one.

The regulations are tagged as still being subject to World Motor Sport Council approval.