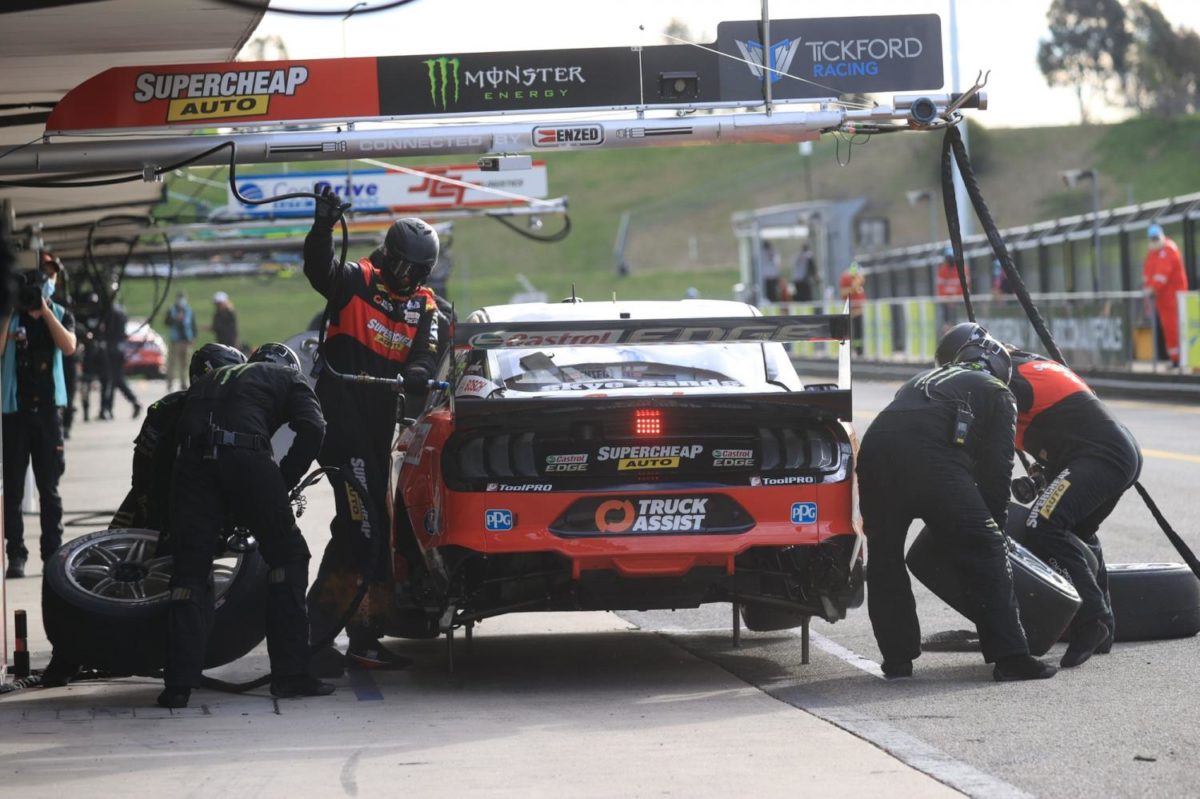 Teams will be obliged to run their tyres at a higher minimum pressure at the last of the four Repco Supercars Championship events at Sydney Motorsport Park.

In a further change to the sporting rules for the Beaurepaires Sydney SuperNight, the refuelling obligation has also been upped for the pair of 250km races which the event is comprised of.

The weekend will already be unique in so much that it is the first when the Supercars will race on both the hard and super soft compound of tyre, the latter of which was introduced this season.

That matches the pressure mandate which would have applied at Winton, where the super soft was supposed to have debuted before the event was postponed and ultimately dropped from the calendar due to COVID-19 restrictions.

A higher minimum pressure was also suggested by drivers as a way to promote greater degradation of the softest compound in the range after it did not deliver the ‘cliff’ effect which many had hoped for when it did finally appear in competition for the first time, at a Hidden Valley circuit which is relatively easy on rubber.

As previously announced, drivers will be allocated only two sets of super soft tyres each at the fourth SMP event, from which they are allowed one set in each race, and may only use the hard compound in all other sessions.

Teams will also have to notify Race Control as to what tyre compound they are starting on by no later than 30 minutes prior to the 30-minute signal for the race.

As for the 40-minute, Additional Drivers Practice session which precedes Practice 1, two sets of pre-marked hard or soft tyres are to be used.

The fuel drop is now a minimum aggregate 140 litres for each race, instead of the usual 120 litres.

The latter figure had become the norm for all non-enduro refuelling races this year and while it already necessitates at least two pit stops due to fuel system capacity being 111 litres, the extra 20 litres adds around 5.3s to total dwell time given the 3.75 litres per second flow rate.

A further notable supplementary regulation is that pertaining to front brake allocation.

Each car is allowed only one new front rotor and pad set from the commencement of qualifying to the conclusion of Race 30, the latter of the two, and only one pre-used set for the Additional Driver session.

Per Rule D20.1.1 of the Operations Manual, each entry gets 18 new sets for race events for the season, with regulations written such that more are allocated for those circuits/events where usage is greater.

One set is allocated for the entirety of the event on each of the three preceding weekends at ‘Eastern Creek’.

The Supercars season restarts with the Bunnings Trade Sydney SuperNight on October 29-31, while the aforementioned ‘fourth event’ takes place on November 19-21.