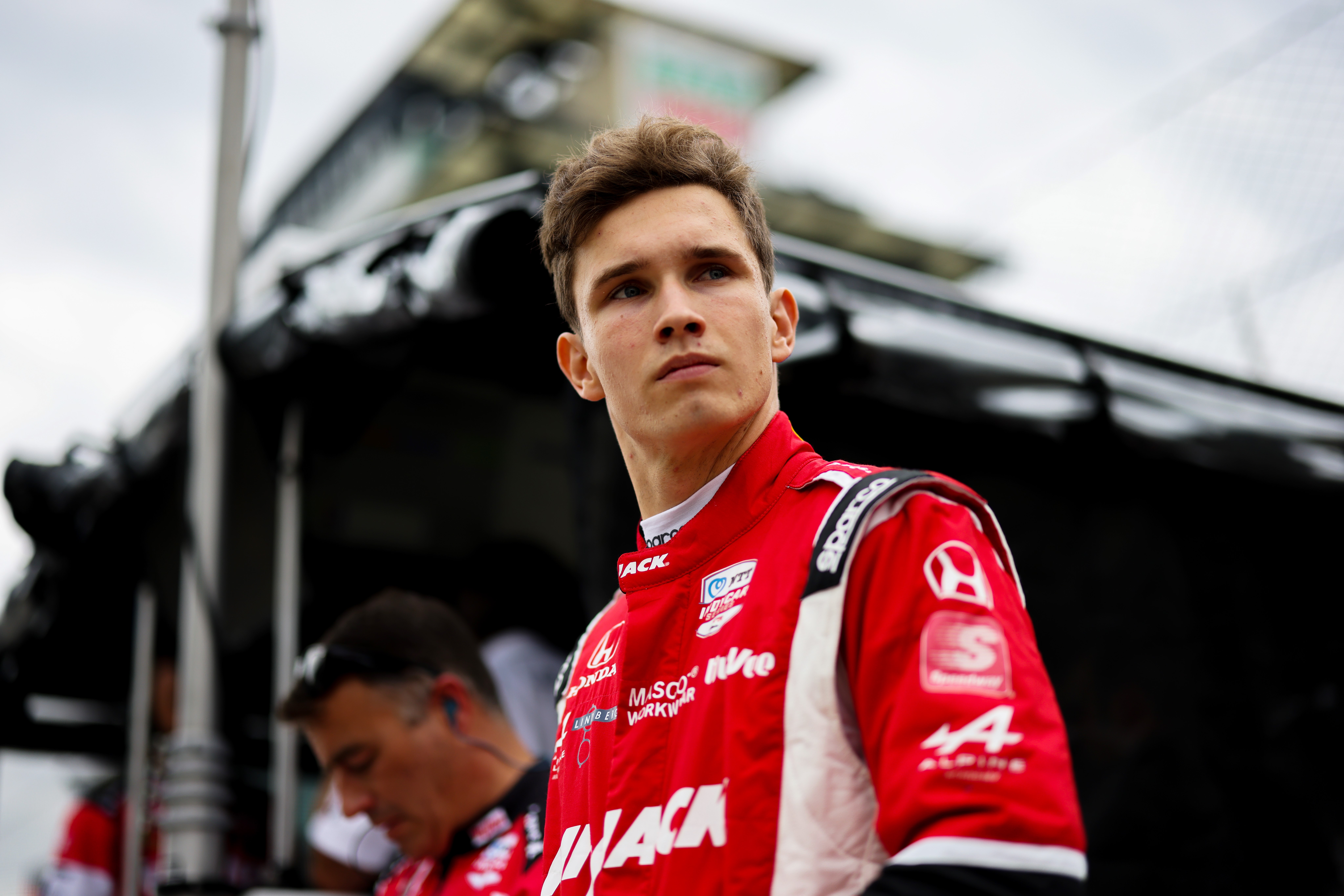 Lundgaard will pilot the #30 alongside team-mates Graham Rahal in the #15 and recently announced #45 driver Jack Harvey.

The 20-year-old made a one-off appearance earlier this year at the Indianapolis Motor Speedway road course, qualifying fourth before finishing 12th on debut.

“They are a fantastic team who made me feel very welcome earlier this year when I made my debut in the series. They are the perfect choice and I’m happy to join them on this next chapter in my career.

“I was very much open-minded when I raced at Indianapolis in August and the experience then only grew my hunger to give it another go, so to have the opportunity as a full-time professional racing driver is a privilege.

“I can only thank Bobby [Rahal, team co-owner], Piers [Phillips, RLL president] and the team, as well as my investors and Alpine for putting it all together.

“I’m determined to repay that faith with on-track performances beginning when the season starts in February.”

This year and last, Lundgaard has been competing in the FIA Formula 2 Championship with ART Grand Prix.

He has also been part of the Formula 1 feeder Alpine Academy alongside the likes of Oscar Piastri and Guanyu Zhou.

Much like Formula 2, IndyCar utilises a Dallara chassis. Though the circuits he’ll race on will be a new experience with five speedway races on the schedule.

“Of course, this will be a completely new challenge for me, especially with oval racing, which I’ve never done before,” said Lundgaard.

“I’d like to think I’m a fast learner, so taking this on is going to be an awesome experience. For now, I’m not setting too many expectations other than working hard and enjoying the racing and hopefully the results will follow.

“For now, though, my focus is on finishing the Formula 2 Championship before fully committing to taking on IndyCar. I can’t wait for the experience to begin.”

The 2022 IndyCar Series gets underway on the streets of St. Petersburg on February 25-27 (local time).