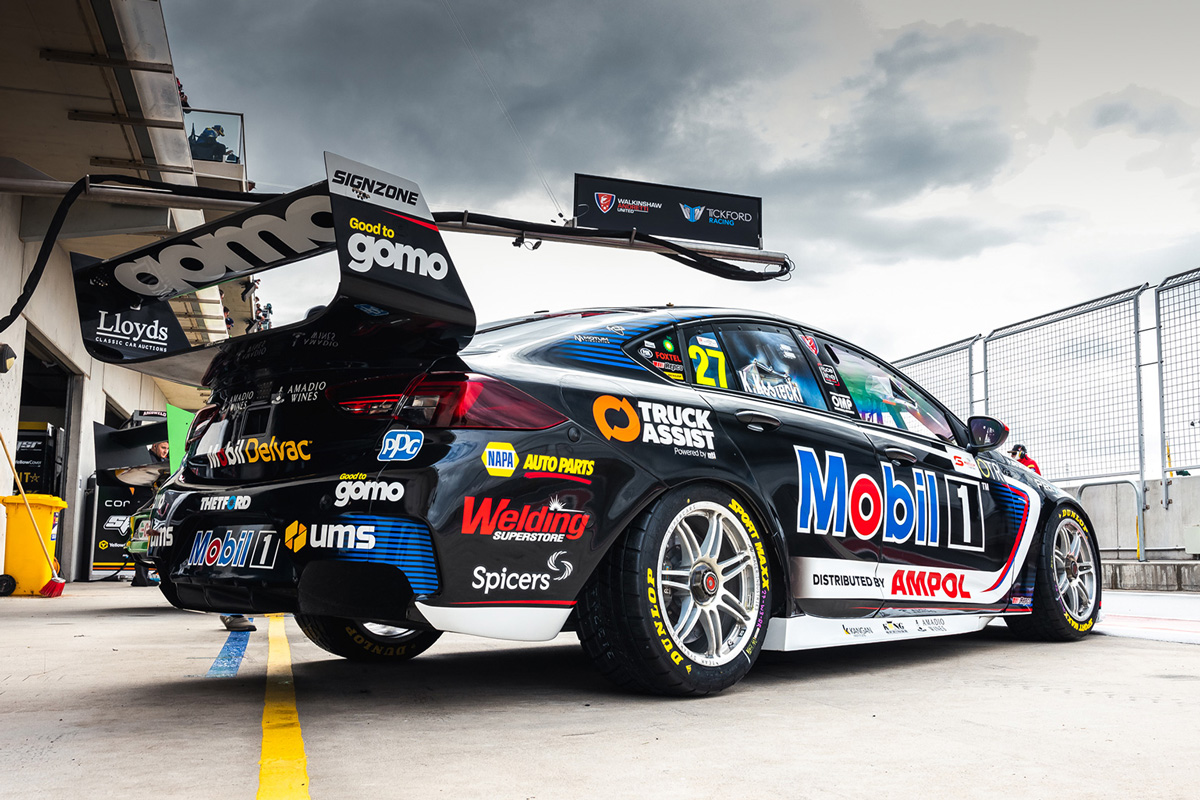 The #27 ZB Commodore of Kurt Kostecki

Kurt Kostecki and Thomas Randle will contest their final solo wildcard events of the 2021 Repco Supercars Championship at the second Sydney Motorsport Park round.

Driving for Walkinshaw Andretti United and Tickford Racing, respectively, they will hit the track on the November 6-7 weekend.

The duo previously shared a garage at The Bend Motorsport Park in May and Hidden Valley Raceway in June, each cracking the top 10 on at least one occasion thus far.

For Kostecki, the outing will be his last before swapping colours to team up with younger brother Jake at Matt Stone Racing for the Repco Bathurst 1000 on the first weekend of December.

Randle meanwhile will join forces with James Courtney at the Mountain before graduating to a full-time Tickford drive in 2022.

But for now, full focus is on SMP.

“Like everything this year, we’ve had a few different plans about when it will be, but it’s great to be locked in, and I can’t wait to get to SMP.

“It’ll be a challenge with the rest of the field having a week’s extra running before we get there, but it’ll be good to lean on the team, Chaz and Bryce the get Car #27 up to speed as quickly as possible.

“Night racing will be awesome as well, so I’m looking forward to getting it underway.”

“I’m very excited to join the field again in the Castrol Racing Mustang at the second Sydney event, especially with two night races on the schedule.

“The racing at Sydney Motorsport Park is always really intense, so I’m looking forward to being in the thick of it with the main game guys and hopefully scoring a few more solid results.

“The track looks fantastic under the lights so I’m really keen to get up there and be a part of the action.”

Randle has scored 260 points from two events to date, 38 more than Kostecki, who took a career-best sixth-place finish at the Darwin Triple Crown.