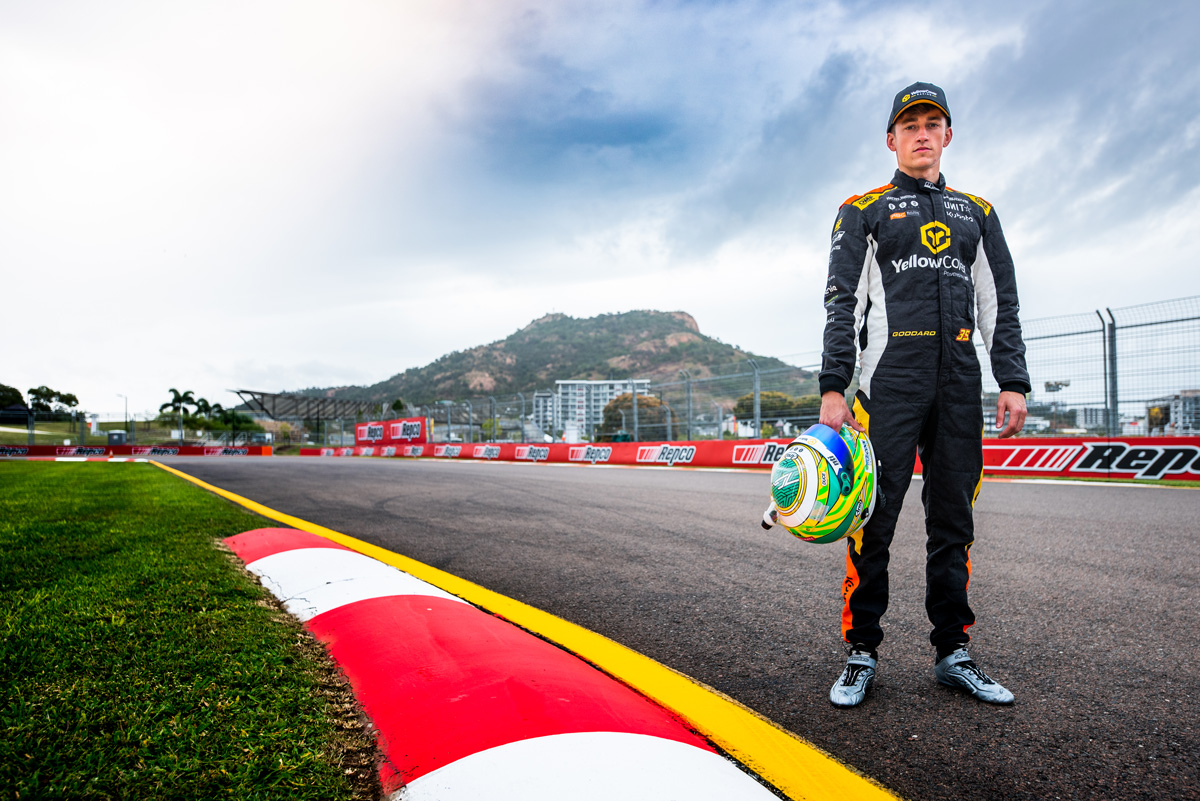 Zane Goddard is full steam ahead on sorting his future plans, following news he and Matt Stone Racing will split at season’s end.

The 22-year-old had long looked likely to remain with MSR for a third Supercars Championship campaign before revealing his impending exit, citing commercial factors.

The Gold Coaster has shown plenty of promise this season, particularly in qualifying.

Driving for the team positioned at the bottom of pit lane, Goddard stuck his Yellow Cover-backed #35 on the second row of the grid at Symmons Plains and hung onto seventh by race end, finishing on the tail of championship leader Shane van Gisbergen.

He then made Top 10 Shootout appearances at both Darwin and Townsville, but ultimately will not return in 2022, as Todd Hazelwood reunites with MSR.

Goddard is determined to end his tenure with the Yatala squad on a high, before turning his attention to wherever his career next takes him.

“There’s no definite answer where I’m going to be next year, so I think the best thing for myself is to finish on a high and that’s sort of how I want to finish off with the team as well,” he told Speedcafe.com.

“It’s been a good two years and I feel like we’ve achieved some good stuff, and just because it has been announced what’s happening next year doesn’t mean we’re going to try any less.”

Goddard reiterated his aim is to be a mainstay on the main game grid, although he’s realistic about his 2022 chances given most seats have now been snapped up.

“I love Supercars and I want to do it full-time and do well at it, so yeah, that’s the ideal circumstance,” he affirmed.

“But at the moment we’re sort of just weighing up a few things and trying to see what the best career path is.

“I don’t want to rush into anything that would be a mistake.

“At the end of the day, I want to do this as a career and I want to do it successfully, so I think the next thing is just to tactically put ourselves in the best position to have a strong future and be in the right place at the right time.

“I guess it’s just deciding what that option is now.”

Perhaps that could involve a return to his open-wheel background via S5000, or even international opportunities as border situations start to relax.

“I want to be in Supercars full-time. I have sort of got a taste of it now and that’s what I want to do, but I guess I have just got to be open to any option and any direction and just trust in the process that it will eventually land me in the right place,” added Goddard.

After more than three months of waiting, the 2021 Repco Supercars Championship will restart next weekend at Sydney Motorsport Park.