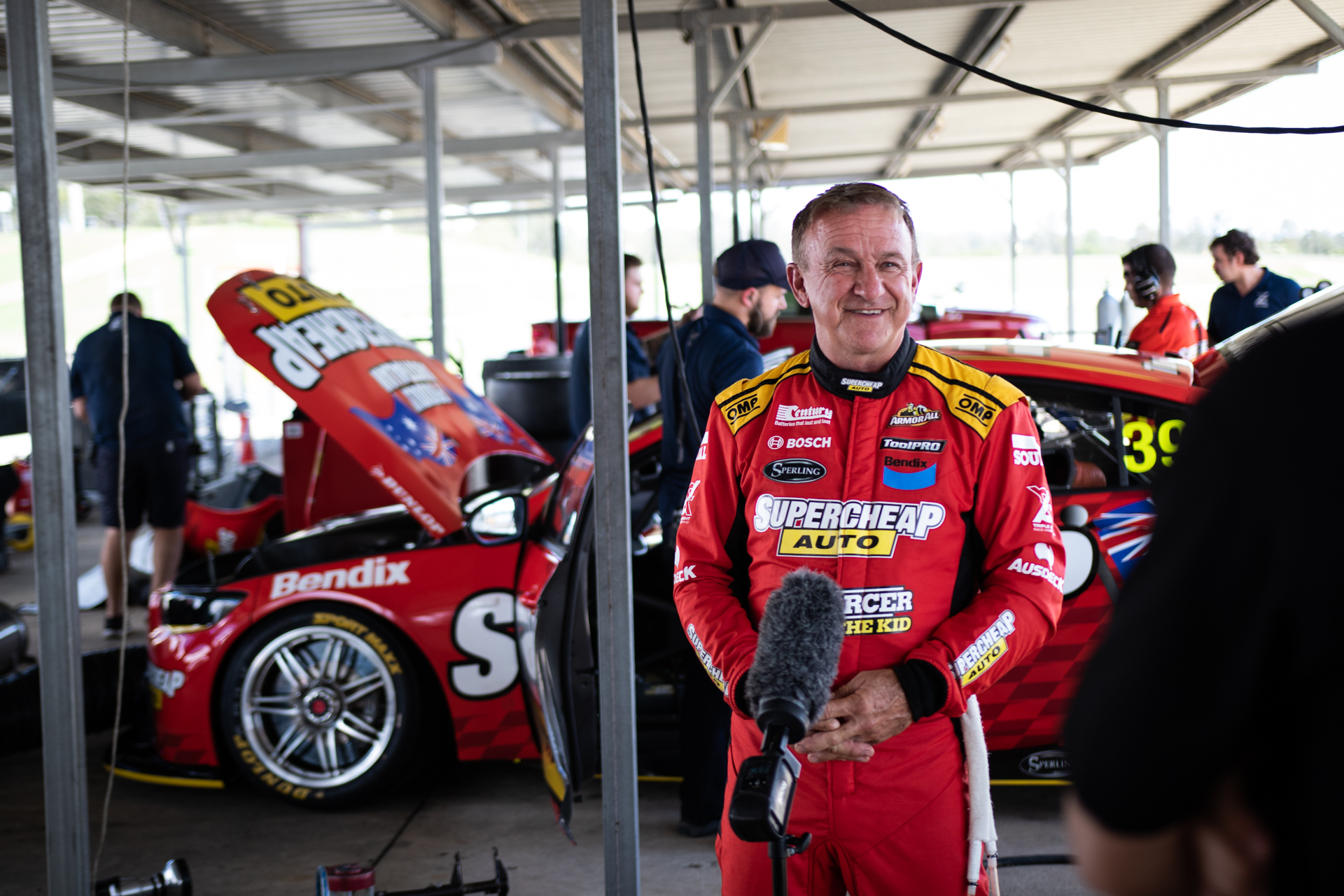 Russell Ingall and Broc Feeney have more ambitious goals in sight than simply being the top wildcard at the 2021 Repco Bathurst 1000.

Intrigue surrounds how the Supercheap Auto duo of Ingall and Feeney will match up against the Boost Mobile-backed effort featuring Greg Murphy and Richie Stanaway.

“Having these three test days and the build-up to Bathurst, it has been so valuable,” said Ingall.

“I’m probably now, third day, getting comfortable with the car, knowing where everything is, knowing the feel of the car, and it’s taken that long to get there, so I definitely wouldn’t want to roll straight into Bathurst without having this testing.

“We have been very fortunate and made use of these days as well to get me back up to speed.”

By contrast, New Zealand-based Murphy and Stanaway are yet to test; their #51 ZB Commodore was put through its paces on Tuesday at Winton Motor Raceway by Erebus Academy youngsters Jaylyn Robotham and Reef McCarthy.

That would seemingly give the Supercheap car an edge, but Ingall is not buying into the wildcard rivalry, indicating he’s got bigger fish to fry.

“We’re not there to make up the numbers, we’re there to have a swing at it.

“If we stand on the top of that podium come the end of Bathurst… let’s face it, crazy things have happened over the years at Bathurst, so you can’t write anything off.

“So that’s the cup that we’re going for. We’re not too worried about the others.”

The team did lose more than an hour of running yesterday after a transaxle issue saw the #39 grind to a halt on the exit of Turn 3.

They managed to squeeze in plenty of pit stop and driver change practice before light rain fell in the afternoon.

“We’ve had a couple of little mechanical issues along the last couple of tests we have done but that’s what testing is about,” Ingall noted of the morning hiccup.

“The guys at Triple Eight are trying different components in the car and a lot of it is for Bathurst; that’s what it’s all about.

“It’s better issues happen here than on the big weekend.

“So far it’s only been pretty minor stuff — these guys are the best in the business they don’t win championships and Bathurst for nothing, so they really do know what they are doing. It doesn’t hurt to test a few things along the way and see if those things can be improved.”

The 2021 Great Race will unfold on Sunday, December 5.