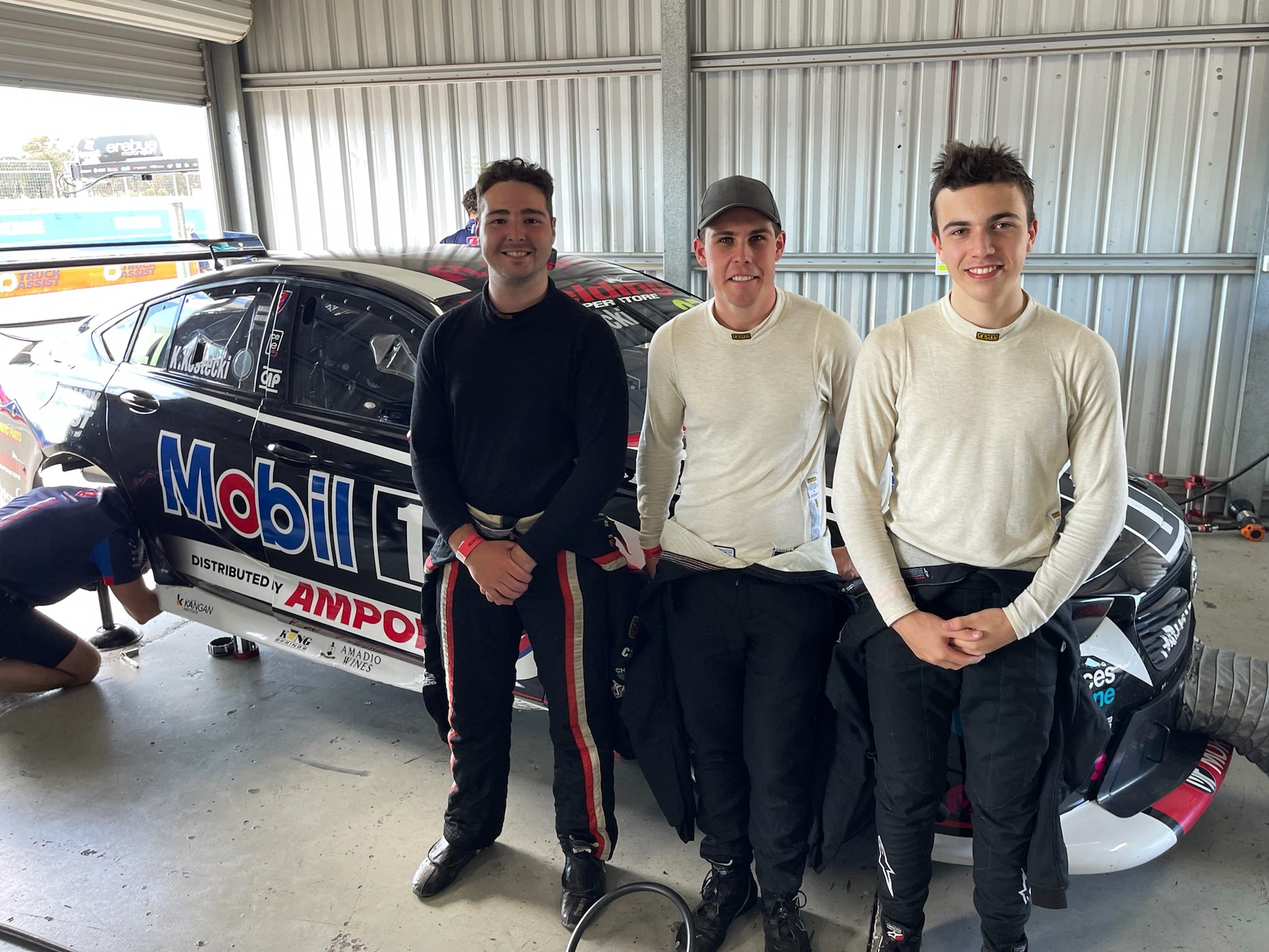 Aaron Cameron says he’s stoked to tick off a major milestone in his fledgling career, testing a Supercar with Walkinshaw Andretti United.

Cameron was one of three young drivers who sampled one of the team’s Holden ZB Commodores at Winton Motor Raceway earlier this week.

Alongside him, teen S5000 race winner Cooper Webster and Super2 Series regular Zane Morse got a run in the championship-level car.

For Cameron, the test was a landmark occasion.

“It was mega, they’re an awesome car,” the 21-year-old told Speedcafe.com.

“It was great. The team ran us through qualifying, hard and soft tyre procedures. It was a real eye-opener as to what these guys do week-in week-out.

“I’ve never driven a Supercar before. The closest thing is probably a MARC II Mustang, which still has traction control and ABS, so it was just really quite difficult at times to get my head around the Supercar compared to a TCR car. It’s a big change.

“It’s been a childhood dream to be able to jump in a Supercar and have a crack and feel the power, the grip, the aero. The downforce is really good. They’re all round a really cool package.

“It’s ticked off the bucket list to do. I can’t thank Walkinshaw Andretti United enough.”

Cameron, who has one TCR win to his name, said it took some time to adjust himself to the rear-wheel-drive V8.

His Peugeot 308 TCR has half as many cylinders and is front-wheel-drive, a stark contrast to the high-powered Holden ZB Commodore.

“It probably would have taken at least half my allocated time to get half a feel for it,” said Cameron.

“There’s still so much to learn. Doing two or three years of straight TCR, you pick up a lot of habits that just aren’t good for a Supercar.”

As for future Supercars opportunities, Cameron isn’t banking on a championship berth but is optimistic opportunities might be forthcoming in the future.

“You never know what’s going to happen in motorsport,” he said.

“One minute you’re racing in TCR and the next you could be in Supercars doing a bit of co-driving maybe. We’ll see where it goes.”