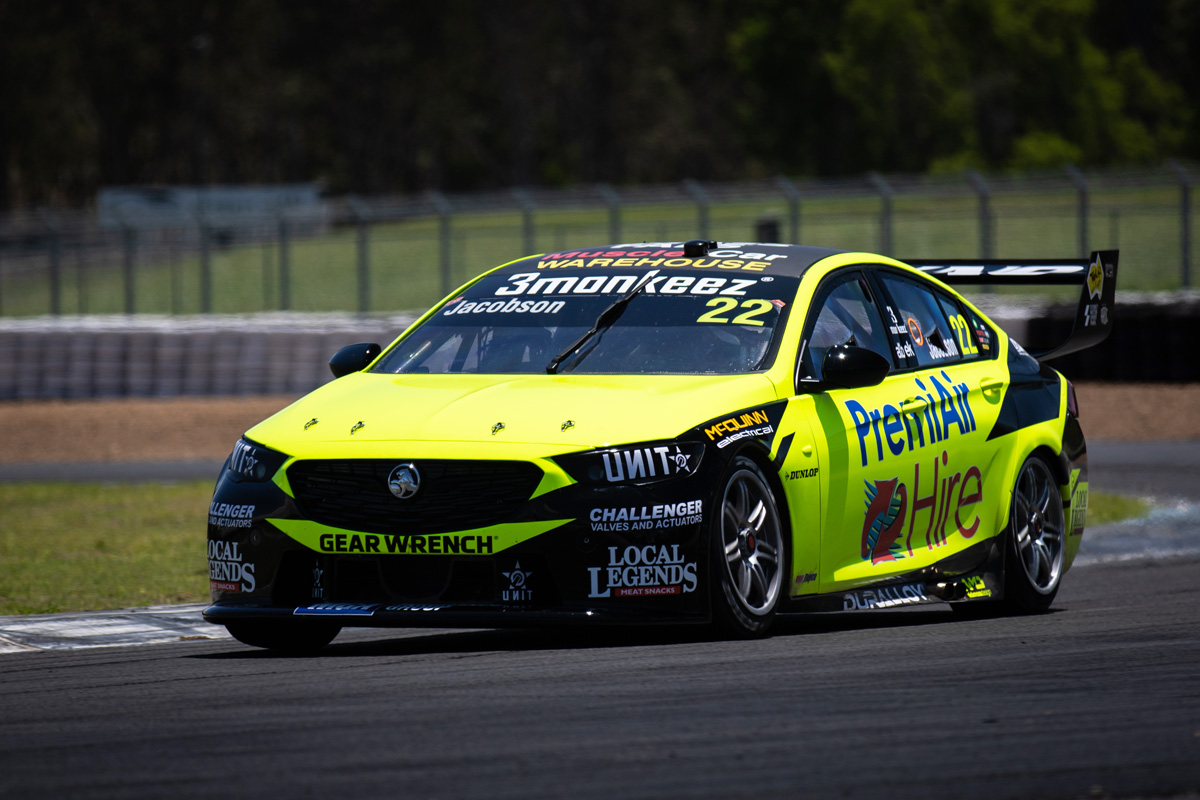 Team Sydney will tackle the back half of the 2021 Repco Supercars Championship with improved machinery after both cars were sent to Triple Eight Race Engineering’s headquarters.

A customer of Triple Eight, Team Sydney took the opportunity during the three-month mid-season break to get its pair of ZB Commodores looked at in detail.

That followed a bruising trio of events in northern Australia prior to the lay-off, with both cars carrying damage into the Townsville double-header.

Fabian Coulthard and Garry Jacobson, plus Team Sydney owner Jonathon Webb who’ll act as the former’s co-driver, are out on track today at Queensland Raceway.

“Well, #19 [Coulthard’s car], after the heavy damage that it sustained at Darwin, needed to go on the jig and Pace [Innovations] was booked out so really we went to Townsville with still a handicapped car,” team manager Geoffrey Slater told Speedcafe.com.

“Post-Townsville was the best opportunity to get #19 up there and get it all sorted out.

“And while #19 was there, #22 [Jacobson’s car] went there as well, and they had some update birthdays.

“It’s always good to spend the time to go over both cars to make sure that they are back to the racing spec that they need to be.”

Team Sydney will return to its Sydney Motorsport Park base shortly as the Supercars season resumes with an Eastern Creek quadruple-header.

That run of events will begin with the Bunnings Trade Sydney SuperNight on October 29-31.

Jacobson is 22nd in the standings, one position and 36 points clear of 13-time Supercars Championship race winner Coulthard.