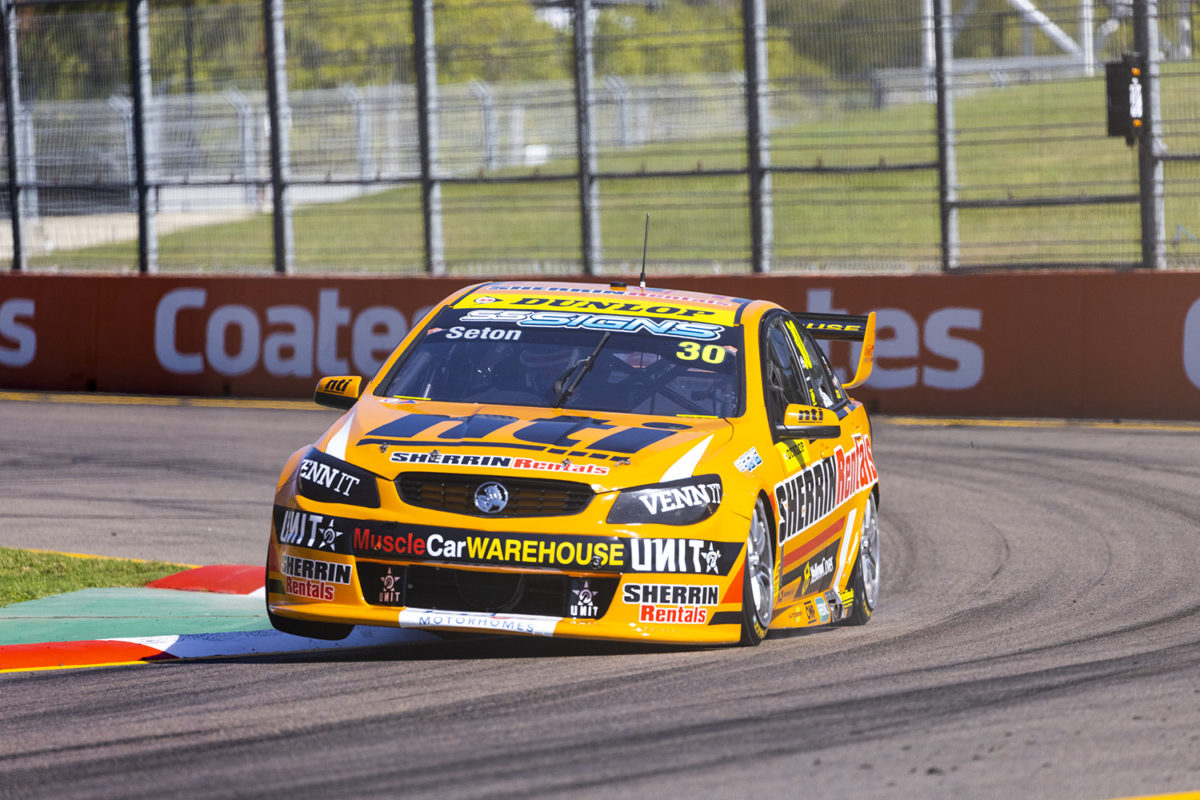 Matt Stone Racing is set to return to a two-car Dunlop Super2 Series programme next year, in readiness for the introduction of the ZB Commodore in that competition.

The team which won the 2017 Super2 title with Todd Hazelwood returned to the series this year, fielding a VF Commodore for debutant Aaron Seton.

The third-generation driver will stay on as an MSR driver in the second-tier Supercars competition in 2022, at which time MSR is planning to field two VFs alongside multiple Super3 entries.

It will continue in a similar vein in 2023, contesting Super2 with its ZB Commodores when they drop down from the Repco Supercars Championship due to the advent of Gen3, and shuffling the VFs into the Super3 class.

“Obviously with Aaron Seton in his first year with us this year, he’ll go into his second year with us next year and continue in his VF.

“A sister car we have for that in our workshop which we currently don’t use, we’re planning on doing a driver evaluation day in that at the end of this year and then running that in Super2 next year, alongside Aaron.

“Also, obviously we run our Super3 programme, which will be two or three cars next year as well.

“Then, moving on into 2023, it’s our intention to drop those two ZBs that we currently run in the main game into Super2 and continue on with the two-car Super2 team, and the VFs would theoretically drop into Super3 at the same point.”

Just one MSR entry ran full-time in the 2019 Super2 Series, while the Yatala squad did not contest the second-tier class at all last year, when it expanded to a multi-car Supercars Championship operation.

With that becoming bedded in, and the team even eyeing a third Racing Entitlements Contract for the top tier, Stone is now looking at further restoring its Super2 efforts.

“We obviously dropped out of Super2 a couple of years ago as we focused on growing our main game programme,” he explained.

“We’ve gone back into Super2 with Aaron this season, and it was always our intention to grow that programme next year back into two cars, basically gearing up to a point so that our ZBs do have a home.

“We’re rebuilding our Super2 programme now, basically looking towards 2023 and having a place for our ZBs.”

Image Racing, somewhat similarly, is likely to run Erebus Motorsport ZB Commodores in 2023, continuing its relationship with that team.

In the current season, Seton holds 14th series standings but has shown flashes of speed, particularly in the most recent two rounds, in Townsville.

He has been racing not just in a Supercar, but also in the National Trans Am Series, which the 23-year-old leads.

According to Stone, the key to unlocking better results will be becoming accustomed to how Super2 drivers race.

“We’re very behind Aaron, and I think he’s shown some great moments of speed,” said Stone.

“The biggest learning curve for him really is just getting to the way that the guys race in Super2.

“Coming out of TA2, where there’s less guys fighting at the front, and, I guess, a bit less ‘racing for sheep stations’ mentality, I think that’s the biggest learning for him; just how aggressive the Super2 racing can be.

“That’s where I think we’ve shown great speed this year, we just need to get our race pace and race mentality at the same level as the competition, and then we should start to see some results.”

Round 4 of the Super2 Series supports the Beaurepaires Sydney SuperNight on November 19-21.