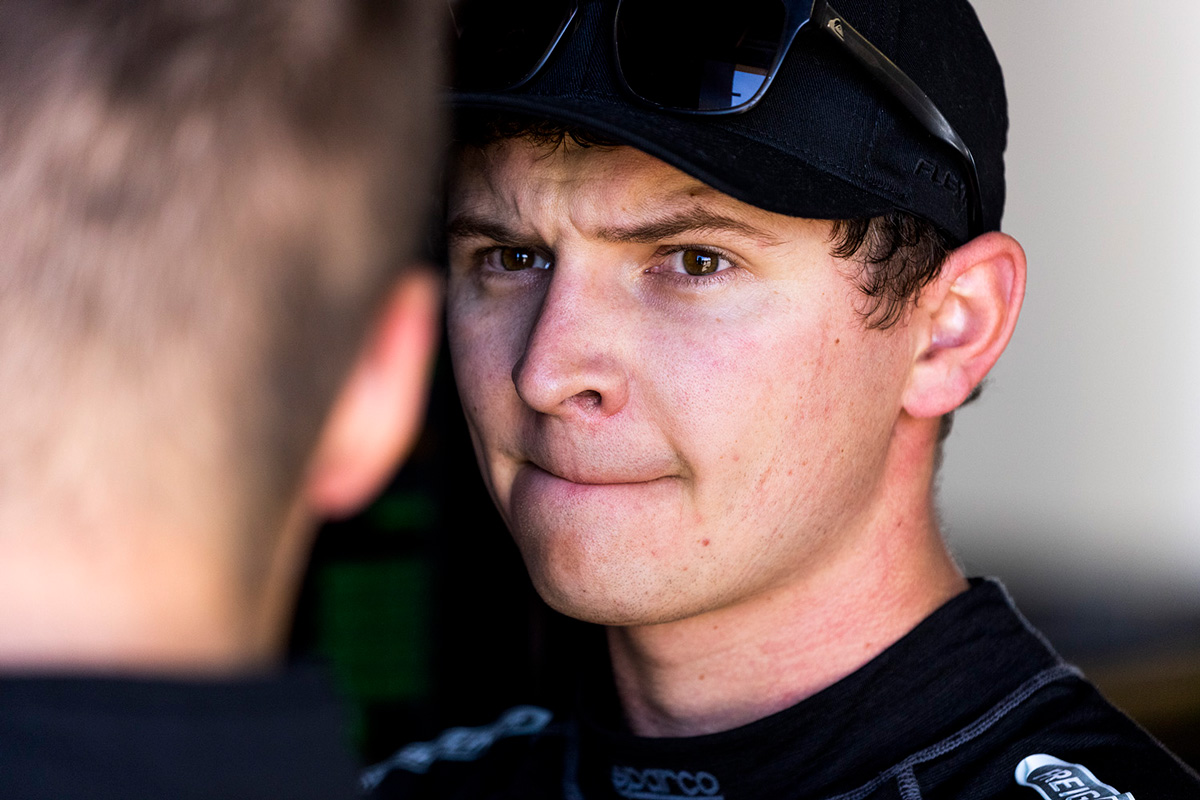 Todd Hazelwood has emerged as the favourite to be named as Jack Le Brocq’s 2022 Repco Supercars Championship team-mate at Matt Stone Racing.

Officially, MSR is yet to announce either of its drivers for next year, with incumbents Jake Kostecki off to Tickford Racing and Zane Goddard confirming he won’t return.

Le Brocq is pretty well a formality, completing an effective driver swap between Tickford and MSR, the 29-year-old having been a race winner just last year for the former Ford factory outfit.

The intrigue has more so surrounded the other seat, presumably the #35, at the Matt Stone-led squad.

Even after Goddard’s withdrawal, at least three drivers remained in the hunt: Chris Pither, James Golding, and Hazelwood.

Further left of field, other available options could include Super2 Series youngsters Jayden Ojeda and Tyler Everingham – both of whom have been in discussions with MSR at one stage or another about a 2021 co-drive.

However, it is Hazelwood whose chances have firmed considerably in recent days.

The 26-year-old is certainly familiar with MSR, having worked with the Yatala squad from 2014-19 in a period that included a Super2 Series crown and a subsequent step up together to the main game.

Despite his departure to Brad Jones Racing at the start of last year, Hazelwood is known to still have an array of allies at MSR.

His standing in the Supercars Championship has for months been in jeopardy after a difficult start to the season, with Bryce Fullwood believed to be in line to more or less replace him at BJR in 2022.

MSR has popped up as a lifeline, and the partnership could well thrive with the team and driver now both far more experienced than when they last joined forces.

Stone yesterday publicly declared the team has locked in its future drivers, with the intention of multi-year arrangements to ensure continuity into the 2023 Gen3 era.

MSR has had the luxury of holding what appears to be the last available seat(s) in the driver market, meaning they’ve been able to take stock and assess their options before committing to a decision.

If Hazelwood doesn’t come to fruition, they’ve got someone like the experienced Pither up their sleeve, who is another Super2 Series title winner, Supercars Championship pole-sitter, and brings a relationship with Coca-Cola.

Golding brings plenty of talent and marketability to the table, having bided his time with co-driving duties at Team 18 and appearances in S5000 open-wheelers since Garry Rogers Motorsport exited Supercars at the end of 2019.

MSR is expected to announce the identities of its recruits shortly, maybe even as soon as later today.