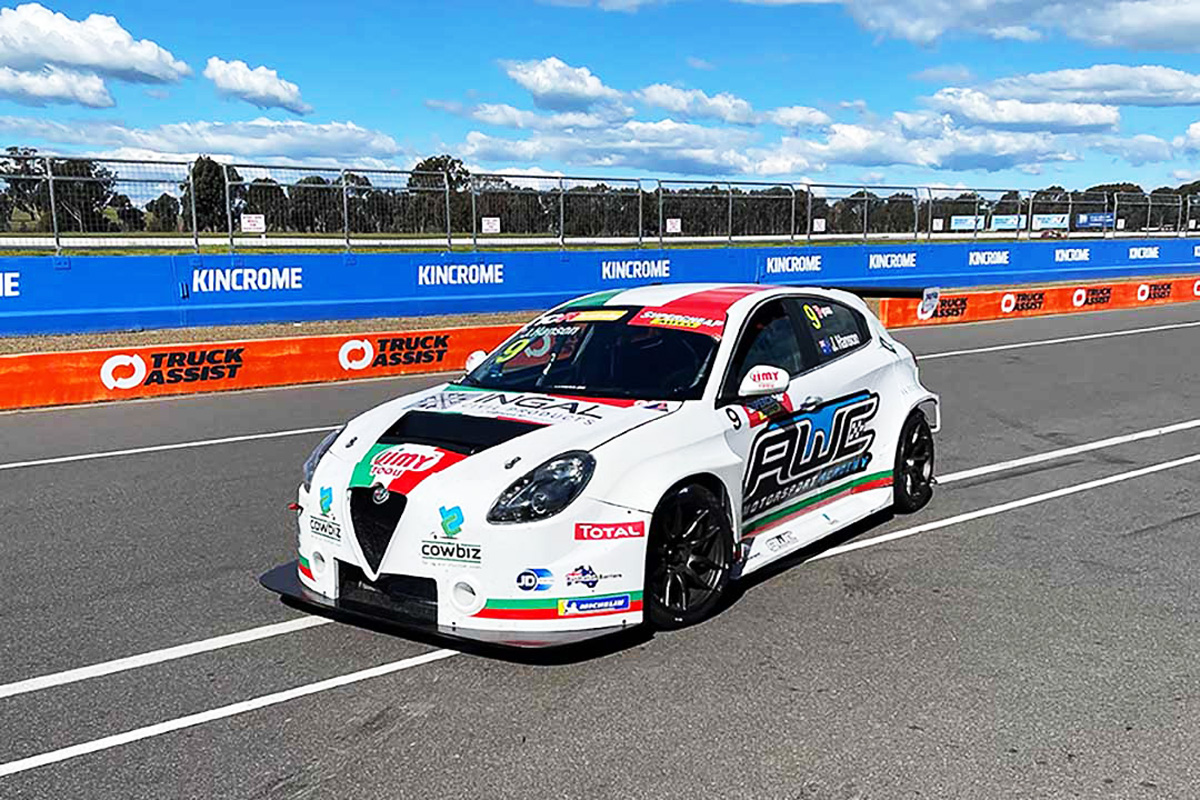 Jay Hanson has finally got the opportunity to hit the track with his new Supercheap Auto TCR Australia team, Melbourne Performance Centre.

The youngster in June announced his departure from Ashley Seward Motorsport, with whom he contested the opening four rounds of the season.

Two months later, Hanson revealed he’d joined forces with Melbourne Performance Centre, although COVID-19 restrictions have prevented the new combination from debuting in competition as yet.

They did, however, get the valuable chance to test his Alfa Romeo Giulietta Veloce TCR at Winton Motor Raceway yesterday, ahead of the TCR Bathurst 400 later this year. Hanson will then switch to a new Audi RS3 LMS TCR for 2022.

“Rolling out of the truck with the new team, it was bang on,” said Hanson. “It felt good right from the early sessions.

“We tried a few tweaks, but other than that we just explored things and the team learnt heaps, while I was getting more track mileage out there.

“It was a perfect day to get back to the track.

“Melbourne Performance Centre doesn’t have any set-up experience with an Alfa Romeo, so it was a learning curve for the team as not only did they have to learn a new car, but also my driving style as well.

“I was also learning to work with the team, but at the end of the day we ticked off a few things and we found what not to do, where not to follow the Audi in some aspects of the Alfa Romeo.

“Heading into Bathurst, we know where to start, what to change and what not to change, so having a test day with the team before the concluding rounds is awesome.

“It wasn’t a serious day. I was getting to know the team and vice versa, plus the Alfa ran fine for the whole time, which is the main thing.”

MPC currently holds a one-two in the standings courtesy of its Audi drivers, Chaz Mostert ahead of Luke King.

“Instead of going into the next event blind we’ve got a quarter of an idea because we’re still learning every lap that we do, but it’s better than having no idea at all,” he said.

“We’ll just keep moving forward and with the team learning the Alfa we’ll just keep getting better and better, which is a good thing.”