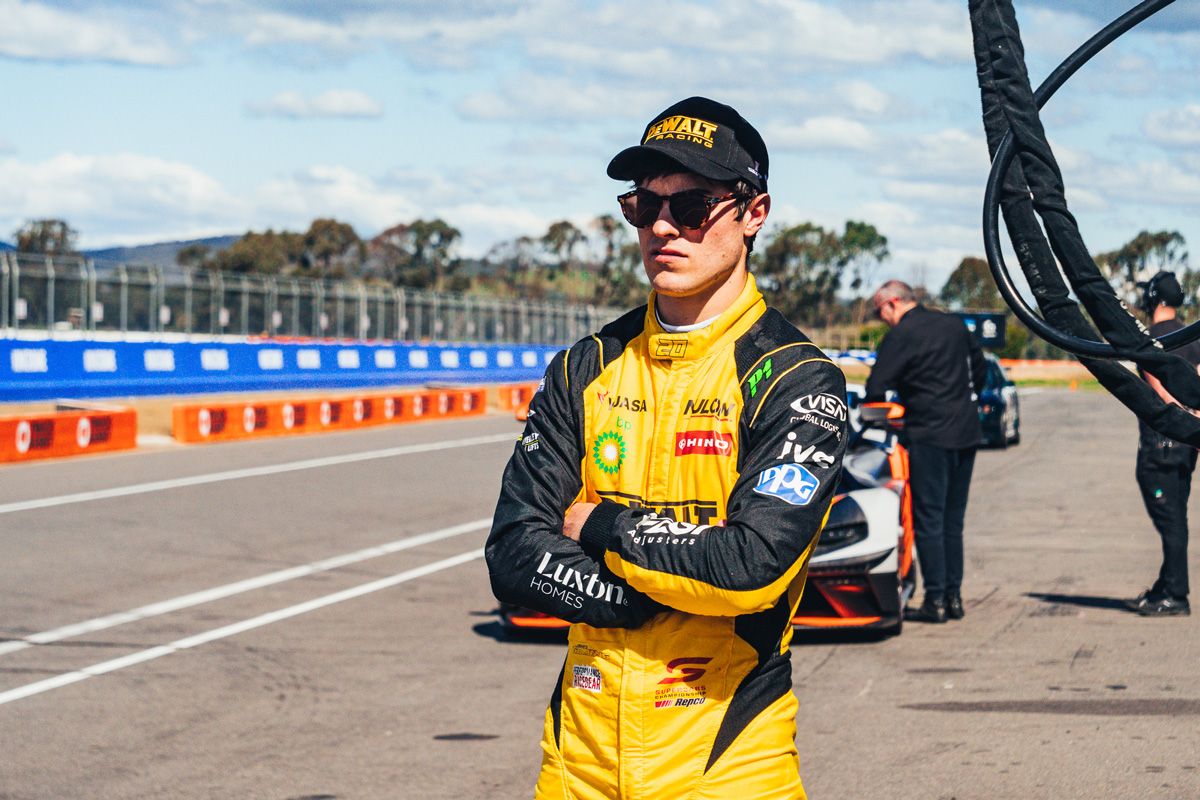 Team 18 joined the grid in 2013 and became a standalone outfit three years later, having started out as a customer operation.

Victory has been elusive thus far, although there have been close calls in recent years, with Mark Winterbottom qualifying on the front row on a couple of occasions and Scott Pye taking a hat-trick of third placings at Darwin last year.

The unpredictable nature of the Bathurst 1000, combined with the team’s usually competitive pace and strong driver pairings, presents an opportunity to spring a surprise come December 5.

Team 18 has not finished outside the top eight in either of the past two editions of the Great Race, while Winterbottom was a top five finisher in both legs of the season-opening Mount Panorama 500.

Having partnered with Winterbottom last year, Golding has switched to Pye’s DeWalt Commodore for 2021.

After getting back behind the wheel yesterday as part of a Team 18 test at Winton Motor Raceway, Golding made no secret of his ambitions.

“We had a solid result as a team last year with sixth and eighth, but honestly we want to aim for higher things for sure,” he told Speedcafe.com.

“So we’ll be giving it our all as we did last year and hopefully if the car has got pace and everyone does a good job on the day, then certainly we’ll have a good run at going for the top step hopefully.”

The 25-year-old welcomed the chance to get his eye in, given co-drivers entered the 2020 Bathurst enduro with next to no in-car preparation under their belt.

“It was straight in cold last year,” said Golding.

“The biggest thing for me was getting used to a different car being a Triple Eight car.

“Other than that, I have always had strong performances at Bathurst so I wasn’t really fazed about jumping straight into it. But yeah, this year it’s good to head there a bit more comfortable, that’s for sure.”

Golding contended for a podium in the 2019 Great Race for Garry Rogers Motorsport, only for a wheel-clip issue to bring him unstuck late in the piece.

He’s not been full-time since GRM withdrew at the end of that year, but has been touted to be in the mix at Matt Stone Racing for 2022 – although Jack Le Brocq and Todd Hazelwood are now considered the odds-on favourites.

“I’m still in talks with teams about full-time drives for next year but that’s all I can say at this point in time really,” said Golding.

“I haven’t lost focus ever since I came out of full-time.

“Obviously it wasn’t planned with GRM pulling out of Supercars, I was sort of left with nowhere to slot in, so I went down the path of co-driving and try to work out a way to get back in that way and get in a good seat.

“Last year we had a good run and I’m sure we’ll have another good run this year… hopefully it works out.

“I’m giving it my all to get back on the grid, I know that I’ve got what it takes.

“I’m going to keep believing that I can do it and keep pushing and never give up and hopefully it comes about and we can get back into where I feel like I belong.”