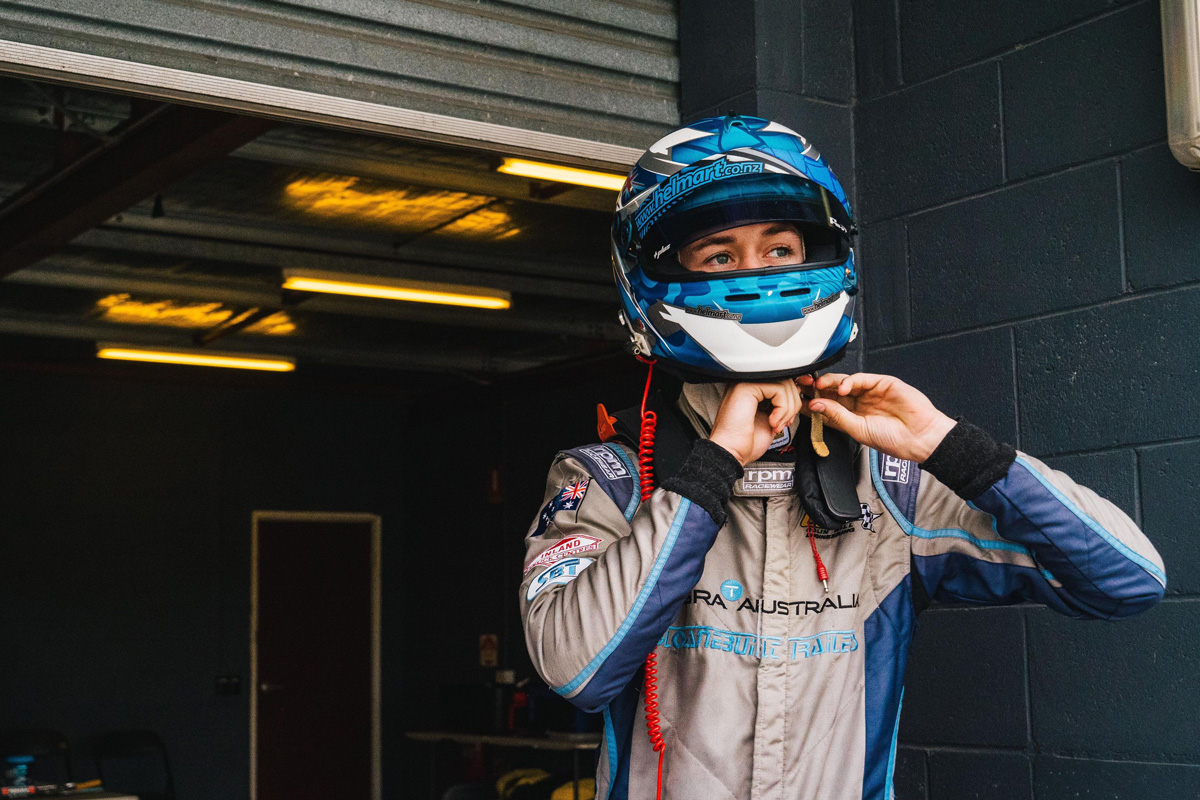 Australian Formula Ford points leader Thomas Sargent has secured a graduation to the Porsche pathway in 2022.

The 19-year-old will move up to the second-tier Porsche Michelin Sprint Challenge on the back of a promising run in open-wheelers this year.

What’s more is that Sargent will step into proven equipment in the form of the car that currently sits atop the Porsche Paynter Dixon Carrera Cup Australia standings with Cameron Hill at the wheel.

With the new generation of Porsches being introduced at Carrera Cup Australia level for 2022, the existing model will be passed down – and Sargent will have Hill’s CHE Racing outfit to run his car.

“A Porsche is one of those brands of cars you dream of racing as a kid, so to say I’m excited for next year is an understatement,” Sargent said.

“I’m very impatient for my turn behind the wheel, but Cameron has a Carrera Cup title to win first.

“We identified Porsche Michelin Sprint Challenge as a logical next step for my career, because it has the exposure benefits of free-to-air television coverage on Channel Seven as part of the Shannons Motorsport Australia Championships.

“It also enables me to participate in the Porsche Junior Driver Programme, which will give me access to excellent opportunities.

“We’ve seen with drivers like Matt Campbell, Jaxon Evans and Jordan Love, that there is the chance to forge a successful international career if you do well enough here in Australia.”

Hill is pleased to see his mentee take the next step.

“I have been unbelievably impressed with Tom’s performances in Formula Ford, both his driving and his feedback to the team out of the car,” said Hill.

“He has the ability to analyse very specific details about how he is driving and how the car is behaving, and he uses those skills to maximise his performances every time he is on track.

“I can’t think of a more worthy driver to take over my Porsche next season and I’m looking forward to throwing him the keys after Carrera Cup has finished.

“Tom has a few more Formula Ford races this year, so we’ll focus on those before giving him some seat time in the Porsche to prepare him for next season.”

Three rounds remain this year in Hill’s quest to clinch the Carrera Cup Australia title: the Bathurst 1000 (November 30 to December 5) and a double round at The Bend (December 10-12).