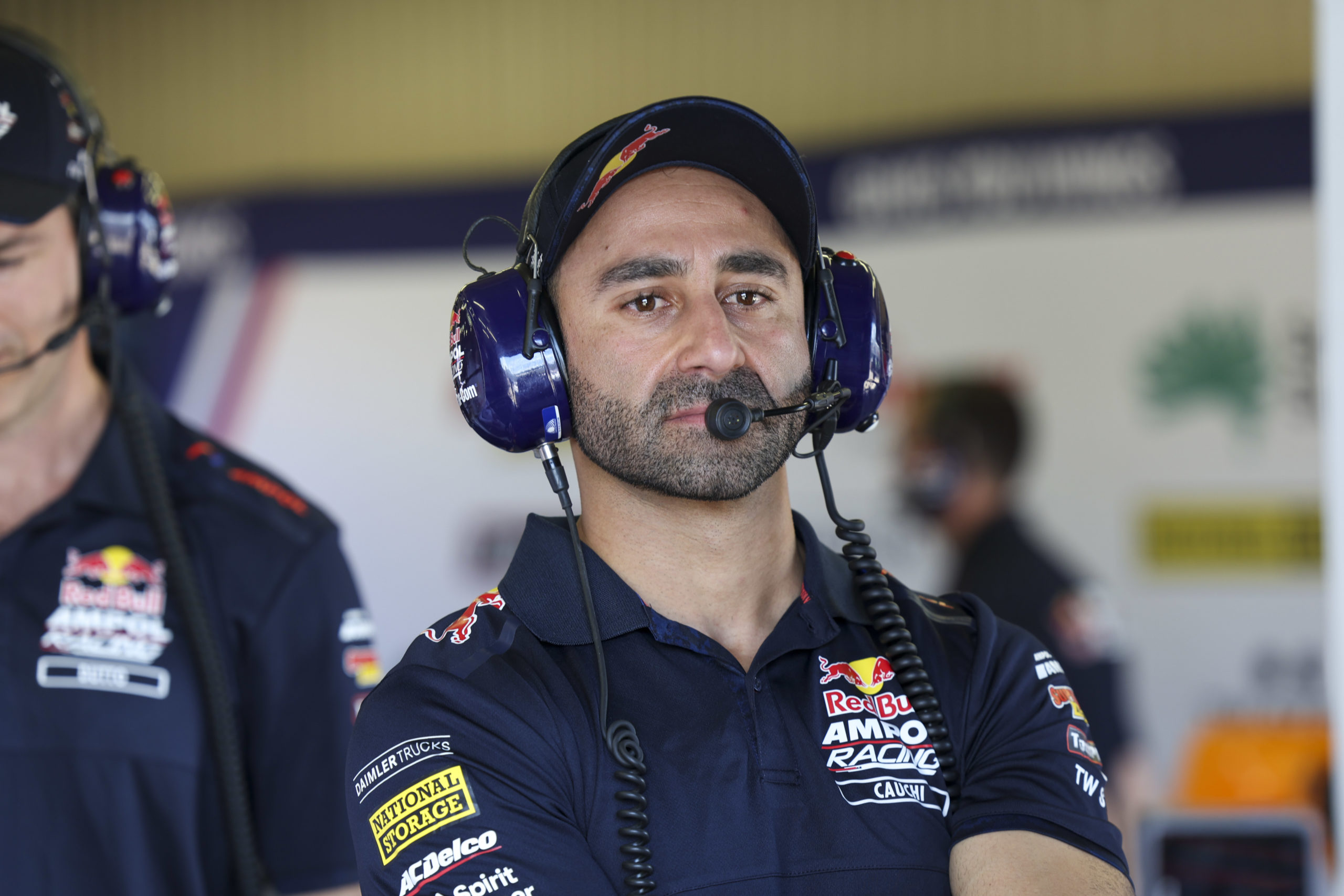 It’s the second such confirmation following news fellow race engineer Wes McDougall will also part company with Triple Eight at the end of this season due to health and personal reasons.

Speaking with Speedcafe.com, Grove said Cauchi’s signing was part of a targeted effort to move them up the grid.

“Cauchi will take on the team principal role. From my perspective, my role will be executive chairman, so I will just oversee the entire business unit.

“For us, we just identified who we thought was the best possible candidate, not just from a technical perspective but a person who can come in and build the team and get the right processes in place to obviously go on and lift our way up the grid. So Cauchi was the only person we spoke to.

“I suppose important thing for us was it was a very targeted approach. We went to the market to get the right person, we didn’t have a scattergun approach, we actually went and targeted the right person that we thought would fit the culture of our business.

“We’re a family orientated team and we thought that his demeanour really fit the balance of our team.”

It’s expected Cauchi will have a period of gardening leave once he finishes up at Triple Eight later this year, as was the case for Grant McPherson at Walkinshaw Andretti United earlier in 2021, which could mean he misses the opening round of next year’s championship.

“It’s a process that has happened pretty quick for us,” Grove said of a possible lay-off period.

“We’re building, it’s a three-year plan for us, so if there’s gardening leave and he can’t operate for six months, then we will just postpone his involvement to that period.”

David Reynolds is set to continue with Kelly Grove Racing into 2022 while it is expected Matthew Payne will come onboard in place of Andre Heimgartner.