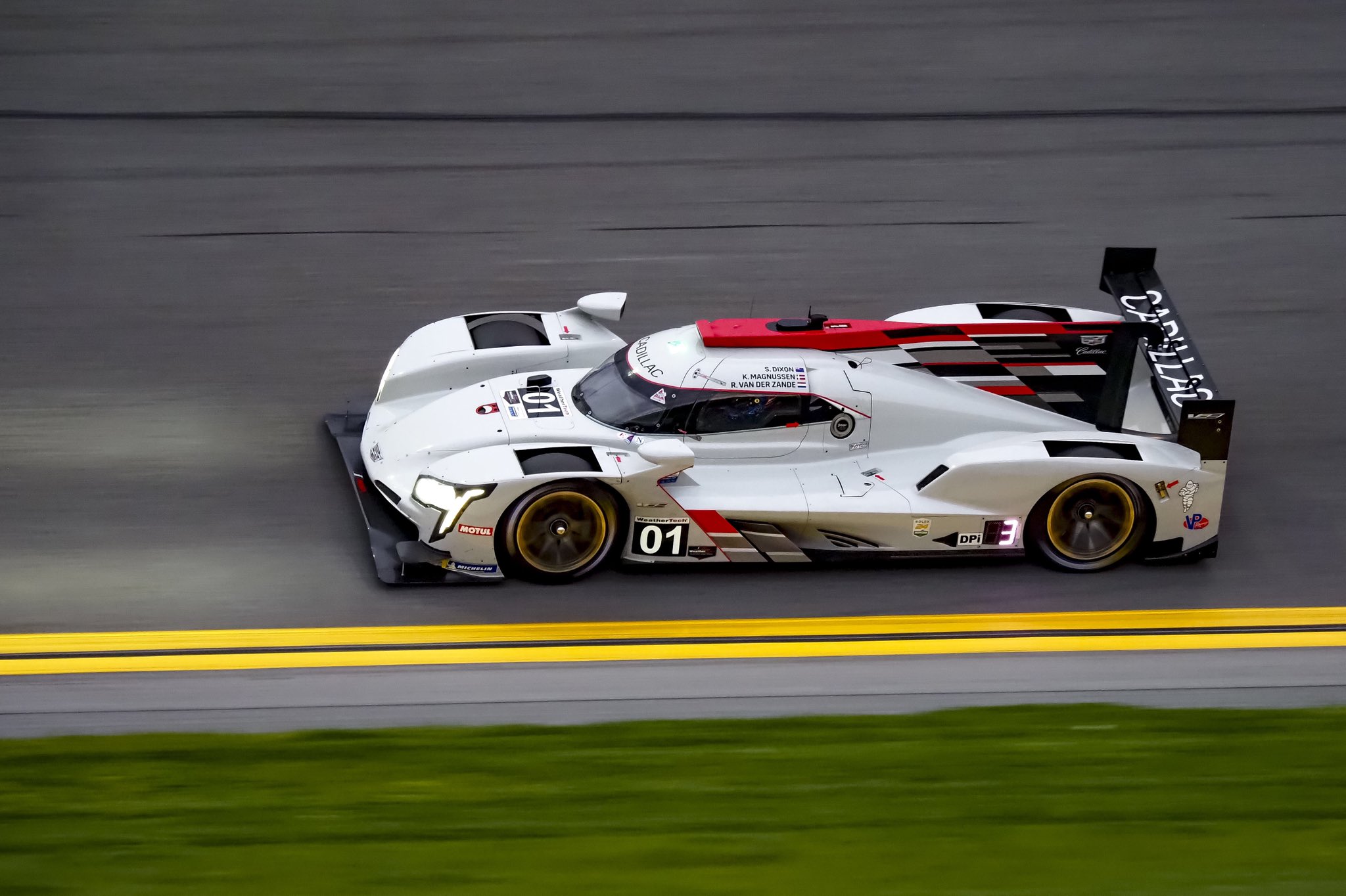 The team will add a second Cadillac DPI-V.R prototype to its line-up to contest the top-flight DPi class.

Driver pairings are expected to be announced in the lead-up to next year’s Roar Before the Rolex 24.

Bourdais joins IMSA full-time from the IndyCar Series having raced this year with A. J. Foyt Enterprises while Lynn arrives after a season of Formula E with Mahindra Racing.

Bamber, meanwhile, has been competing in GT3 racing across Europe and North America.

“I am incredibly excited and honoured to join Cadillac and Chip Ganassi Racing for 2022,” said Bamber.

“When you talk about legendary sports car racing teams you think of CGR.

“They’ve already won their class at Le Mans. It’s a world-class team and it is amazing to see what they’ve done in their first year with the Cadillac DPi-V.R.

“I am also excited to race in the top class of the IMSA WeatherTech Championship.

“I don’t know who my direct teammate will be, but the lineup that the team has put together is awesome and world-class.

“Renger is a Daytona and championship winner already. Sebastien is someone I’ve looked up to as a kid when he was in Champ Car and IndyCar.

“Alex with his Formula E and sports car experience is fast as well. We have a nice mix of talent from different racing series.

“My personal hope is to win at Daytona. It has eluded me for many years as I have finished on the podium multiple times.

“I would also love to win some of the other highlight races and the team and drivers’ championship.”

Bourdais is well versed with the Chip Ganassi Racing set-up having contested the 24 Hours of Le Mans thrice with the team, winning the GTE-Pro class in 2016.

“We have had our fair share of successes in the past and I can’t wait to start working with the drivers like Renger, Earl and Alex.

“This is obviously a bit of a turning point in my career, that will see me transitioning most of my attention to sports car racing, but I remain in the GM family.

“I can’t thank everyone involved enough for their trust and continued support.

“I am convinced Cadillac, Chip, Mike [Hull, managing director], Steve [Eriksen, team manager] and the entire team will give us all the tools we need to drive our cars to victory lane. Bring on 2022.”

The 2022 IMSA SportsCar Championship gets underway at Daytona International Speedway with the Rolex 24 at Daytona on January 29-30 (local time).