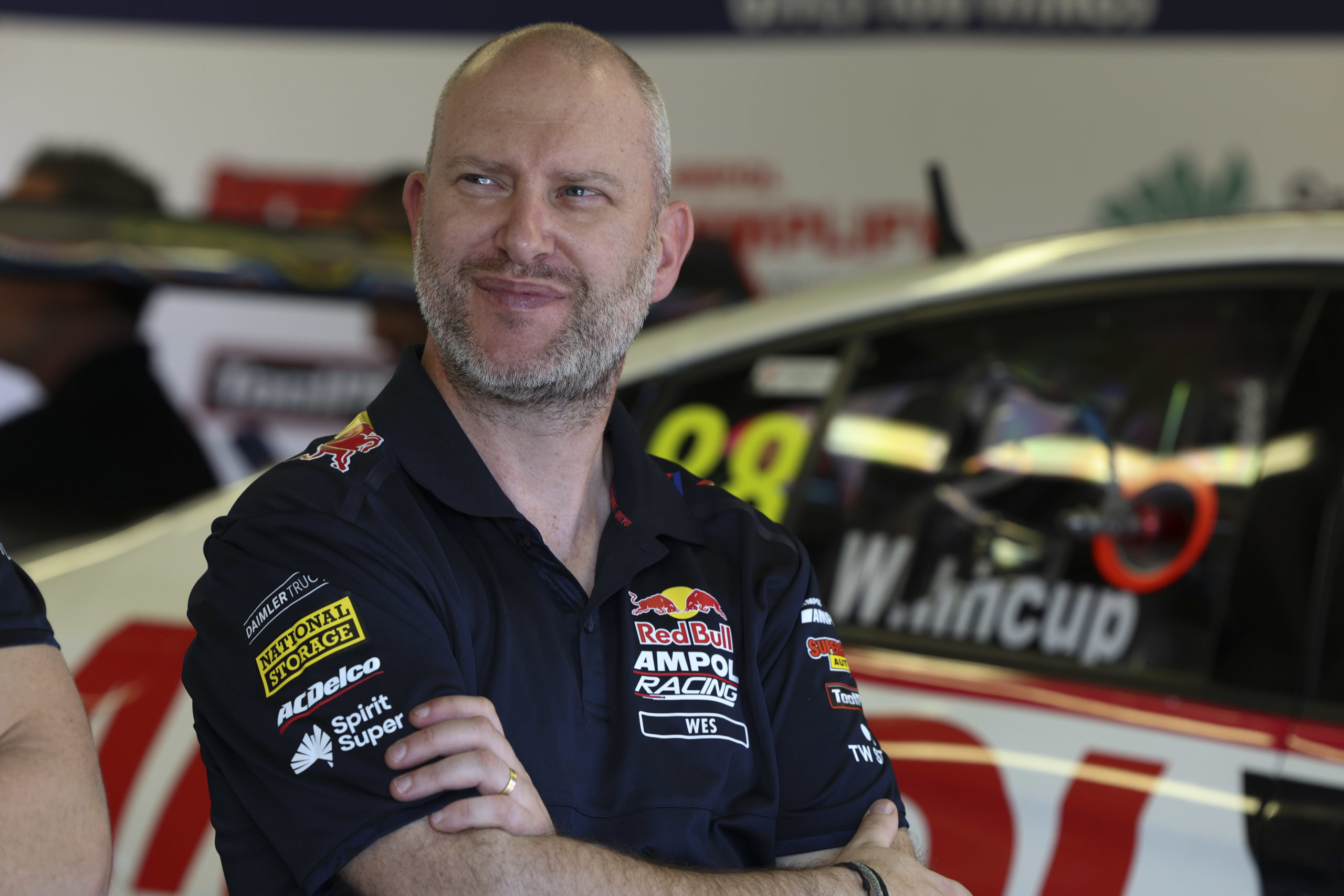 Wes McDougall will leave Triple Eight at the end of 2021. Picture: Mark Horsburgh

Wes McDougall has confirmed he will depart Red Bull Ampol Racing at the close of the 2021 Repco Supercars Championship due to health reasons.

That resulted in a shift within the Triple Eight stable; McDougall joining Whincup while his long-time engineer David Cauchi moved across the garage to work with Shane van Gisbergen.

However, just months out from bringing up a year at the Banyo-based team, McDougall has decided to part company.

“It’s for personal and health reasons, nothing to do professionally or anything untoward like that,” McDougall told Speedcafe.com.

“I’m just trying to look after myself health-wise and be able to spend more time with my family in the future.

“Professionally speaking, it’s been a great year to work with such a professional outfit and class drivers. It’s been everything you’d expect and more. It’s been enjoyable.

“I’m not going to any other team or anything like that, I’m going to have some time off with my family.

“I wanted to do the right thing by the team. They’ve been good to me, so I wanted to give them plenty of time and notice to find someone and not just leave it until the last minute.

“I’m just trying to make sure I look after myself and also help the team and not give Jamie too much of a headache in his management role next year when he starts that.”

McDougall has had a lengthy spell in Supercars dating back to the mid-2000s when he joined Stone Brothers Racing.

After working alongside Marcos Ambrose as his data engineer, McDougall moved into a race engineer role working with the likes of James Courtney, Russell Ingall, Tim Slade, Lee Holdsworth, Alex Davison, and van Gisbergen at the team.

Now, McDougall is ready to slow down.

“I started part-time when I was 15 years old and motorsport is all I’ve ever known,” he said.

“I loved it and I still do, especially at the race track.

“Although I could probably keep on going, I feel now is the right time to stop and look after my health a bit more.

“It was certainly never my intention to stop after only one year when I joined the team. Personal circumstances and things change.

“I’ve got to do what’s right by me and hopefully the team understand and that’s why I’m doing it. I informed them early of the decision so it shouldn’t be a burden on them.”