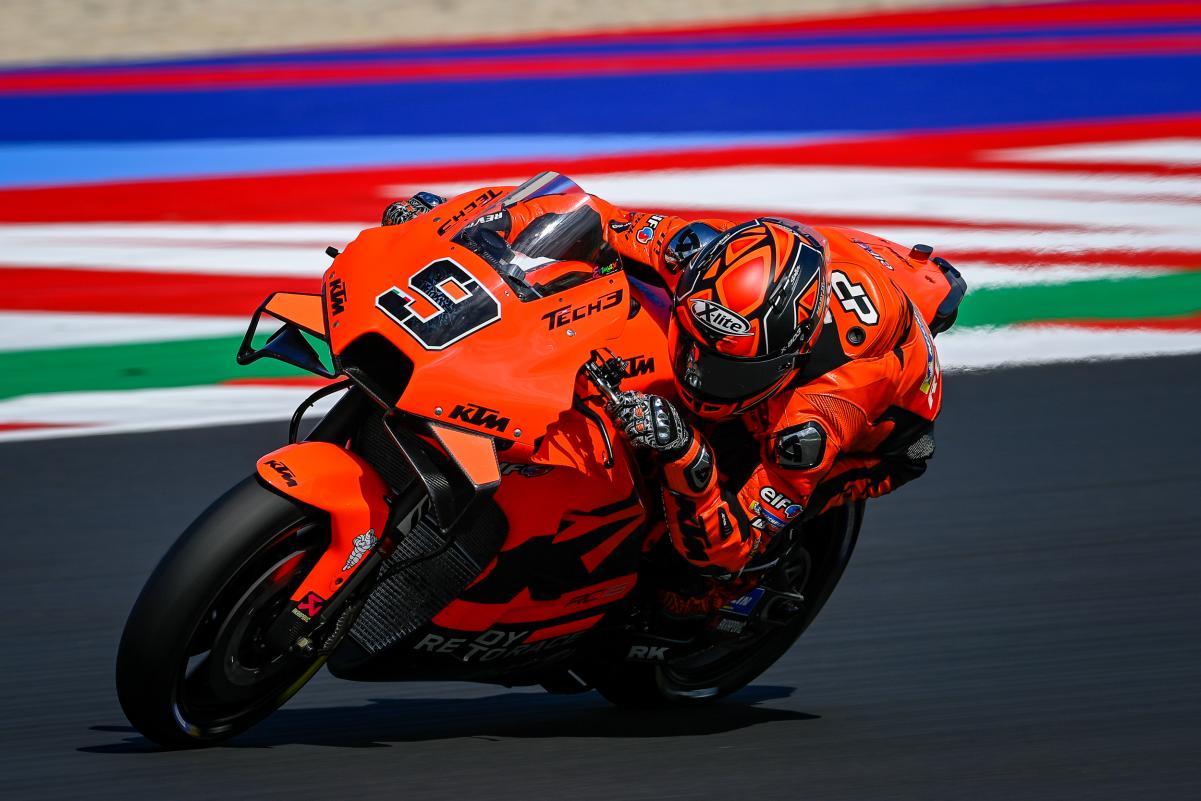 Tech3 KTM Factory Racing’s Herve Poncharal believes that MotoGP’s second round at Misano will be a vastly different proposition to the first despite only unfolding in the following month.

Francesco Bagnaia won the San Marino Grand Prix on September 19, before MotoGP headed across the Atlantic for a round at the Circuit of The Americas.

This weekend, the championship returns to the Misano World Circuit Marco Simoncelli for the Emilia Romagna Grand Prix, an event added to the calendar as a replacement for Malaysia.

While it will be held only five weeks (Sunday to Sunday) after Misano’s traditional event, Europe is now deep into autumn, which should make for different conditions.

“The second round in Misano will for sure be interesting, because although it’s at the same circuit than the first race, things might be quite distinct,” said Poncharal, Tech3’s team manager.

“Clearly, the weather should be quite different to what we had at Misano 1. We even saw that there could be some rain and much lower temperature, so this is going to be a new race with different protagonists in front.”

This weekend’s round is therefore shaping as Danilo Petrucci’s last on home soil, although the Italian appears likely to be KTM’s first port of call should it need a fill-in rider at some point next year.

Poncharal is also hoping that Iker Lecuona’s upturn in form carries on, after the Spaniard showed pace last time at Misano.

“On our side, it could be the very last MotoGP race for Danilo at home in front of his fans, which should be quite emotional,” he added.

“The weather, and especially if we have some wet conditions, could be playing in his favour. But let’s wait and see to be there.

“On Iker’s side, he was really quick in Misano 1. I’m quite sure he is going to improve his feeling with the KTM RC16 there.

“At the moment, Iker is in a really good form and he just needs a little bit of luck to finish in the top 10 one more time.

“The difficult conditions, cold and wet, have never been a problem for him also.”