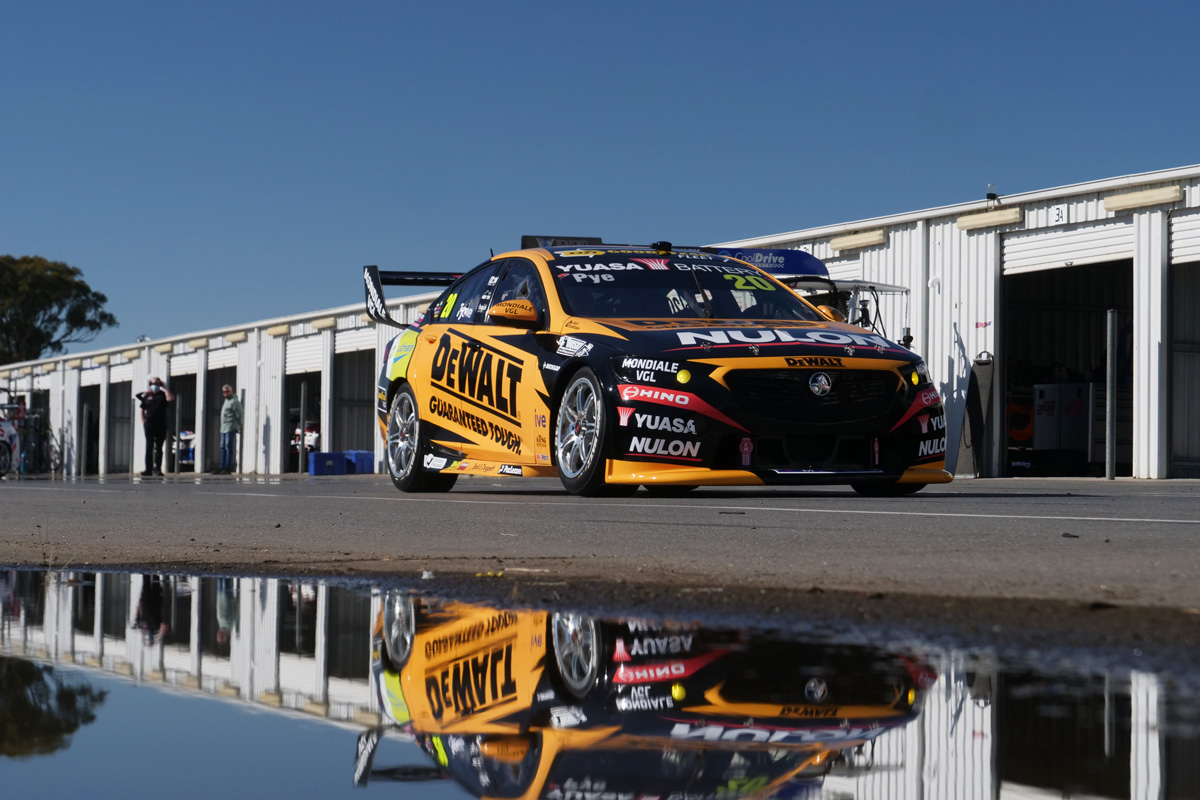 Scott Pye has hailed a relatively smooth return to the race track despite an early mechanical mishap.

For Pye, he admitted to being “super excited” simply at the opportunity to hop back into his Supercar.

There was an early hurdle, though, with the #20 DeWalt Racing ZB Commodore becoming stranded at Turn 2 due to a steering issue – but no more than half an hour was lost, according to the team.

“Today went quite smoothly, we had a small hiccup in the morning which cost us some track time but we bounced back and the crew did an amazing job to get the car back on track as quickly as they did,” said Pye, whose Bathurst 1000 co-driver James Golding was also present.

“All-in-all the car was fast, we focussed on some Sydney set-ups and it also gave myself a good opportunity to practice some starts as well as our pit stops, really just to familiarise myself again with all those procedures we need to have in place to be confident going into the Sydney races.”

Team 18 head of engineering Richard Hollway substituted for Pye’s regular race engineer Phil Keed, the latter being stuck in Queensland for the time being.

“We missed Phil Keed today, unfortunately he couldn’t get down here from Queensland but it was amazing how the team worked with Phil remotely, and Krusty [Hollway] stepped up to the plate and did a great job today.

“We’re looking forward to going to Sydney Motorsport Park and giving it our best shot in the final races of the season.”

Pye’s team-mate Mark Winterbottom was similarly delighted to be back cutting laps.

“It was fantastic to get back in the car today,” said the 2015 Supercars champion.

“It felt a bit foreign doing those first laps, that’s the longest off-season or mid-season break we’ve ever had out of the car.

“By the third lap I started to feel on the pace and straight back into it.

“It’s been a good day, a big day as we had a pretty intensive programme to go through and we found some really good results out of it.

“We’ll take a good test day under our belt as we head to Sydney Motorsport Park, and fingers crossed if we’re good there we’ll get four cracks at a top result.”