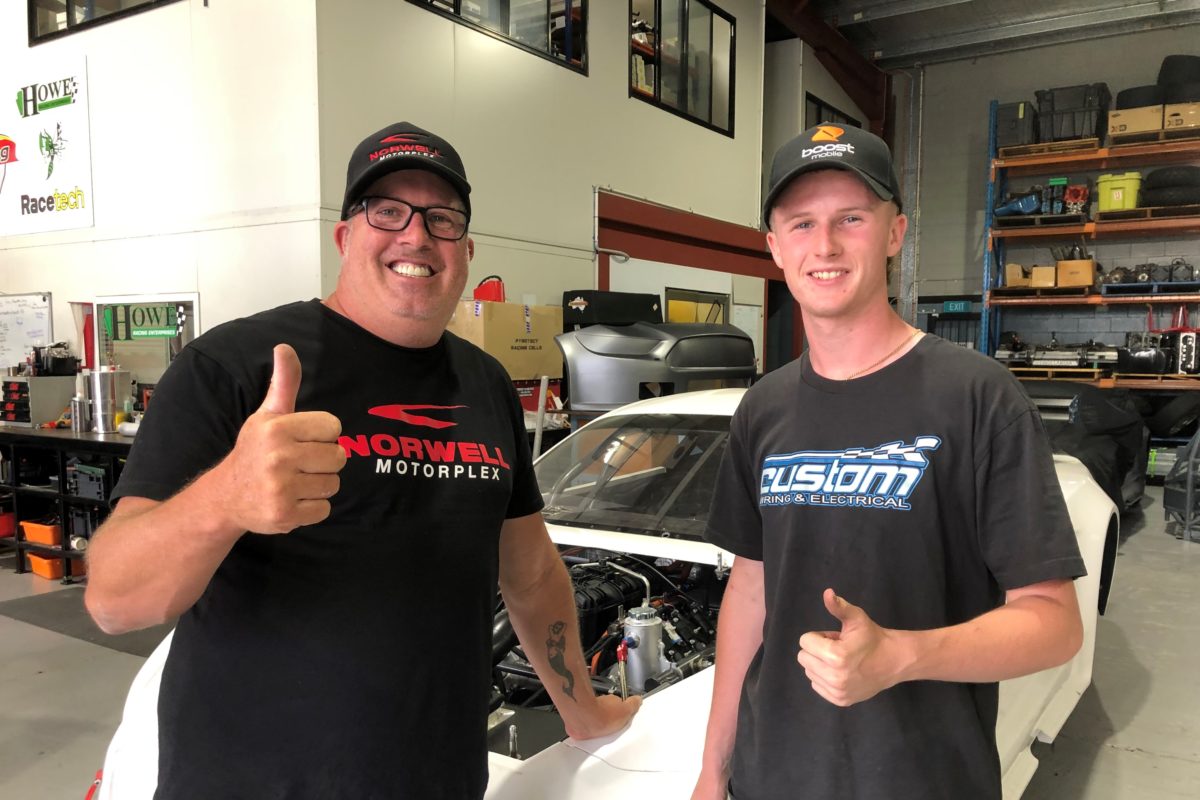 Paul Morris will field son Nash in his own, newly-acquired TA2 car this weekend at Queensland Raceway.

He had already run Nash in a Ford Mustang belonging to Karl Begg, and prepares a car for Chris Pappas, but now owns a Mustang himself.

“I just love the concept that Peter Robinson [series founder] and the team at TA2 have come up with,” said ‘The Dude’.

“These cars are the real deal and the perfect place for someone like Nash to develop his skills and race hard in a relatively low-budget environment.

“I just hope no one changes the specs on these cars over the next few years as they are just perfect the way they are. Fast, competitive, cost-effective to race, easy to repair and totally-controlled so no team can get a technical advantage.

“This is why guys like Aaron Seton, Nathan Herne, Chris Pappas, Jett Johnson and now Nash have jumped on board. It’s the best motorsport bang-for-buck around.” The Queensland Raceway event forms a round of the TA2 Northern Series, one of the two competitions implemented earlier this year to maximise racing while borders are problematic.

Jett Johnson, son of Steve, leads after the first two rounds at the Ipswich circuit, while Nash Morris boasts a race win on debut when he drove in TA2 at Sydney Motorsport Park in March, and took a podium in the most recent National Trans Am Series round at the same circuit in May.

Round 3 of the Northern Series forms part of the Queensland Racing Drivers’ Championship bill, with action to take place on October 23-24.