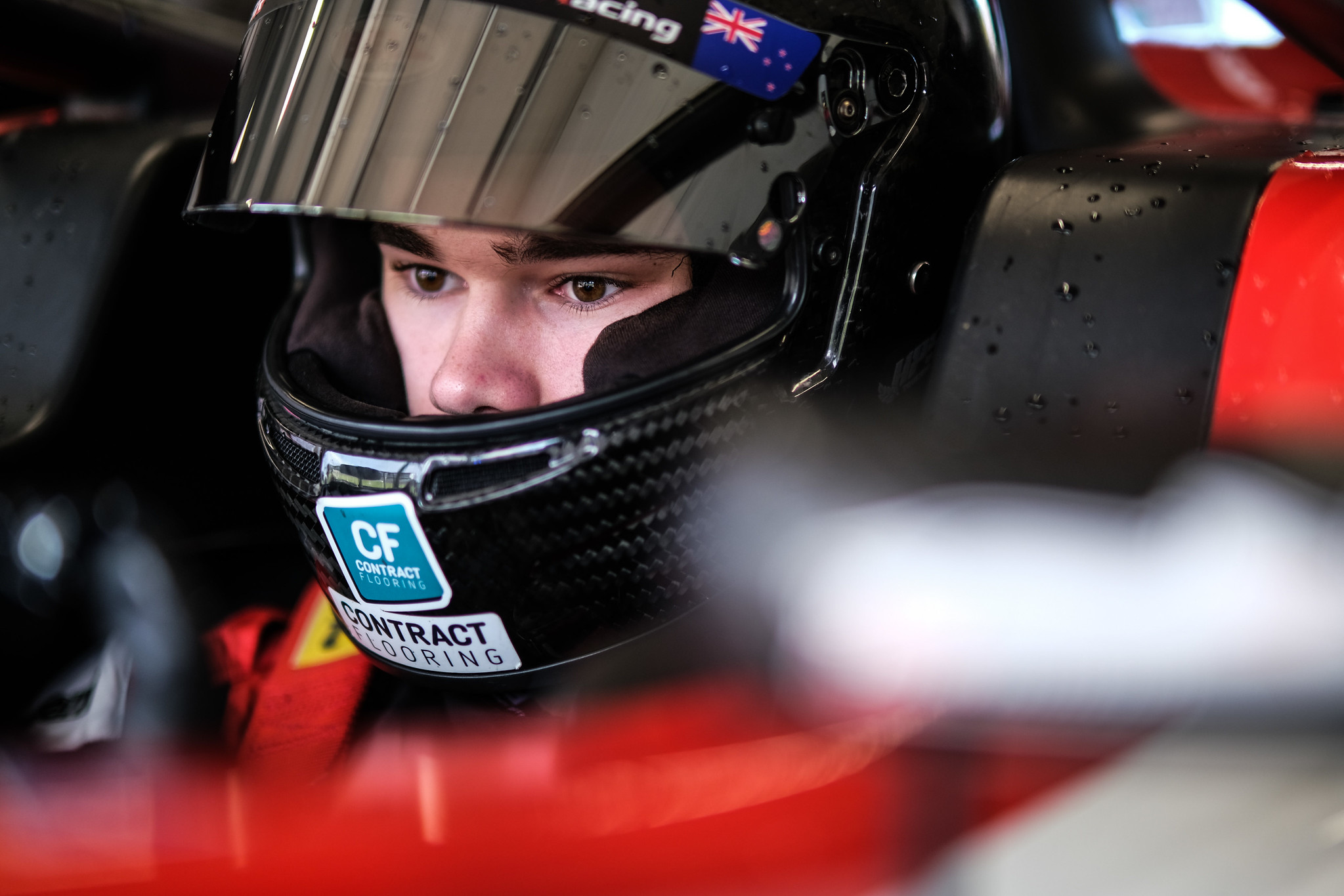 Earl Bamber Motorsport youngster Callum Hedge will fly to Europe this week to contest the final round of the 2021 Formula Regional European Championship.

Having been stuck in lockdown in Auckland for multiple months now, the 17-year-old will depart New Zealand on Thursday and head to Monza for an October 30-31 race meeting.

The open-wheel opportunity comes at a time when Hedge has been forced to abandon the rest of the Porsche Michelin Sprint Challenge season, which will finish with a double round at The Bend on December 10-12, due to travel restrictions.

Hedge had sat third in the standings, including one race win.

“We were in actually a really good spot,” he told Speedcafe.com.

“We had a number of issues with our car in the first few rounds and actually only just worked them out and got on top of it and then we didn’t actually end up getting to go and race with our improved package, which was a bit of a shame.”

With EBM’s current Porsche Paynter Dixon Carrera Cup Australia driver Matthew Payne in line to drive in the 2022 Repco Supercars Championship for Grove Racing, Hedge is the logical choice to graduate to the top-tier Porsche series.

But his focus hasn’t fully switched to 2022 just yet.

“I’m actually going to leave New Zealand on Thursday and we’re going to race at Monza in the Formula Regional series,” said Hedge, who will compete for G4 Racing.

“So that will be pretty cool to get out of the country and go race in a really competitive championship against teams like Prema, ART and Van Amersfoort.

“It actually just came about because I can’t race in Australia, so I just went on Google and found the series.

“We got in touch with the people and our contacts that we know from New Zealand who know teams over in Europe and that got us in the door and we got it across the line about a week ago.

“It’s good that we get to leave, do a race, do some testing, and get a whole bunch of laps under my belt in a year where we haven’t really got that much driving.”

Following Monza, Hedge will return home, with an eye on the 2022 New Zealand Grand Prix across February 11-13 at Hampton Downs.

“The Grand Prix is definitely something we’ve looked at quite a bit. We’re pretty much sorted to get a drive across the line for that race,” he said.

“We want to definitely give it a crack and see if we can get it up the front and possibly put our name on the trophy.”

And as for being on the pathway that has already come up trumps for fellow Kiwi teen Payne?

“I think to go with that name and that brand, obviously Porsche New Zealand and Earl Bamber Motorsport, I think is really good to work on your profile and build it up,” said Hedge, who admitted he’s not too fussed on which championship his career ultimately takes him to.

“And then obviously [Earl] has a lot of contacts and can open doors like he did for Matthew with the Groves.”