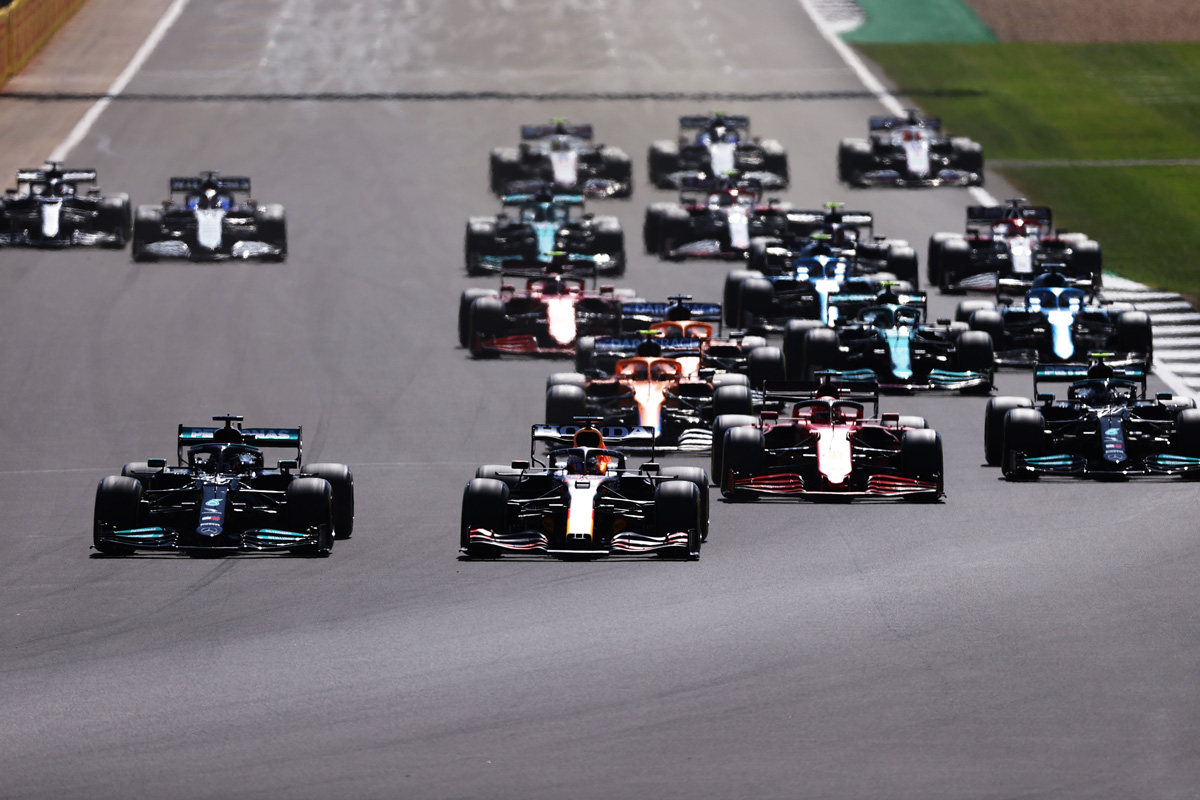 Formula 1 CEO Stefano Domenicali has revealed there has been strong interest in future editions of the championship’s new sprint event format.

Sprint qualifying debuted at the British Grand Prix in July, making a generally positive first impression with an entertaining three days of action.

It seemed less of a hit at Monza last month, and now has one trial to come, at Sao Paulo on November 12-14.

In essence, the format sees just one practice session before Friday qualifying, which sets the grid for a Saturday sprint race, the finishing order of which becomes the starting grid for Sunday’s grand prix, which remains the main event.

Writing in his column on the official Formula 1 website, Domenicali said he’s been pleased with how it’s gone thus far.

“We are pleased with the learnings from the first two F1 Sprints,” wrote the Italian.

“What is clear is that it changes the dynamic of the weekend but we want to wait until the last test in Brazil and then prepare the right package for the future.

“The highlight must be the format of the weekend. Starting from Friday, action mode is fully engaged. It’s why the promoters are happy.

“We have received requests from a lot of promoters to host the Sprint.

“From a sporting perspective, we have seen that the less time you have to practice, the more unpredictable the action is on track in qualifying and the race.

“There is some fine tuning we need to do – but we are working through that now.

“It’s always easy to be negative and not change but we push to go in this direction because we see the enthusiasm from young generation and the wider interest from those around the world.”

Domenicali also noted his excitement about what the final six rounds of 2021 will bring, with it all to play for between title protagonists Max Verstappen (Red Bull) and Lewis Hamilton (Mercedes).

“Last time we found ourselves in such a tight fight for the championship, I was on the team side at Ferrari, with the title going down to the final race in 2010 and 2012 – so I know what it means to live this kind of intensity,” he said.

“It’s fantastic for Formula 1 to have such an intense fight, but I don’t want to only focus on that, as we have the fight for other positions.

“McLaren and Ferrari, for example, are battling hard for third. And we have battles all the way down the field, with the final positions in the constructors’ championship critical for teams regarding their positioning for the future.

“I can’t wait for the next six events as they are six opportunities for something new and incredible to happen in what has so far been one of the great seasons in F1.”

The F1 season resumes this weekend with the United States Grand Prix at Circuit of The Americas.