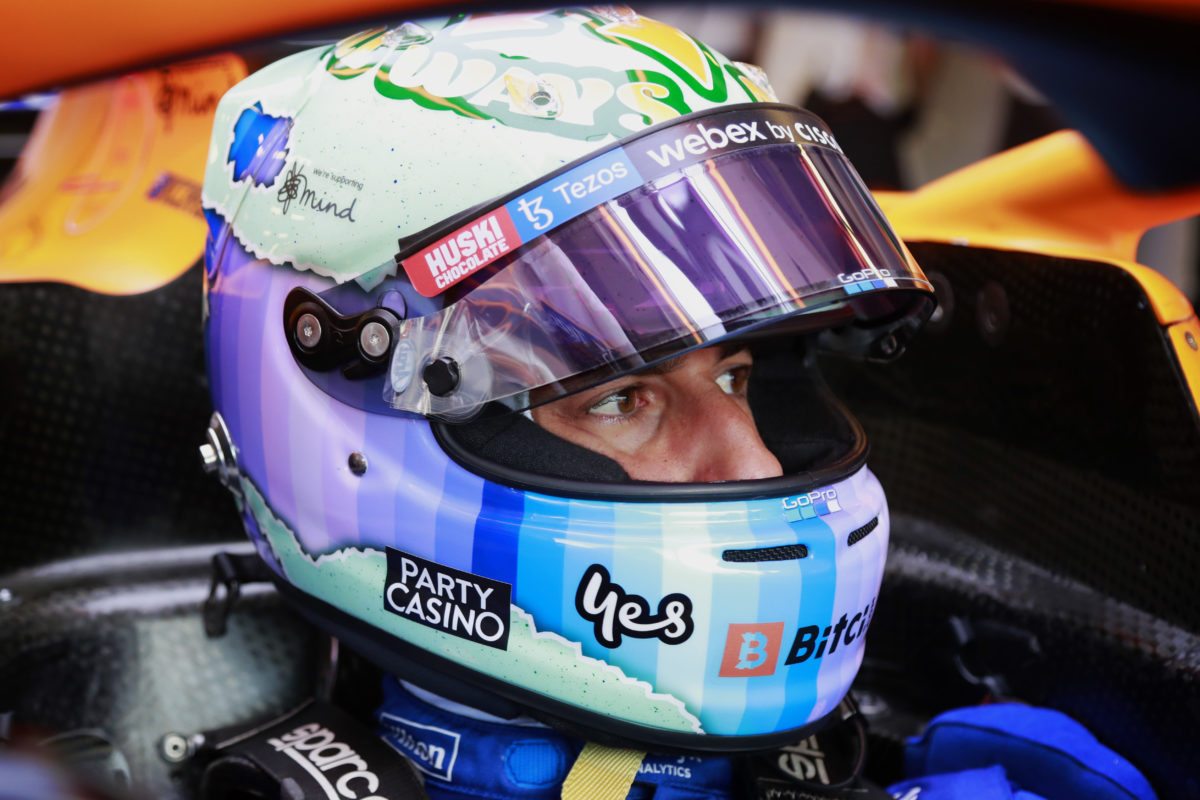 The frustrated Spaniard was outspoken in his criticism of the way track limits were policed on the opening lap of races when asked about the topic ahead of the Turkish Grand Prix.

That followed Alonso deliberately taking to the run-off area at the start of the Russian Grand Prix a week earlier as he looked to make a point.

The 40-year-old has been critical of the way track limits have been enforced on the opening lap of races this season, arguing drivers are given too much licence.

Of particular note was a moment at the Red Bull Ring, with Alonso alleging Ricciardo left the track at the first corner and passed his Alpine.

While unable to recall the moment, the McLaren driver didn’t deny it but did agree with the two-time world champion’s point.

“He obviously felt at times this year that he was hard done by or people gained an advantage,” Ricciardo said.

“I think it [Russian GP start] was his way of saying, kind of ‘screw everyone, I’m going make it really obvious and see how many people talk about it’.”

It duly prompted interest from the media, with Sky Sports analyst Karun Chandhok noting Alonso had practiced the move on his lap to the grid pre-race in Russia.

“I’ve been the idiot on track for most of the championship while I’ve been overtaken from the outside of the asphalt [by] many people in the first couple of races, and even in Austria – remember Austria 1 or Austria 2 – and nothing happened,” Alonso said in Turkey.

“And there were no questions on the following race and now after Sochi there is a question.”

Ricciardo shares Alonso’s view that drivers leaving the racing surface should be penalised or, at very least, be made to give back any advantage they gained, and can understand his frustration at the perceived inconsistency with the application of the rules.

“Of course it’s frustrating if someone goes off and passes you, you’re like ‘you’re not on the track’,” he said.

“Obviously, he [Alonso] felt at times it has been inconsistent, maybe so.

“He’s probably the most experienced guy on the grid, so he probably knows better than most of us.

“I think the biggest one is, if you’ve gained an advantage from going off the track, then you need to do something about it and give it back.

“So yeah, I guess there is some inconsistency.”