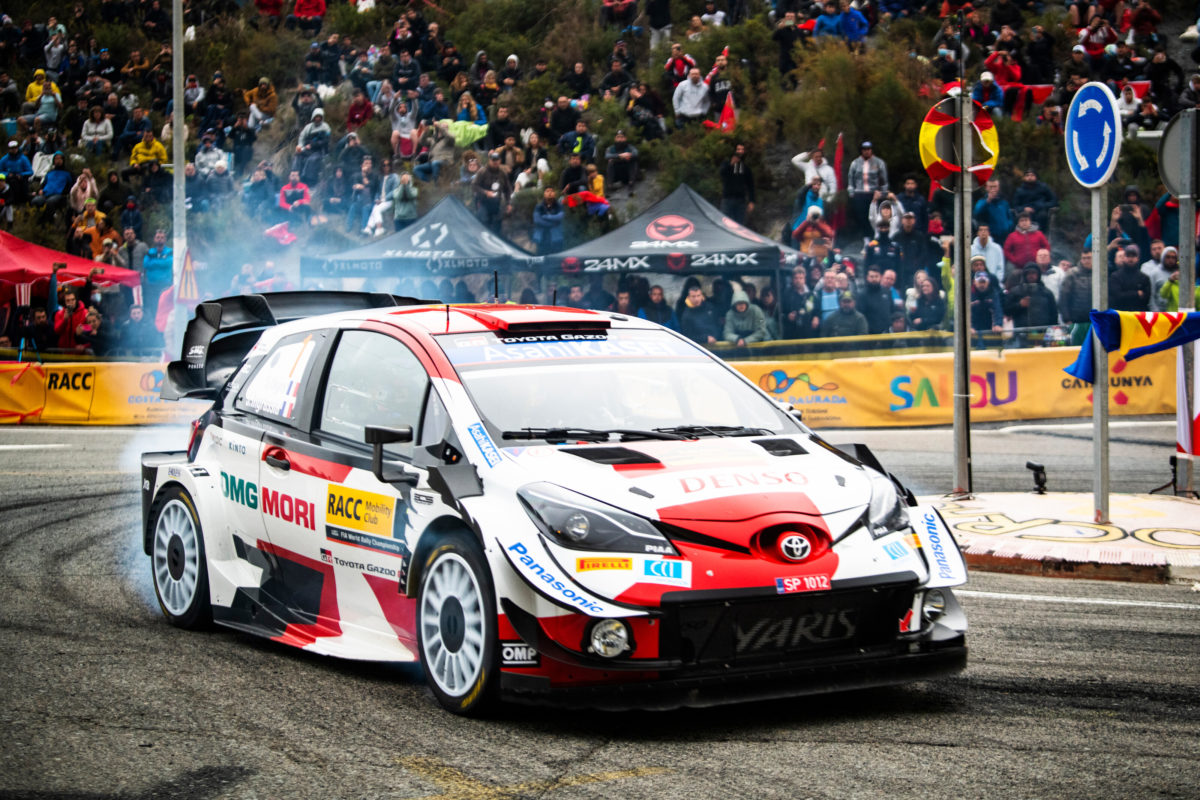 Sebastien Ogier negotiates a roundabout on a special stage

Sebastien Ogier has been fined around AUD 3000 after committing a traffic offence and failing to stop for police at Rally Spain.

The sanction comes after the World Rally Championship leader had already been issued a suspended ban and fined following a traffic crash and driving which endangered a police officer at April’s Rally Croatia.

This time around, Ogier illegally overtook a vehicle on a road section on his way to a special stage during the penultimate day of competition in Catalunya.

The latest, EUR 2000 fine was issued to the Toyota driver following a hearing on the Sunday morning of the event.

“The crew of car No. 1 overtook a car driving in front of them on a road section using the hard shoulder on the right-hand side on Saturday at 17:22,” read the stewards report.

“They also did not stop when being shown to do so by the police officer at the incident site.

“The driver was fined by the police for the two infringements.”

Drivers are compelled by sporting regulations to obey local traffic laws, with Ogier admitting to the initial breach.

However, the seven-time world champion claimed that he misinterpreted the police signal.

“At the roundabout where the incident had happened the road was blocked by the police,” the stewards report also noted.

“He admitted having overtaken the car in front of him on the right-hand side and he apologised for this lapse.

“Nevertheless, he stated that he had not understood the hand signs made by the police officer because the officer was not in front of the car queue and very often such signs are made to help the rally cars drive through the traffic jam.

“Furthermore, he added that he drove through the roundabout at low speed.”

Despite the incident occurring within six months of the Croatia crash, the suspended ban has not been enacted.

Stewards added, based on correspondence with police, that the signal given to Ogier “may not have been clear as the officer was not placed directly on the driving line of the car.”

Furthermore, regarding the suspended punishment arising from April, “Mr Ogier was already penalised during this season for a similar offence. However, the Stewards, having considered the mitigating circumstances surrounding the case, concurred the above penalty was consistent and appropriate.”

It does, however, come after he was fined EUR 200 just two days earlier for wearing his balaclava outside his race suit.

In the previous event, Ogier was penalised one minute and fined EUR 800 for failure to fasten his helmet correctly.

The 37-year-old went on to finish fourth overall in Spain, one position behind team-mate Elfyn Evans.

Ogier will take a 17-point advantage over Evans at the top of the championship into the 12th and final round of the season, Rally Monza, on November 19-21.